Towardsdatascience. I’ll start off by sharing how and where I got the information to create this analysis. 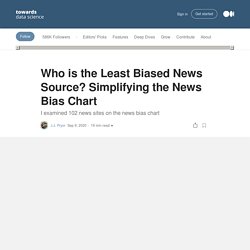 I feel, now more than ever, that there’s already far too much bias in the information on the web. As such, I tried my best to remain neutral in the following analysis. If you spot any errors or corrections needed, please comment and I’ll take a look. Source #1: Ad Fontes Media The initial data set I went to find was a statistically backed source of media bias and truthfulness. This is a seemingly impossible task to accurately track.

Consider the thousands of news stories and opinion pieces that are published every single day. Now multiply this by all of the blogs, opinion sites, and media organizations putting their own version of each story out into the web. Then imagine that happens every single day, and multiply the numbers by decades. It’s easy to see the insurmountability of such a project. And yet — in steps Ad Fontes Media. If you haven’t heard of them, they’re responsible for the Media Bias Chart: Crystal Wash review: Does this detergent alternative actually work? - Reviewed Laundry. When we first heard about Crystal Wash, we immediately thought of all those "laundry balls" that appeared on home shopping channels in the 1990s. 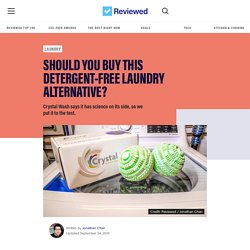 The majority of these were determined not to work, and it turned out a lot of the companies that made them were actually multilevel marketing scams. However, in recent years, the demand for eco-friendly laundry solutions has increased. So we decided to put the Crystal Wash to the test. Specifically, we were interested in looking into the claims that these plastic and ceramic balls could deal with tough stains anywhere near as well as traditional laundry detergents. The Claim On its website, Crystal Wash claims that its laundry balls are filled with bioceramics—the same materials that some hip replacements are made of. Credit: Crystal Wash The company states that its bioceramics increase the pH of water by 0.6 after only 15 minutes of exposure. This sounded a little far-fetched to us, but we decided to keep an open mind.

The Test The Results. Researchers Show That Men With Beards Carry More Germs Than Dogs. More germs can be found in men's beards than in dogs' fur, as to a new research shows. 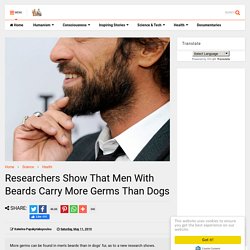 Researchers at Switzerland's Hirslanden Clinic took swabs from the beards of 18 men and found that every beard contained bacteria. A team was testing whether it was hygienic to let dogs into the same MRI machines as humans and compared the beard samples to swabs taken from the necks of thirty dogs. All the bearded men, aged between 18-76, showed high microbial counts, while just 23 out of 30 dogs had the same. The rest had moderate levels. 7 beards harbored germs which could be harmful to human health. "Our study shows that bearded men harbor a significantly higher burden of microbes and more human-pathogenic strains than dogs," said Andreas Gutzeit. "On the basis of these findings, dogs can be considered as clean compared with bearded men," he added.

Beard hair is coarser and more curly and, therefore, traps dirt more easily, with hair around the nostrils and mouth the prime hotbed for bacteria. Do the Gains from GEAR UP Participation in School Fade Out in College? A Follow-Up. Cancer Institute Finally Admits Marijuana Kills Cancer. Learn About Clinical Studies - ClinicalTrials.gov. Contents What Is a Clinical Study? 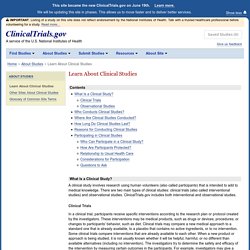