The Only Raspberry Pi XBMC (now Kodi) Tutorial You Will Ever Need. In this updated guide, you will learn how to set up Raspberry Pi 3 as a complete Kodi (was XBMC) entertainment center solution with the right accessories. Over the past couple of years, I have had mixed feelings about Raspberry Pi as a Kodi based front-end device, because even after using all possible optimization tricks it simply was not responsive enough for my requirements. SuperRepo.org » Worlds largest XBMC addons repository. [How To] Backup Raspbmc manually. There are many threads out there in regards to backing up or making images of your SD card. 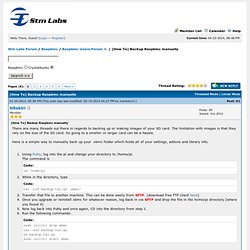 The limitation with images is that they rely on the size of the SD card. So going to a smaller or larger card can be a hassle. Library of XBMC Addons. GOtv Author:lambdaVersion: 1.3.6Released: 2014-04-09Repository:lambda’s XBMC Addons Description: Watch tv shows from various sources Forum Discussion:Source Code:Website:Direct Download: Please Note The easiest way to install any add-on found here would be using the Fusion Installer server based add-on library.

I'm afraid this link is no longer valid, but the main site itself definitely still works (what with it being pretty much the #1 go-to site for Kodi), although it now uses a different web address: www.tvaddons.ag – beckymc21 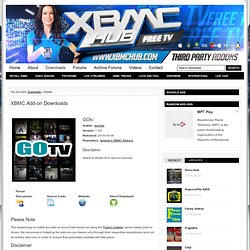 Itunes airplay to raspbmc. Quote:UM, it's on the second page of the forum, you must not have looked too hard. 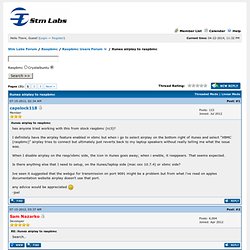 This is why I hate fgorums, people asking the same question every day when the answer is in front of them. ...yeah see, that is what we in the professional realm call a non-answer...that thread is not an answer, just a kick of the ball into the other teams court. the same question is asked i'll give you that, but the response is "AFAIK it's a problem with XBMC itself as appose to raspbmc" this is the problem i have. if I don't outline every single thread that I have already looked at then I must not have searched myself. and, lo and behold, my google search results in this: " exact same question, probably from the same person. so unless I can't read, this here forum is saying it's xbmc that's the issue while xbmc forums is saying it's a raspbmc issue. 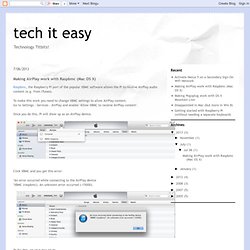 To make this work you need to change XBMC settings to allow AirPlay content. Buffering/Stuttering Solution Guide. This is a one stop shop for potential solutions to buffering with Raspbmc, below are the three main culprits. 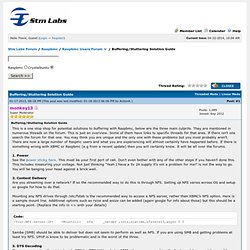 They are mentioned in numerous threads on the forum. This is just an overview. Some of them have links to specific threads for that area. If there isn’t one search the forum for that one. You may think you are unique and the only one with these problems but you most probably aren’t. [How To] Backup Raspbmc manually. There are many threads out there in regards to backing up or making images of your SD card. 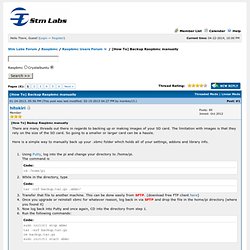 The limitation with images is that they rely on the size of the SD card. So going to a smaller or larger card can be a hassle. Here is a simple way to manually back up your .xbmc folder which holds all of your settings, addons and library info. Using Putty, log into the pi and change your directory to /home/pi. CACHEMEMBUFFERSIZE [Solved] Just checking if you managed to increase this, and what was a safe size? 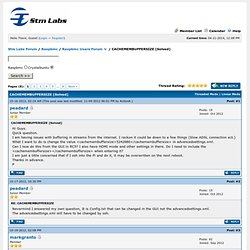 I'm having real issues with this. Started initially with streaming a tv show, 720p mkv file with 5.1 sound. Every time it gets about 30 secs in then stops, waist a minute and does the same. It also happened last night with a sd quality 2.0 file. I have changed every setting possible as advised on here, upgraded sd card, power supply, installed to usb pen drive, plugged via hdmi directly into my DTS/Dolby receiver etc. How To XBMC met Nederlandse TV streams. XOT:Uzg - Rieter.NET. Retrospect (Previously XBMC Online TV) is an Kodi video add-on which allows you to watch streams of a number of online TV stream sites. 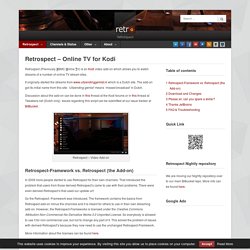 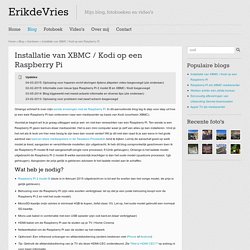