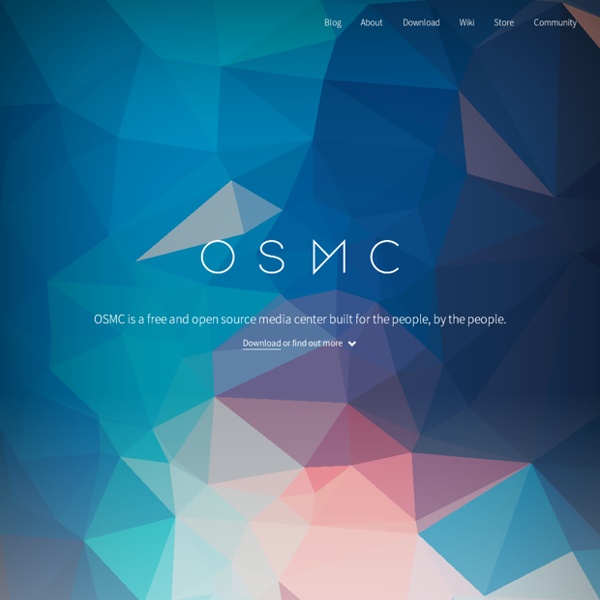 Raspberry PiPod | Experiences with the Raspberry Pi micro computer Xian has done a great job on this LEGO rover. It utilises Lego Power Functions and the Raspberry Pi and can be controlled via a web browser. He explains his build, with block diagrams and details on wiring and explains his use of the Navio board for controlling things. Nice job, Xian. Read about it here. The guys at Canadian company Roboteurs are currently running a Kickstarter campaign to fund their new stepper motor driver board – the SlushEngine. Controls up to 4 bi-polar stepper motorsMax 7A / motor9-35 V DC operating range1-128 microstepping capabilitiesIntegrated motion engine in stepper driver4 limit switch inputs4 general purpose industrial inputs4 general purpose industrial outputs (3A / 24V)8 additional logic level I/OThermistor temperature sensingUEXT expansion connectorRaspberry Pi fused power source The board is currently available to Earlybirds at $190 (Canadian Dollars) plus delivery, which works out at approximately £125 delivered.

News - piCorePlayer May 7 2014 Hi Now I think we have nailed the problem with the latest USB-development. In piCorePlayer1.15e the USB audio is now as good as with piCorePlayer1.15c and the I2S-audio cards problems and the analog audio is fixed as well. May 4 2014 Sorry for the disaster with the piCorePlayer1.15c - It played very well using USB - but I did not test anything else - and as you all know it was inferior in all other aspects. Changes: kernel updated to 3.14.2 with the latest USB-fixes, it plays via USB at least as good as the 1.15c version. Analog audio is working I2S-Audio cards are working WiFi is working HDMI is working (I hope please test) This is probably the best piCorePlayer ever. Now I will focus on developing some sort of in situ update of piCorePlayer, so we don't have to have access to the player when we want to update. /Steen May 1 2014 Changes: Improved memory flow in the raspberry kernel and firmware now enabling DMA_CMA. April 28 2014 Please try the new version: piCorePlayer1.15b. Changelog:

The Raspberry Pi Guy On the 29th of February 2012 a credit card sized computer was released to the public... Not only did it kickstart my interests in programming, electronics and all things geeky but it also kindled the same passion in millions of others: affecting people of all different ages and abilities around the globe. What was this miraculous device? The Raspberry Pi. An affordable computer that anyone can buy and learn computing with. The Pi enables you to do projects that you could only dream about and for only £25 it is remoulding education. The Raspberry Pi will turn two years old in the upcoming months - that is two whole years of inspiration, projects and learning. All of the videos clips and images in this video are either my own or those that I found on YouTube and through Google images - it is all in the public eye already and I am dreadfully sorry if I have missed out something that you would have liked to have seen. Here's to all of the years to come! MattThe Raspberry Pi Guy

Pi never sounded so good! Episode 340 - TinkernutWiki "Make A Raspberry Pi Arcade Cabinet" is the 340th series episode of Tinkernut and the 3rd episode of the 2013 season. Episode Summary The $35 Raspberry Pi has proven to be a hit amongst hardware hackers and DIYers. It's very small, easy to set up, and very versatile. This tutorial walks you through the steps of creating and setting up an Arcade cabinet using a Raspberry Pi as the core. Parts List The prices really depend on what you would like to purchase. Raspberry Pi Arcade Raspberry Pi Setup Installing the Operating System There are several different options when it comes to emulators on the Raspberry Pi, but in order to make the Pi function as an Arcade, one stands out amongst the rest. Win32DiskImager Windows To install PiMame on an SD card in Windows, you need to download an image burner such as Win32 Disk Imager. Mac For Mac computers you do not need any extra software. df -h Record all of the "disk" entries that are listed (ex. disks1). sudo diskutil eject /dev/DISK# First Run startx

Batteries.. for the last time *Rechargeable AA batteries can provide 1.5V each when fully charged, may drain to 1.2V. Also can give an amperage of 400-1200 MA (less the better - heating) Wrong - rechargeable batteries in AA form of NiCd or NiMH type only provide 1.2v when fully changed - ... de_battery *You can use a UBEC converter to keep the amperage the same while converting a high voltage input to exactly 5V (only 5V UBEC's, d'oh) A buck converted would be a wise choice when powering the Pi with batteries since the voltage output must remain constant as possible while they discharge.There are step-up and step down buck converters however since your LCD requires 12v then I would recommend a step-down buck converter for the Pi. I have a clear idea of how can I connect batteries. Ideally I would have the LCD and Pi running off separate power sources but since you're strappedfor space I guess you don't have much choice. Richard S.

Raspberry Pi: Baking Pi – Operating Systems Development This course has not yet been updated to work with the Raspberry Pi models B+ and A+. Some elements may not work, in particular the first few lessons about the LED. It has also not been updated for Raspberry Pi v2. Welcome to Baking Pi: Operating Systems Development! Course by Alex Chadwick. You can now help contribute to this tutorial on GitHub. This website is here to guide you through the process of developing very basic operating systems on the Raspberry Pi! This course takes you through the basics of operating systems development in assembly code. Rather than leading the reader through the full details of creating an Operating System, these tutorials focus on achieving a few common tasks separately. 1 Requirements 1.1 Hardware In order to complete this course you will need a Raspberry Pi with an SD card and power supply. 1.2 Software In terms of software, you require a GNU compiler toolchain that targets ARMv6 processors. 2 Lessons

Running a lightweight webserver on the Raspberry Pi (lighttpd) - Linux tutorial from PenguinTutor This guide covers setting up a light webserver on Linux using the lighttpd web server on the Raspberry Pi. Most of these instructions can also be applied to other Debian or Ubuntu based distributions (except the tasks using the raspi-config tool). I've already written a tutorial based on the "full-fat" Apache webserver (running a LAMP Apache based webserver on the Raspberry Pi). Lighttpd provides a way of setting up a web server without putting too much load on the limited processing capability. Debian Linux This is based on the Debian Raspberry Pi Raspbian. One of the advantages of Debian Wheezy on the Raspberry Pi is that ssh is enabled by default and that the raspi-config tool provides a convenient way to increase the size of the root partition (useful if you have an SD card bigger than 2GB) and to change the default password for the pi user (essential for everyone). Using the command line and editing files Throughout the install you will see many commands prefixed with sudo. Using ssh

Raspberry Pi tutorial: how to do more For the price of a USB hard drive, you can turn the Raspberry Pi into a super cheap and supremely flexible network-attached storage box. To start with, we're going to enable SSH on the device. SSH is a secure shell protocol, and is a way of accessing the command line of your Pi from across your network. This is particularly important with the Pi, because sitting in front of a television isn't the best place for hacking. Although SSH is included by default on the Debian distribution we've installed, it's not running. sudo service ssh start If you're new to Linux, this line may look as if it's written in a foreign language, but after it's decoded, it's very easy to understand. You can find out about commands by typing man followed by the name of the command. We also want to start SSH when we boot the Raspberry Pi, and we can do this with another command: sudo insserv ssh Package management Sooner or later, you're going to want to install additional software on your RPi. sudo apt-get update

How to make your own £25 media centre We’ve looked at how you can use almost any gadget to make your TV into a smart TV, but today we’re looking at how you can use the very cheapest one to get top notch online video playing right back on the big screen in your living room: the humble £25 Raspberry Pi. And it couldn’t be easier – read on to find out how it’s done. Over the last few weeks, we’ve been running a series of gadget tutorials, showing you how to pull off useful tech tricks like adding voice control to your car, or hooking up your game controller to your smartphone. Now, we’re bringing you smart TV skills on the smallest budget possible. Here’s how it’s done. Get a Raspberry Pi First thing’s first, you’ll need one of these clever little computers made in the UK. Prep the Pi and the software To make the Raspberry Pi into a media centre, we’re going to use XBMC, the free, superb suite for almost every device under the sun – including the Pi. Now, it’s time to set up your Pi. Finetune everything Open up your media Tags: