Levelsofintegrationofmulticulturalcontent. American Indians in Children's Literature (AICL) Straight Talk on Race: Challenging the Stereotypes in Kids’ Books. As a teenager, I lived in two worlds: the traditional Bengali heritage inside our home and the contemporary California of my suburban peers. 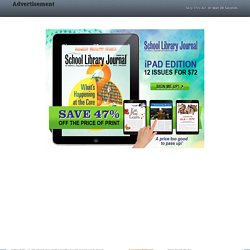 Sometimes the gap between those two worlds seemed huge. Apple pie? Didn’t taste it till I got to college. Watch your language! - Indian Country Media Network. An “Indian” lexicon lies within the English language, coloring attitudes and actions toward Native Peoples. 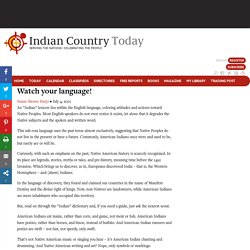 Most English-speakers do not even notice it exists, let alone that it degrades the Native subjects and the spoken and written word. This sub rosa language uses the past tense almost exclusively, suggesting that Native Peoples do not live in the present or have a future. Interview: YA Author An Na - Cynthia Leitich Smith. An Na is the debut author of A STEP FROM HEAVEN (Front Street, 2001), a finalist for the National Book Award, and winner of the Michael J. 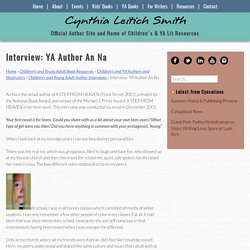 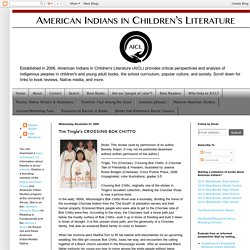 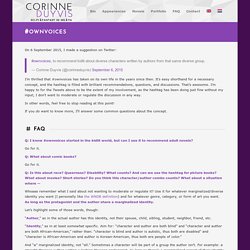 Go for it. Q: What about comic books? Q: Is this about race? Challenging Gender Norms with “Boys Read Pink” Celebration. I practically memorized Letty Cottin Pogrebin’s Growing Up Free when I was pregnant, and I firmly believe in “all books for all children.” 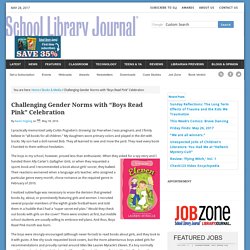 My daughters wore primary colors and played in the dirt with trucks. My son had a doll named Bob. Step Up Scholastic. 1000 Black Girl Books Resource Guide – GrassROOTS Community Foundation. This resource guide was created in direct response to the multiple requests made by educators, parents and students. 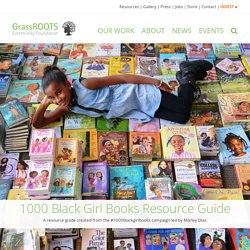 Like Marley Dias, so many of you have asked for books with black girls as the main characters. And because of you, we have received thousands of books. Here we are sharing with you the first 700 book titles. Reading Without Walls - Macmillan. Gene Luen Yang is the National Ambassador for Young People's Literature. 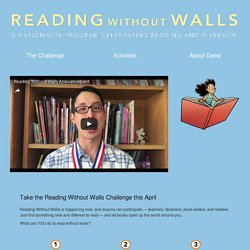 He began drawing comic books in the fifth grade, and in 1997 he received a Xeric Grant for his first comic, Gordon Yamamoto and the King of the Geeks. He has since written and drawn a number of titles, including Duncan’s Kingdom, The Rosary Comic Book, Prime Baby and Animal Crackers. American Born Chinese, his first graphic novel from First Second, was a National Book Award finalist, as well as the winner of the Printz Award and an Eisner Award. Thebrownbookshelf. Interview: 'Wadjda' Director Haifaa Al Mansour: 'It Is Time To Open Up' Women aren't permitted to travel unattended in the streets of Saudi Arabia, so Wadjda director Haifaa Al Mansour worked from inside a van, communicating with her crew via walkie-talkie. 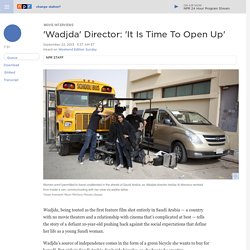 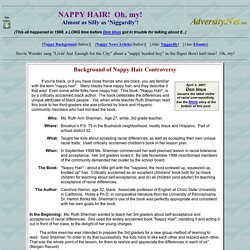 Ruth Sherman wanted to teach her 3rd graders about self-acceptance and acceptance of racial differences. She used the widely acclaimed book "Nappy Hair", narrating it and acting it out in front of her class, to the delight of her young charges. The entire exercise was intended to prepare the 3rd graders for a new group method of learning to read. Said Sherman "In order to do that successfully, the kids have to like each other and respect each other.

I had the pleasure of speaking with this gifted speaker and writer and what follows is his thoughtful response to my questions:Were you familiar with the graphic novel medium before contributing to Trickster? Yes. I perform storytelling at schools and know that most middle-school students are excited by graphic novels. Many librarians have shared this with me, how they have seen reluctant readers flock to graphic novels.

There is such an instant appeal with graphic novels. Mirrors, Windows, and Sliding Glass Doors. Top 10: Best Asian American Books. Best Asian American Chapter Books I met CoolAsianKids, Chloe and Eileen, who agreed to guest post for me on their favorite Asian American authors in between basketball camp, Chinese immersion camp and driver’s ed: Attached is our list of 10 favorite books by Asian American authors. Sorry it took so long to write. First, my sister and I couldn’t agree on the list, then every time we start to write, we got side tracked by wanting to actually re-read some of the books because they were so fun to read.

Then, my sister went to Chinese immersion camp for a few weeks and I had to wait for her to get back to finalize. Cookies are Not Accepted - New York Times. EG 9780316043052. Bicycle Brochure. 9781582463537. How to Choose the Best Multicultural Books. How do you know if a children's book you're about to share with your students accurately portrays the culture of its characters? Are there warning signs to look for? Are there telltale things that mark an outstanding multicultural book? To answer these questions, Scholastic Teacher magazine invited five children's literature specialists to give us their candid advice on selecting books about or related to Native Americans, Latinos, African Americans, Jews, and Asian Americans. Within each section of this article, you'll find: The Multiracial Population Is Growing, But Kid Lit Isn’t Keeping Up.

The Publishing Perspective on Diversity. Children’s Books: Still an All-White World? Where Is the Diversity in Publishing? The 2015 Diversity Baseline Survey Results. Against Borders — The Horn Book. Checklist: 8 Steps to Creating a Diverse Book Collection.