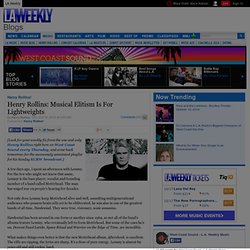 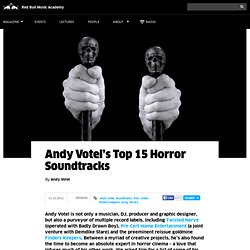 Between a myriad of creative projects, he’s also found the time to become an absolute expert in horror cinema – a love that infuses much of his other work. We asked him for a list of some of his favourite horror film soundtracks, and received a stunning chart of unknown gems. 1. Shock – Libra (1977) Starring Dario Argento’s partner Daria Nicolodi (Profondo Rosso) and Cheshire-born BBC actor John Steiner (Tenebre), Shock was Mario Bava’s final ever film, directed with his son Lamberto – who later made the Demons series. The 50 Heaviest Songs Before Black Sabbath: #40-31 - Page 2. MF0. !Black Metal! på Pinterest. Chica Hot Metal Sharon Ehman - Chismes Mundo. BLACK METAL GIRLS @blackmetalgirls Instagram photos. Earlier. 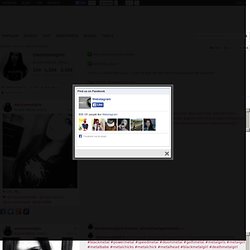 X-FACTOR-E Blog. Manga Artist Yusuke Murata Creates the Most Innovative Comic You’ll See This Week. Over the past few years there’s been a lot of dicussion about what you can do with the “infinite canvas” of digital comics that you just cannot do with traditional paper and ink. 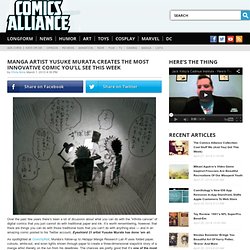 It’s worth remembering, however, that there are things you can do with those traditional tools that you can’t do with anything else — and in an amazing comic posted to his Twitter account, Eyeshield 21 artist Yusuke Murata has done ‘em all. Hearthstone High-res. Alien landscapes. 33 Unbelievable Places To Visit Before You Die. It’s hard to believe these places exist right on our planet. 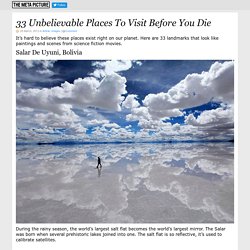 Here are 33 landmarks that look like paintings and scenes from science fiction movies. Salar De Uyuni, Bolivia During the rainy season, the world’s largest salt flat becomes the world’s largest mirror. The Salar was born when several prehistoric lakes joined into one. Astharoth - Gloomy Experiments. Apparently today is “Reblog animals in Weather”... Metafiction as an Explanation of True Detective (Theory Post, contains spoilers): TrueDetective. Night Wolves. Aleksandr Zaldostanov He is basically the eternal and undisputer leader of the Russian biker movement, head of the 'Night Wolves', which was once the biggest, scariest biker gang in Russia and former USSR, and is now, supposedly, a legitimate club. 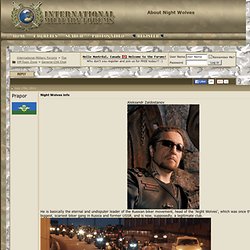 Among bikers, he is known as 'Khirurg' ('Surgeon'), for his skill with the knife, going back to his youth in the 80s, when bikers fought violent and bloody street battles against rival gangs. Back then, the movement had just arrived here. Khirurg founded the first biker gang, the Night Wolves. And since then to this day, he is considered the de-facto and de-jure head of the movement. He is a respected figure in the country. And so did Putin Recently here in Moscow, the Night Wolves celebrated their 22 years of existence. Dödsmatchen (1989. Rise of Mammals Article, Mammal Evolution Information, Facts. The Retrofuture Shock of Post-Soviet Architecture.

Frank Herfort, “Grand Park, Moscow” (2006 / 2009) (all images courtesy the artist and Kerber) If you think Soviet architecture was strange — with its retrofuture angles and monolithic forms — you should see what came after the USSR’s collapse. 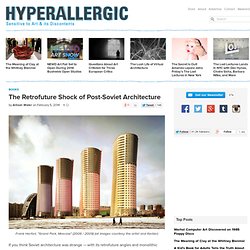 German photographer Frank Herfort has spent years traveling all over Russia and the former Soviet territories, from metropolises to remote rural zones, to capture the bizarre architecture of the post-Soviet era. Herfort’s photographs have now been published in Imperial Pomp: Post Soviet Highrise (2013, Kerber), and all the structures together look more like a speculative vision of a surreal future than reality. From 2009 to 2013 he journeyed to 20 cities to find the most ostentatious and bombastic of the odd mix of architectural forms that peaked in the 1990s and are just now receding. 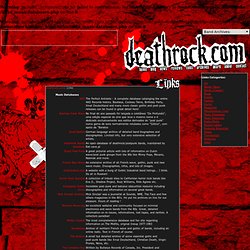 Search results for leather. A project organised by Joke Lanz (Sudden Infant) and Rudolv Eb.er (Schimpfluch), as part of a mail art exhibition, dealing with music send by mail. 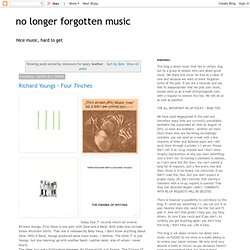 Tomorrow I move this blog into the final stage, after having scraped the barrel here and around the various collections of people that kindly donated stuff. A Brief History of Deathrock, Part II. Conventional histories of deathrock dry up around 1986. 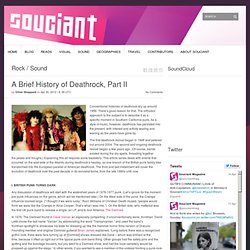 There’s good reason for that. The orthodox approach to the subject is to describe it as a specific moment in Southern California punk. As a style of music, however, deathrock has persisted into the present, with interest and activity waxing and waning as the years have gone by. Metal. Metal In the context of a history of the early goth scene, having a section about Metal is about as relevant as having a section about Mod or Ska. All three scenes were around (in a revived form) at roughly the same time as the early goth scene, but they had very little interaction with or influence upon it. However, an awful lot of people seem confused on this point, so maybe I'd better explain. The late 70s and early 80s were very different to what came later - even just a few years later, when goth took on rock influences and rock became fashionable again.

10 Amazing miniatures used in iconic movies - Fabulous Pictures. Successful Alcoholics. 10065562_1.jpg (1500×780) 62406_10151671754924300_633516336_n.jpg (541×960) Strange plants of Socotra Island. Imagine waking up on the Socotra Island < > and taking a good look around you. After a yelp of disbelief, you'd be inclined to think you were transported to another planet - or traveled to another era of Earth's history. The second would be closer to the truth for this island, which is part of a group of four islands, has been geographically isolated from mainland Africa for the last 6 or 7 million years.

Like the Galapagos Islands, this island is teeming with 700 extremely rare species of flora and fauna, a full 1/3 of which are endemic, i.e. found nowhere else on Earth. The climate is harsh, hot, and dry, and yet - the most amazing plant life thrives there. Situated in the Indian Ocean 250 km from Somalia and 340 km from Yemen, the wide sandy beaches rise to limestone plateaus full of caves (some 7 km in length) and mountains up to 1,525 metres high. Behind a Little House Project: Dramatic Changes in Landscape Behind a Tiny House. For his Behind a Little House Project Italian photographer Manuel Cosentino found an unsuspecting muse: a tiny nondescript house on an unexceptional hill. He returned to photograph the small building from the exact same location for nearly two years in order to capture the dramatic changes in weather and light that utterly changed the scenery just beyond the horizon.

As part of a traveling exhibition the photos are mounted on a wall behind a book containing copies of a photo of the house against a white sky. Viewers are then invited to draw their own interpretation of what appears behind the little house. Via his artist statement: 10 Ways to Protect Yourself from Emotional Terrorists. Former Attack Attack! Bassist John Holgado is the Stupidest Human Being Ever. When I saw both the Lambgoat headline “Attack Attack! Singer quitting band” AND the Lambgoat headline “Attack Attack! Bassist leaves band” both in my RSS feed, I thought my mind was playing tricks on me, or maybe Lambgoat’s first story was an error and the second story was a correction.