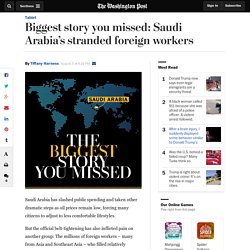 But the official belt-tightening has also inflicted pain on another group: The millions of foreign workers – many from Asia and Southeast Asia – who filled relatively low-paying jobs when the economy was booming. In recent months, construction companies and factories have laid off massive numbers of people and simply stopped paying many others who are still working, as The Washington Post reported. Migrant workers gathered to ask for a settlement over salary issues in Riyadh, Saudi Arabia, in March. The downturn in the oil industry has left thousands of Indians unemployed and unable to get home. (Faisal Nasser/Reuters) The situation has become so desperate that the Indian government began making plans this week to airlift home thousands of starving Indian workers, The Post’s Rama Lakshmi reported from New Delhi. Anthrax spreads from reindeer to humans in an outbreak at the ‘end of the world’

Nenets herders are seen with reindeer at a camping ground in far-northern Russia on Aug. 2, 2015. 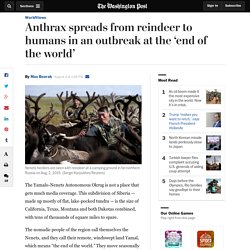 A 3,000-year-old world has been unearthed in England's Fenlands. Heat dome could be deadly over U.S. this week. Very high humidity is expected to accompany the heat, especially in the Midwest, and that moisture -- combined with the high temperatures -- will create what's known as a "heat dome" over most of the country. 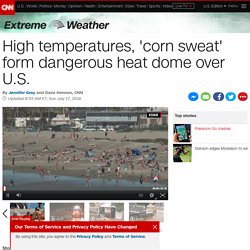 Only the Northwest will be spared. Those conditions could be deadly. Forecasters say the heat index, which measures what the temperature really feels like when you add in the humidity -- the summer equivalent of the winter wind chill -- will likely reach the dangerous category, increasing the risks of heat exhaustion, heat stroke, and death. Cities such as Des Moines, Kansas City, St. Louis, Minneapolis, Oklahoma City and Chicago are expected to see temperatures nearing or exceeding 100 degrees -- and when humidity is added in, the heat index may rise to a dangerous 120 degrees. Heat is one of the deadliest weather events, killing hundreds of people every year. When extreme heat is combined with elevated humidity, it can be exceptionally dangerous.

Chicago heat wave Urban heat island. To Be The Very Best: Pokémon Go Enters Into Augmented Reality : All Tech Considered. In the new Pokémon Go app, players can use their smart phone to see, battle, and catch the monsters in their world. 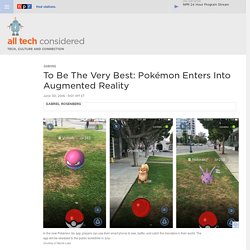 The app will be released to the public sometime in July. Michelle Obama: How educating girls can save the world (opinion) Sometimes it's not even safe for girls to attend school in the first place, since their commutes to and from school can be dangerous, and they sometimes even face sexual harassment and assault at school. 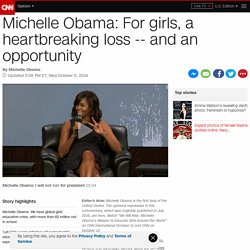 Ralphina wakes up early each morning, cooks for her family, cares for her younger siblings, and goes to work at a local market -- all before she even gets to school. But she still attends class each day, working especially hard in science and math so she can fulfill her dream of becoming a nurse. Rihab Boutadghart lives in a remote part of Morocco near the Sahara Desert. While Morocco has made huge strides in education, and nearly all girls there attend elementary school, girls in rural areas often live far from the nearest middle and high schools, so many of them drop out of school by the time they turn twelve. 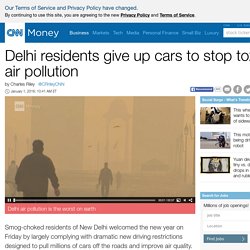 "Delhi has done it! Reports so far v encouraging. Delhiites! U give me hope that U are capable of achieving big challenges," Delhi Chief Minister Arvind Kejriwal said on Twitter. A Trash Bin Marks the True Location of the Greenwich Meridian, 334 Feet to the East — NOVA Next. Some Isolated Tribes in the Amazon Are Initiating Contact. The recent emergence of isolated tribes from jungles in Peru and Brazil is challenging officials in both countries to rethink their “no contact” policies and to prepare for a possible wave of “first contacts” as the Amazon wilderness that harbors the highly vulnerable indigenous groups continues to shrink. 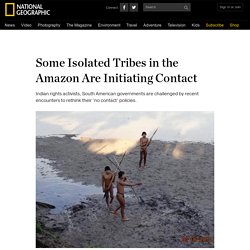 “The people are going to come out,” said José Carlos Meirelles, a veteran of more than 40 years working to protect some of Brazil’s most mysterious and seldom-glimpsed “uncontacted tribes” along its remote and largely lawless border with Peru. “I believe we’re going to see a succession of first contacts in the coming ten years.” Tomb of Nefertiti, Egypt's mysterious ancient queen, may have been found. Hidden doorways in the ancient Egyptian tomb of King Tutankhamun may lead to the long-lost resting place of Queen Nefertiti, a scientist has claimed. 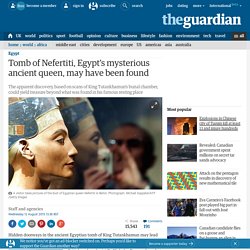 A Life Revealed. She remembers the moment. 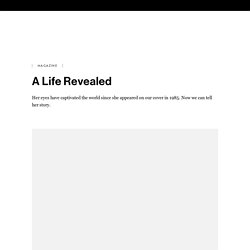 The photographer took her picture. She remembers her anger. The man was a stranger. She had never been photographed before. Until they met again 17 years later, she had not been photographed since. How One Photographer Captured A Piercing Gaze That Shook The World. National Geographic photographer Steve McCurry, shown in Kuwait in 1991, says his big break came at a refugee camp near Peshawar, Pakistan, after he heard the sound of children laughing. 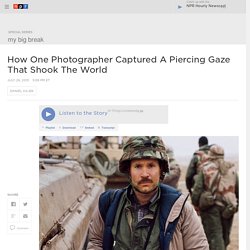 Courtesy of Steve McCurry hide caption itoggle caption Courtesy of Steve McCurry National Geographic photographer Steve McCurry, shown in Kuwait in 1991, says his big break came at a refugee camp near Peshawar, Pakistan, after he heard the sound of children laughing. What's In A Namaste? Depends If You Live In India Or The U.S. : Goats and Soda. If you take a yoga class in the U.S., the teacher will most likely say "namaste" at the end of the practice.

It's a Sanskrit phrase that means "I bow to you. " You place hands together at the heart, close your eyes and bow. America's quietest town: Where cell phones are banned - CNN.com. By Wayne Drash and Evelio Conteras, CNN Green Bank, West Virginia Mountain Turnpike twists through dense oak, hickory and spruce trees and keeps winding, like a slithering snake, through the mountains that separate Virginia and West Virginia. But on a clear day, looking south from the Monongahela National Forest, what looks like a giant white Lego structure emerges from this sea of green.