Before the War Started 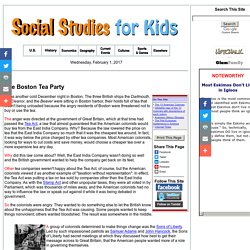 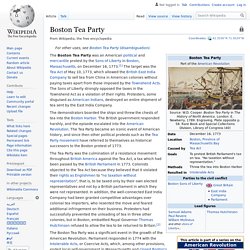 The Boston Tea Party - Dec 16, 1773. Also on this day American Revolution On this day in 1773, a group of Massachusetts colonists disguised as Mohawk Indians board three British tea ships moored in Boston Harbor and dump 342 chests of tea into the water. 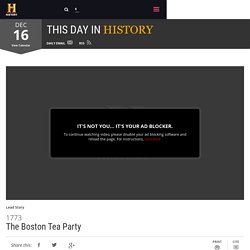 Now known as the “Boston Tea Party,” the midnight raid was a protest of the Tea Act of 1773,... Automotive On December 16, 1979, the night before the Organization of Petroleum Exporting Countries’ annual price-setting meeting in Caracas, two member states (Libya and Indonesia) announce plans to raise the price of their oil by $4 (Libya) and $2 (Indonesia) per barrel. Civil War On this day in 1863, Confederate President Jefferson Davis names General Joseph Johnston commander of the Army of Tennessee. 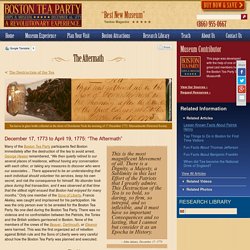 Massachusetts Historical Society. December 17, 1773 to April 19, 1775: “The Aftermath” This is the most magnificent Movement of all. There is a Dignity, a Majesty, a Sublimity in this last Effort of the Patriots that I greatly admire. This Destruction of the Tea is so bold, so daring, so firm, so intrepid, and so inflexible, and it must have so important Consequences and so lasting, that I cannot but consider it as an Epocha in History. ~ John Adams, December 17, 1773. Really a Revolution? Video - Boston Massacre. My TV provider is not listed. 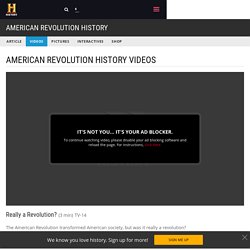 Why not? We are currently working on adding more TV providers. Please check back frequently to see if your TV provider has been added. Why do I need to log in to watch some video content? Viewers who verify their subscription to a TV provider get access to a deeper catalog of video content, including more full episodes. I am able to watch on TV. This service is only available through participating TV providers. Timeline for American Independence. The American Revolutionary War: A Timeline of Major Events. Events leading up to the War The French and Indian War (1754-63) The Sugar Act (4/5/1764) The Stamp Act (3/22/1765) Patrick Henry's "If This Be Treason" speech (5/29/1765) 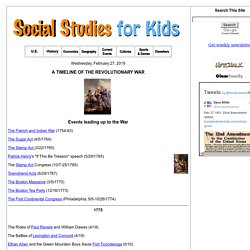 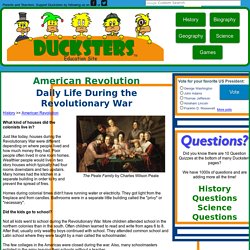 Just like today, houses during the Revolutionary War were different depending on where people lived and how much money they had. Poor people often lived in one room homes. Wealthier people would live in two story houses which typically had four rooms downstairs and two upstairs. Homes during colonial times didn't have running water or electricity.

Sons and Daughters of Liberty 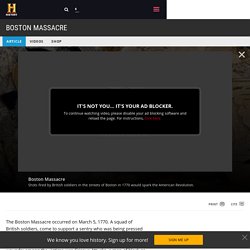 You will get access to more full episodes than ever before. How often is new video added to the website? There will be new episodes and web exclusives added every day. How quickly does a new episode get added after it airs on TV? 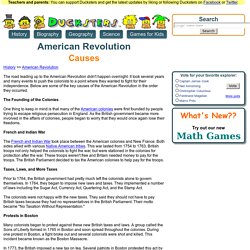 It took several years and many events to push the colonists to a point where they wanted to fight for their independence. Below are some of the key causes of the American Revolution in the order they occurred. The Founding of the Colonies One thing to keep in mind is that many of the American colonies were first founded by people trying to escape religious persecution in England. French and Indian War The French and Indian War took place between the American colonies and New France. Taxes, Laws, and More Taxes Prior to 1764, the British government had pretty much left the colonists alone to govern themselves.