Applied Immunology Precision for Medicine pr. Quantum entanglement. Identical twins, it's said, can sometimes sense when one of the pair is in danger, even if they're oceans apart. 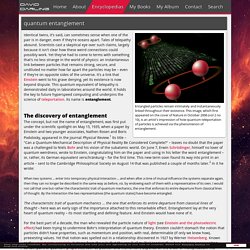 Tales of telepathy abound. Scientists cast a skeptical eye over such claims, largely because it isn't clear how these weird connections could possibly work. Yet they've had to come to terms with something that's no less strange in the world of physics: an instantaneous link between particles that remains strong, secure, and undiluted no matter how far apart the particles may be – even if they're on opposite sides of the universe. It's a link that Einstein went to his grave denying, yet its existence is now beyond dispute. This quantum equivalent of telepathy is demonstrated daily in laboratories around the world. The discovery of entanglement The characteristic trait of quantum mechanics ... the one that enforces its entire departure from classical lines of thought – here was an early sign of the importance attached to this remarkable effect. 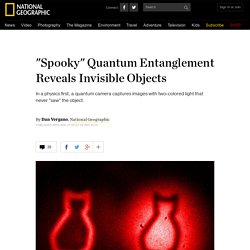 The images, of tiny cats and a trident, are an advance for quantum optics, an emerging physics discipline built on surprising interactions among subatomic particles that Einstein famously called "spooky. " (Related: "Teleportation: Behind the Science of Quantum Computing. ") A conventional camera captures light that bounces back from an object. But in the experiment reported in the journal Nature, light particles, or photons, that never strike an object are the ones that produce its picture. 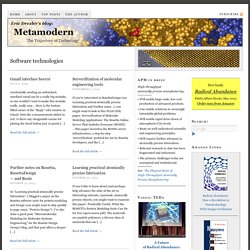 These are the methods that tell us how atomically precise covalent structures can serve as high-performance nanomachines, which will provide the basis for advanced high-throughput atomically precise manufacturing. (BBC) Read the full article → Software, trust, and proof August 22, 2013 A recently developed high-performance OS microkernel supports the capability security model and comes with a formal specification and machine-checked proof: it’s called seL4. Read the full article → Nick Bostrom's Home Page. 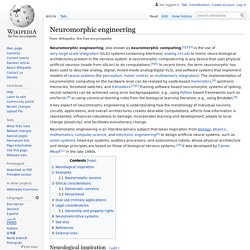 The implementation of neuromorphic computing on the hardware level can be realized by oxide-based memristors,[6], spintronic memories,[7] threshold switches, and transistors.[8] Examples[edit] In November 2011, a group of MIT researchers created a computer chip that mimics the analog, ion-based communication in a synapse between two neurons using 400 transistors and standard CMOS manufacturing techniques.[11][12] and. Next Big Future: Theory and Experiments suggest Space Time is made of Quantum Entanglement. Many physicists believe that entanglement is the essence of quantum weirdness — and some now suspect that it may also be the essence of space-time geometry. 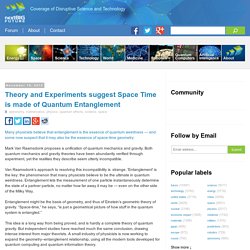 Mark Van Raamsdonk proposes a unification of quantum mechanics and gravity. Both quantum mechanics and gravity theories have been abundantly verified through experiment, yet the realities they describe seem utterly incompatible. Van Raamsdonk’s approach to resolving this incompatibility is strange. 'Entanglement' is the key: the phenomenon that many physicists believe to be the ultimate in quantum weirdness.

Entanglement lets the measurement of one particle instantaneously determine the state of a partner particle, no matter how far away it may be — even on the other side of the Milky Way. Entanglement might be the basis of geometry, and thus of Einstein’s geometric theory of gravity. This idea is a long way from being proved, and is hardly a complete theory of quantum gravity.