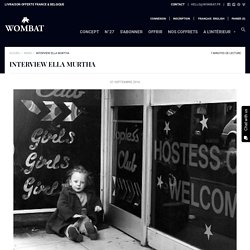 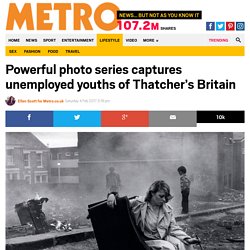 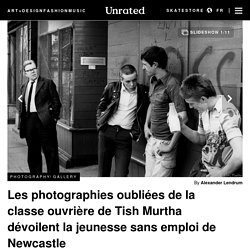 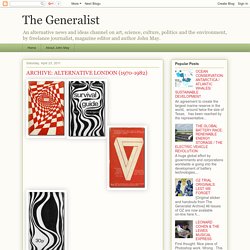 Top Right: Front and back covers of 1972 edition. Bottom: Front and back covers of 1974 edition, published in conjunction with Wildwood House. Shelter at 50 – how one young photographer put the 60s housing crisis in focus - Creative Review. Nick Hedges was born in Bromsgrove in 1943 and has worked as a photographer since his first commission from Shelter in the late 1960s. 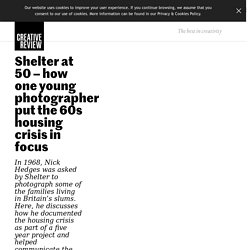 His photographs for the housing charity, taken between 1968 and 1972, were recently exhibited in Glasgow, Sheffield, Birmingham and Manchester, having been shown at the Science Museum in London in 2014. Currently, Shelter is running an appeal to trace the families featured in the pictures. An edited version of this interview ran in CR October. As part of our series of posts on Shelter at 50 we present the full text of the conversation here. London Life: Colin O’Brien’s reflections on a changing city – British Journal of Photography. Over decades, Colin O'Brien has documented the rapid shifts his native city has undergone Hackney-based Colin O’Brien has carved out of a reputation as one of the most important photographers documenting life in the capital. 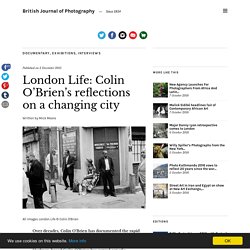 The steady buzz around his work continues to grow with the release of his latest book, London Life, published by Spitalfields Life Books, and his new exhibition at the new Leica Store City gallery based at The Royal Exchange, London. Now in his mid 70s, he is a delight to interview – witty, pithy and passionate. Over a coffee, O’Brien reflects upon a career in photography that started when he was eight, taking pictures of his friends playing together on the bomb sites of postwar London. Niume. Home. Cleator Moor 1974-6. Ken-grant.info - Contact. ARCHIVE: Interview with John Bulmer. There are certain photographers from the sixties that everyone knows; there are others who only those in the know are aware of. 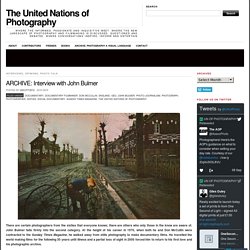 John Bulmer falls firmly into the second category. At the height of his career in 1970, when both he and Don McCullin were contracted to the Sunday Times Magazine, he walked away from stills photography to make documentary films. He travelled the world making films for the following 30 years until illness and a partial loss of sight in 2000 forced him to return to his first love and his photographic archive. Magazine features, lecturing and exhibitions swiftly followed. John Bulmer and his photography had been rediscovered. Derek Bishton. Biography: Derek Bishton was born and educated in Birmingham, won a scholarship to Cambridge,where he studied English, and worked as a journalist before he set up theSidelines alternative design and photography agency with Brian Homer in 1977.He was one of the founding members of Ten.8 and continued working with the magazine up to its closure in 1993. 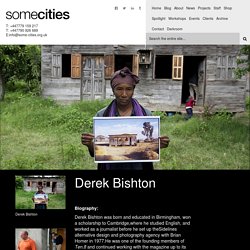 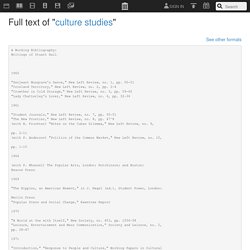 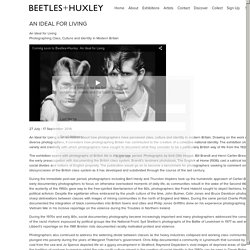 MayDay Rooms. Hackney Flashers. The Hackney Flashers collective was set up in 1974 and created influential agitprop material in the 1970s and 1980s.[1] The women in the group, described themselves as broadly socialist-feminist and most of them engaged in the creative media as photographers, cartoonists and writers. The Flashers productions were always published as the work of a collective. Individuals were not named; specific images or writing were never credited. Hackney Flashers make a comeback with childcare exhibition. Panel from Who’s Holding the Baby? Copyright: Hackney Flashers A Hackney photography collective’s exhibition about childcare provision is on display at the Hayward Gallery, 36 years after it was first shown there.

Work — Edward Barber. 1930s-40s in Color. Format Women Photographers 1983 - 2003. This exhibition celebrates two decades of photography and marks the end of FORMAT, a unique all-women agency that was dedicated to documenting the world from a different perspective.The photographs in the exhibition reflect the concerns and issues of the past two decades. When FORMAT was set up in the early eighties, discrimination against all kinds of difference was commonplace. Times and attitudes have changed. The Exit Photography Group Collection. Election Rally by Humphrey Spender. The female photographers you might not know, but should. Like much of art history, the realm of photography has long been dominated by the stories of men. On the 6-7 November, organised in partnership with UAL London, University of Creative Arts, and LCC’s Photography and the Archive Research Centre, Tate Modern will host an exciting conference exploring the dynamic evolution of women in photography over the last century, titled Fast Forward: Women in Photography.

With an international scope and a drive to dig deeper than just the well-known names, speakers will discuss a multitude of issues, such as identity politics, the impact of war on society, the archive, and the female body. Superb Photos Of Life On A 1991 British Social Housing Estate - Flashbak. Winford Fagan in Handsworth, Birmingham, 1970. Imagine Hillfields. The temporary exhibition space at Fargo Village, Coventry. Picturing England: photographs of English life. The beauty of the everyday. Darh.myblog.arts.ac. Ikon Upcoming Events » » At Home with Vanley Burke. The beauty of the everyday. Flat, Dead, Boring Light - An Interview with John Myers (2015)