The people creating art to remember George Floyd - CNN Style. Written by Ananda Pellerin, CNN This feature includes artwork with language that some might find offensive. 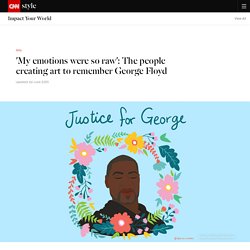 In the wake of George Floyd's death at the hands of a Minneapolis police officer, artists have been quick to respond with works that seek to memorialize, to provoke and to heal. Los Angeles-based artist and activist Nikkolas Smith is using his work to convey the message that police violence is a reality for many African Americans. "This latest case of police brutality was yet another injustice that moved me to paint a tribute to give honor and a voice to a voiceless victim," said the 35-year-old over email. A portrait of George Floyd by Nikkolas Smith Credit: Nikkolas Smith Smith's digital portrait of Floyd wearing a suit was shared by organizers of the Black Lives Matter movement and Michelle Obama on Instagram. 'I can breathe now' For the artists, creativity is a powerful way for the community to speak out. McLain was approached by Goldman to join the project. National Geographic. Photos of evander holyfield. Photos of evander holyfield.

Unbelievable Artist Shows How to Draw Faces Step by Step. How to draw a face for beginners from sketch to finish. How to Draw a Caricature - Caricature Demonstration. Joe Louis vs Max Baer 1935-09-24. Jack Johnson - Boxing Highlight. Bernie Ecclestone, former F1 mogul, to be a father again at 89. Ecclestone's fourth child will be born this summer, the former Formula One chief told the UK's PA Media news agency Friday. 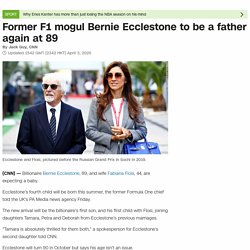 The new arrival will be the billionaire's first son, and his first child with Flosi, joining daughters Tamara, Petra and Deborah from Ecclestone's previous marriages. "Tamara is absolutely thrilled for them both," a spokesperson for Ecclestone's second daughter told CNN. Ecclestone will turn 90 in October but says his age isn't an issue. "I don't see there's any difference between being 89 and 29," Ecclestone told PA. "You've got the same problems I suppose. Ecclestone, speaking from the couple's farm in Flosi's native Brazil, said it was too early to talk about names for the baby. Ecclestone and Flosi were married in 2012, and in 2016 Flosi's mother was kidnapped for ransom in Brazil. Aparecida Schunck Flosi Palmeira was released a week after being abducted.

Ecclestone ran Formula One for 40 years before he was ousted in 2017. Ecclestone has a colorful history. Without the 2020 Games, Olympian Gwen Berry is considering unemployment. She is thinking about filing for unemployment, or seeing if she can get a day job, like the one she once held at Dick's Sporting Goods, to help stem the financial tide left behind by the coronavirus. 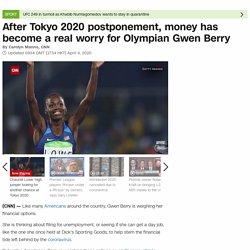 "When people think of Olympians, they think of people who have a lot of money, like professional basketball players, or professional baseball players, and it's definitely not the case," Berry told CNN Sport. "The Olympics are considered amateur. We do not get paid for training or participating. The Olympic Games makes billions of dollars, and the athletes literally get paid nothing. I don't think a lot of people understand that, because they don't know Olympians. "They think we have this celebrity status but it's not true. 'Extremely devastating' The decision to postpone the Olympics to the summer of 2021 is the worst case scenario for Berry. How to Draw a Face: 10 Common Problems and How to Fix Them. Two Art Nerds Talk About Anatomy - Stephen Bauman Sketch Tour Part 1. 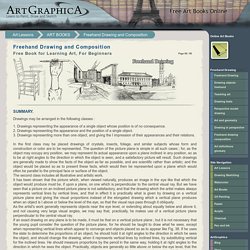 Drawings representing the appearance of a single object whose position is of no consequence. 2. Drawings representing the appearance and the position of a single object. 3. In the first class may be placed drawings of crystals, insects, foliage, and similar subjects whose form and construction or color are to be represented. COMPOSITION means the arrangement of parts to produce a whole, and is good when the effect produced is harmonious and pleasing. " Composition means, literally and simply, putting several things together, so as to make one thing out of them ; the nature and goodness of which they have all a share in producing. Mr. First: "The Law of Principality. " * 1 This sentence probably means that those not students of nature will think true studies "artificial and unnatural," The chapter from which these notes are taken is most interesting.