Common Core-Aligned Test Publisher Pearson Using Personal Data to Spy on Students Online. Originally, a local school superintendent in New Jersey was quoted as saying that mega-publisher Pearson, which has the contract to administer the PARCC test, reported to the New Jersey Department of Education (NJDOE) a student’s after-school tweet concerning one of the test questions. 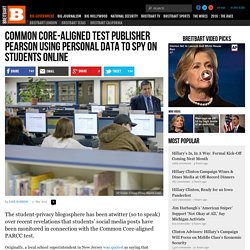 It has subsequently come to light that the Web monitoring was accomplished by a security company called Caveon Test Security. Although it isn’t clear exactly who has contracts with whom, it appears that Caveon discovered the tweet in its Web trolling and reported the find to Pearson. Pearson then alerted the NJDOE, which notified the local superintendent. So let’s get this straight – a private company based in another country, on another continent, is being told what individual American students are saying about its tests on Twitter (and presumably Facebook and other media outlets).

The implications of this are far-reaching. Jack’s Famous 427-316 Common Core Math Problem. The math problem listed here has been making the rounds. 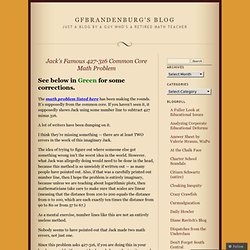 It’s supposedly from the common core. If you haven’t seen it, it supposedly shows Jack using some number line to subtract 427 minus 316. A lot of writers have been dumping on it. I think they’re missing something — there are at least TWO errors in the work of this imaginary Jack. The idea of trying to figure out where someone else got something wrong isn’t the worst idea in the world.

As a mental exercise, number lines like this are not an entirely useless method. Nobody seems to have pointed out that Jack made two math errors, not just one. Since this problem asks 427-316, if you are doing this in your head, you could either count backwards from 4 by 3 units, or ask yourself how far it is from 3 to 4 — obviously 1. But it’s not only in the mathematics that the imaginary Jack made an error: I’m not sure, but it seems like the problem writer wanted Jack to confuse 16 and 60.

Majority Of Americans Would Probably Support The Common Core, If They Knew What It Was. The State of State Standards—and the Common Core—in 2010. 2014 Education Next Poll: No Common Opinion on the Common Core. On most policy questions, public opinion changes slowly, if at all. 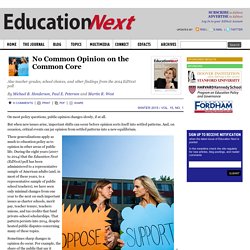 But when new issues arise, important shifts can occur before opinion sorts itself into settled patterns. And, on occasion, critical events can jar opinion from settled patterns into a new equilibrium. These generalizations apply as much to education policy as to opinion in other areas of public life. During the eight years (2007 to 2014) that the Education Next (EdNext) poll has been administered to a representative sample of American adults (and, in most of these years, to a representative sample of public school teachers), we have seen only minimal changes from one year to the next on such important issues as charter schools, merit pay, teacher tenure, teachers unions, and tax credits that fund private-school scholarships.

That pattern persists into 2014, despite heated public disputes concerning many of these topics. Sometimes sharp changes in opinion do occur. The Common Core FAQ : NPR Ed. Hide captionLouis C.K. isn't the only parent confused about the Common Core. 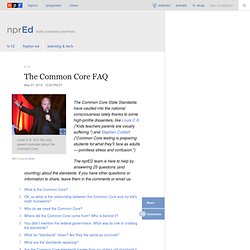 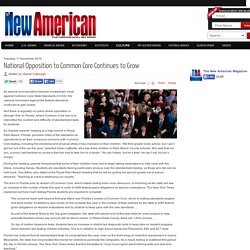 And there is arguably no place where opposition is stronger than in Florida, where Common Core has only intensified the number and difficulty of standardized tests for students. An October parents' meeting at a high school in Royal Palm Beach, Florida, provided critics of the standards an opportunity to air their numerous concerns with Common Core testing, including the emotional and physical stress it has imposed on their children. “My third grader loves school, but I can’t get her out of the car this year,” asserted Dawn LaBorde, who has three children in Palm Beach County schools. She said that her son, a junior, had become so anxious that she had to take him to a doctor. 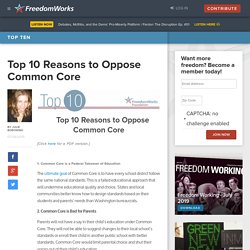 Common Core is a Federal Takeover of Education The ultimate goal of Common Core is to have every school district follow the same national standards. This is a failed educational approach that will undermine educational quality and choice. States and local communities better know how to design standards based on their students and parents’ needs than Washington bureaucrats. 2. Parents will not have a say in their child’s education under Common Core. 3. Why Catholics Should Oppose the Common Core.

Forty-five states and over 100 Catholic dioceses have adopted the national Common Core Standards for K-12 English Language Arts and math. 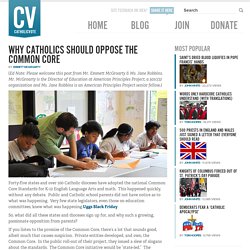 This happened quickly, without any debate. Public and Catholic school parents did not have notice as to what was happening. Very few state legislators, even those on education committees, knew what was happening.Uggs Black Friday. So, what did all these states and dioceses sign up for, and why such a growing, passionate opposition from parents? If you listen to the promise of the Common Core, there’s a lot that sounds good, albeit much that causes suspicion.

The developers and owners of the Common Core made these promises from the get-go, well before they had actually put the standards together. Two-Thirds of Americans Support Uniform Education Standards - Blame Common Core?Blame Common Core? As reported by The Huffington Post, a new poll shows that 66% of Americans favor the general concept of uniform education standards. 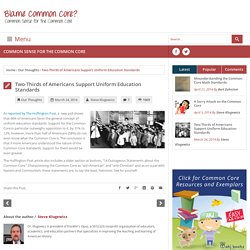 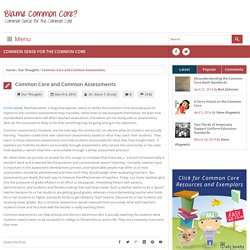 He fears that standardized assessments will affect teachers evaluations; if students are not doing well on assessments, after all, the conclusion is likely to be that something may be going wrong in the classroom. Common assessments, however, are the only way the community can discern what its students are actually learning. Teachers create their own classroom assessments based on what they teach their students.