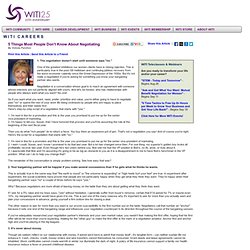 The negotiation doesn't start until someone says "no. " One of the greatest inhibitions our women clients have is risking rejection. This is particularly true in the post-'08 meltdown and continuing jobless recovery from the worst economic calamity since the Great Depression of the 1930s. Note and vote: how to avoid groupthink in meetings. You know when a meeting turns into a complete waste of time? 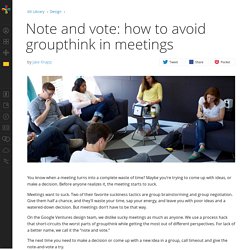 Maybe you’re trying to come up with ideas, or make a decision. Before anyone realizes it, the meeting starts to suck. Meetings want to suck. Two of their favorite suckiness tactics are group brainstorming and group negotiation. Give them half a chance, and they’ll waste your time, sap your energy, and leave you with poor ideas and a watered-down decision. On the Google Ventures design team, we dislike sucky meetings as much as anyone. Une école bienveillante pour les enfants précoces. Brain gems for decision-makers – Cognitive Lode by ribot.

Visually : How to Focus in the Age of... How to Focus. 24 Time Management Essentials. Shawn Achor: The happy secret to better work. Roselinde Torres: What it takes to be a great leader. Mihaly Csikszentmihalyi sur "le flux". Are You Happy? You Could Soon Read An Entire Harry Potter Book In Under 90 Minutes With This App. Soon you could read all 309 pages of "Harry Potter and the Sorcerer's Stone" in under 77 minutes. 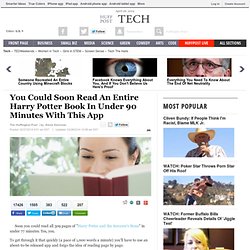 Yes, you. To get through it that quickly (a pace of 1,000 words a minute) you'll have to use an about-to-be released app and forgo the idea of reading page by page. With Spritz, which is coming to the Samsung Galaxy S5 and Samsung Gear 2 watch, words appear one at a time in rapid succession. This allows you to read at speeds of between 250 and 1,000 words per minute. The typical college-level reader reads at a pace of between 200 and 400 a minute. Try reading this at 250 wpm: Pretty easy, right? After you have 350 wpm mastered, try 500 wpm below: Spritz goes all the way up to 1,000 wpm, but there isn't a visual for that yet. Spritz isn't the first to suggest reading one word at a time. The creative spark. How does my brain work?

L'art du leadership au féminin par Christian MONJOU. Anatomy of the Mind. Breaking: BKS Iyengar Has Died. We are awaiting official reports, but it has been confirmed by sources close to the Iyengar family: It is with heavy hearts we report that world-renowned yoga guru BKS Iyengar has passed from his earthly body. 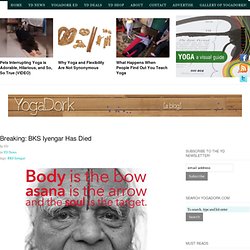 He was 96*. Iyengar was admitted to the hospital a week ago and was treated for breathlessness and low blood pressure. Reports of kidney failure and that he was in critical condition were released earlier today (Tuesday). ‘Pose Before Prose’ – Yoga For Writers (INFOGRAPHIC) Our Beloved Teacher in Hospital.

Official Announcement Re: Thay’s present health condition and how to support Thay’s recovery Plum Village, November 12, 2014 To all Plum Village Practice Centers, To all Practice Centers and Sanghas World Wide, To our Dear Beloved Friends, With a deep mindful breath we announce to the world the news that yesterday, the 11th of November 2014 Thay, Zen Master Thich Nhat Hanh, experienced a severe brain hemorrhage. 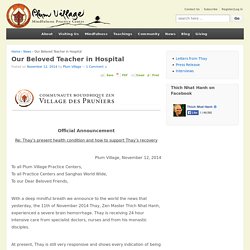 Thay is receiving 24 hour intensive care from specialist doctors, nurses and from his monastic disciples. At present, Thay is still very responsive and shows every indication of being aware of the presence of those around him. For the last two months, Thay’s health had already been fragile due to his advance age. All the monasteries in the tradition of Plum Village are organizing practice sessions to generate the energy of mindfulness and to send Thay this healing and loving energy. Visually : Which yoga style is right for... Find Your Yoga. This is Your Brain on Yoga. We all know that yoga does wonders for the mind. 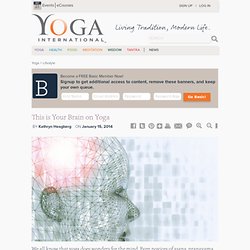 Even novices of asana, pranayama, and meditation report feeling increased mental stability and clarity during and after practice. Now, thanks to sophisticated brain imaging technologies, neuroscience is proving what teachers and practitioners have known for ages—that yoga and meditation can literally change your brain. But what exactly is going on up there? Take a peek inside—a basic understanding of brain anatomy and function can serve as a handy road map for your inner journey.

The frontal lobe is the hub of higher cognitive functions—including planning, discriminating, abstract thinking, personality, and behavior. Known as the seat of conscious functioning, the cerebrum is the largest part of your brain. The pituitary gland is related to the sixth, or ajna, chakra. Neurotransmitters serve as the brain’s chemical messengers, relaying information between nerve cells.

Yoga class: take a moment to breathe. Yogadork : The truth. YD SXSW Giveaway: ‘Yoga for Computer Users’ By Sandy Blaine. Attention Austinites and those descending on the Texas capital this week, YD will be at South by Southwest (aka SXSW)! 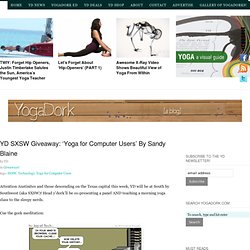 Head y’dork’ll be co-presenting a panel AND teaching a morning yoga class to the sleepy nerds. Cue the geek meditation: There will be no MIT-designed disco yoga mat or high-tech posture-correcting gadget, BUT we will surely be having the best ‘ol time we can have in gray-scaled and carpeted convention center. Check out our panel YogaDOTCalm: Streamlining Productivity and Focus, and all of the morning yoga sessions here and meditation sessions here.

Rebel Circus - Photos du journal. Geek Meditation Funny Comic. Some Body: How Yoga Taught Me To Finally Respect My Physical Self. For the first time, I saw my body as something actual rather than as an abstraction. 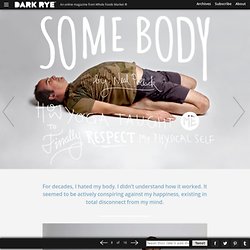 I realized it was just as important as my mind. It was my vessel, the only mode of transport I have. Hinduism & Yoga.