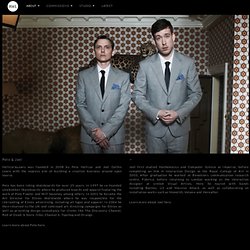 Pete has been riding skateboards for over 25 years. In 1997 he co-founded Unabomber Skateboards where he produced boards and apparel featuring the work of Pete Fowler and Will Sweeney among others. In 2001 he became the Art Director for Etnies Worldwide where he was responsible for the rebranding of Etnies advertising, including all logos and apparel. In 2004 he then returned to the UK and continued art directing campaigns for Etnies as well as providing design consultancy for clients like The Discovery Channel, Red or Dead, b Store, Nike, Channel 4, Topshop and Orange. Learn more about Pete here. Joel first studied Mathematics and Computer Science at Imperial, before completing an MA in Interaction Design at the Royal College of Art in 2003. The things I've done, the things I'd like to do and things I think are interesting. Misha Simonov. High Arctic / Work / United Visual Artists.

Set in the 2100AD, High Arctic is a monument to an Arctic past which invites us to think about human impact in the Arctic region and contemplate its fragility, its beauty, and its scale. 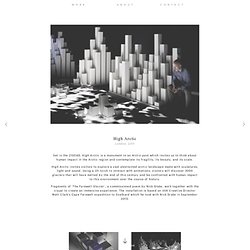 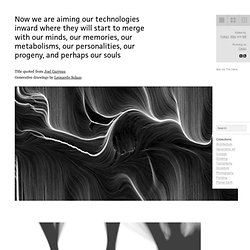 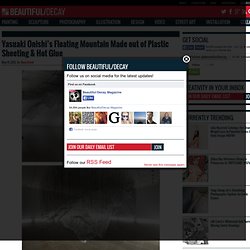 The process that he calls casting the invisible involves draping the plastic sheeting over stacked cardboard boxes, which are then removed to leave only their impressions. This process of reversing sculpture is Onishi’s meditation on the nature of the negative space, or void, left behind. Onishi wanted to create an installation that would change as visitors approached and viewed it from outside of the glass wall to inside the gallery space. Seen through the glass, the undulating, exterior surface and dense layers of vertical black strands are primarily visible. 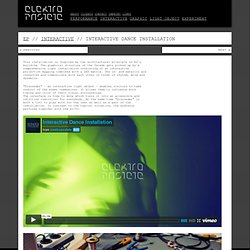 The graphical structure of the facade gets picked up by a comprehensive light installation consisting of an interactive projection mapping combined with a LED matrix. The in- and exterior are connected and communicate with each other in terms of rhythm, mood and dynamics. “Discoeder” – an interactive light object – enables visitors to take control of the event themselves. It allows them to influence both timing and color of their visual surroundings.

The interface is free to move which turns it into an accessible and intuitive controller for everybody. ASICS - Athletics World Championships in Moscow 2013 - Making Of. Level-In Wired In-Ear Headphones (Black) - Samsung UK. Samsung Tops Branded Video Chart With 3 Videos. Samsung grabbed three of this week’s top YouTube videos on the Adweek/VidIQ top 10 video chart, two of which center around celebrities and athletes to prove that the company does more than sell phones and tablets. 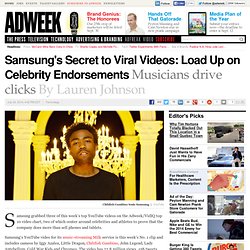 Samsung’s YouTube video for its music-streaming Milk service is this week’s No. 1 clip and includes cameos by Iggy Azalea, Little Dragon, Childish Gambino, John Legend, Lady Antebellum, Cold War Kids and Chromeo. The video has 22.8 million views, 458 tweets and more than 9,500 Facebook Likes. Samsung’s spot has been climbing up the chart for the past few weeks since it launched on July 2, thanks in part to a paid media push and underscores how the marketer is trying hard to compete against heavyweights Spotify and Pandora.