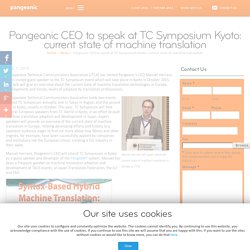 Will there be CAT tools in 2020? - Pangeanic Translation Technologies & News. By Manuel Herranz The speed at which computers and computing have evolved over the last 30 years has brought massive changes to many professions –and change for translation companies has not been an exception. 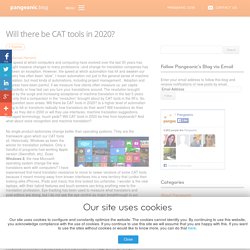 However, the speed at which automation has hit and awaken our industry has often been “slow”. I mean automation not just in the general sense of machine translation, but most kinds of automations, including project management. Adoption and progress have been painful, if we measure how clients often measure us: per capita productivity or how fast can you turn your translations around. The revolution brought about by the surge and increasing acceptance of machine translation in the last 5 years can only find a comparison in the “revolution” brought about by CAT tools in the 90’s. Pangeanic (@Pangeanic) This is a very interesting idea, creating logos for each ... How Google Works [Gifographic] Traducción al Inglés. Servicio de traducción profesional al inglés realizada por solo traductores nativos. 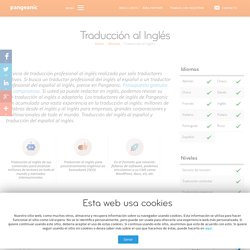 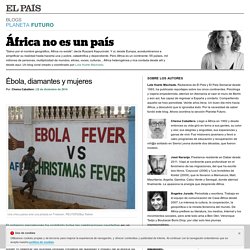 What foreign words are not so easy to translate into English? The amazing brains of the real-time interpreters. One morning this summer I paid a visit to the sole United Nations agency in London. 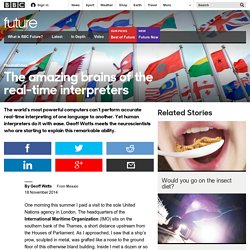 The headquarters of the International Maritime Organization (IMO) sits on the southern bank of the Thames, a short distance upstream from the Houses of Parliament. As I approached, I saw that a ship’s prow, sculpted in metal, was grafted like a nose to the ground floor of this otherwise bland building. Inside I met a dozen or so mostly female IMO translators. They were cheerful and chatty and better dressed than you might imagine for people who are often heard but rarely seen. I walked upstairs to a glass-fronted booth, where I prepared to witness something both absolutely remarkable and utterly routine. Let’s unpick what she did that morning and itemise its components. 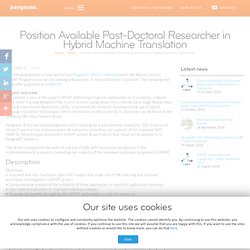 The following text is the offer published at EURAXESS. Project overview: The position is part of the project EXPERT (EXPloiting Empirical appRoaches to Translation), a Marie Curie Initial Training Network (ITN), it aims to train young researchers, namely Early Stage Researchers (ESRs) & Experienced Researchers (ERs), to promote the research, development & use of hybrid language translation technologies. More information on the project & its objectives can be found at the following URL: Pangeanic BI-Europe (www.pangeanic.com) is looking for a post-doctoral researcher (ER) to carry out research work on the implementation & evaluation (including user aspects) of the improved SMT, EBMT & TM prototypes proposed in EXPERT project & particularly how these can be applied to its PangeaMT platform.

Why Translation Services Is a Top Industry to Start a Business. Editor's Note: This article is part of Inc.'s 2014 Best Industries package. 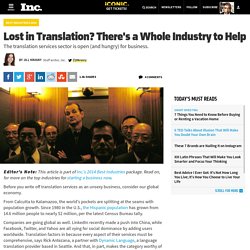 Read on, for more on the top industries for starting a business now. Before you write off translation services as an unsexy business, consider our global economy. From Calcutta to Kalamazoo, the world's pockets are splitting at the seams with population growth. Since 1980 in the U.S., the Hispanic population has grown from 14.6 million people to nearly 52 million, per the latest Census Bureau tally.

Companies are going global as well. "More than ever, companies of every size are looking to expand their market and to engage with customers on a deeper level," he says, noting the $35 billion in revenue the space generated in 2013. The same is true of employees. The Sweet Spots. Revisión de Memsource como usuario. Llevo unas semanas experimentando con una herramienta con mucho futuro en el mercado y quisiera ofrecer mi revisión de Memsource como usuario. 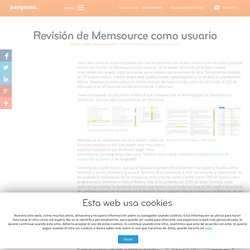 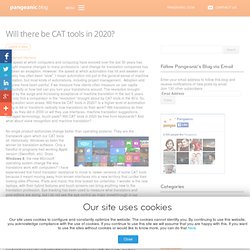 However, the speed at which automation has hit and awaken our industry has often been “slow”. I mean automation not just in the general sense of machine translation, but most kinds of automations, including project management. Adoption and progress have been painful, if we measure how clients often measure us: per capita productivity or how fast can you turn your translations around. The revolution brought about by the surge and increasing acceptance of machine translation in the last 5 years can only find a comparison in the “revolution” brought about by CAT tools in the 90’s. So, the question soon arises: Will there be CAT tools in 2020? 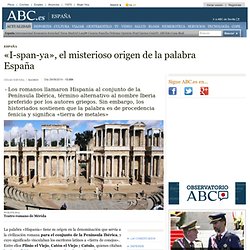 Computer-assisted translation is often also referred to as machine-assisted translation or machine-aided translation. Pangeanic uses several tools according to the format you need your translation in, from Excel, software (po files), InDesign files for desktop publishing, xml-compliant formats, etc. Contact Pangeanic and a member of our team will advise you on the best tool to use in your case. Hindi-Punjabi Machine Translation System. September 24, 2014 The University of Edinburgh (United Kingdom) and the Technology Development for Indian Languages (TDIL) of the Indian government have released a system for machine translation Hindi-Punjabi as developed by a faculty member from The Punjabi University, Mr.

Ajit Singh, an assistant professor at the MM Modi College, with help from the university’s Computer Science department. The software has recently been tested at both organizations. Vishal Goyal, assistant professor at the department of Computer Science at the Punjabi University, said: “the software has been made available online on the servers of the Edinburgh University and the TDIL.” He added the software is around 94% accurate, a much higher figure than for English-based systems. Política de Privacidad. Mistakes in Translation and Advertising that will Make Your International Business Fail. Partnering with a translation company may not come to mind initially when expanding your business. But you need to study each and every area of your business in detail to avoid any failures.

Make mistakes in translation and advertising (often combined) and you are sure to make your international business fail. It is not easy to keep a constant, solid, coherent brand message in different cultures and few brands have truly achieved that. Globalizing a business entity is a demanding task, and may not be as simple as it sounds. Being neglectful of even the apparently most insignificant areas of your business affairs can lead to considerable losses. Four Steps to Understanding DIY Machine Translation Customization. By Manuel Herranz There has been some recent controversy in LinkedIn and blogs about claims to higher technical levels of engine customization, what is machine translation engine customization, DIY Machine Translation Customization, and how some people understand it.

PangeaMT specializes in custom-built systems which users (typically LSPs and translation language departments) can later re-train in two different ways 1. on-site if they have a full system installation (when data privacy is an issue) 2. using our own servers, in SaaS and via our API. K. Vashee states that “The reality is that running an open source MT solution or using a “upload and pray” solution like that of many DIY MT vendors has become very easy.” This is a gross misunderstanding of what DIY MT is. Calling all young translators in Luxembourg. Youngsters with an aptitude for languages are being urged to participate in an EU-wide translation competition. Registration for the EU Young Translators' Contest for schools opens September 1 when schools can enter up to five students of any nationality born in 1997.

The competition will be held on November 27 at the same time in all selected schools. During the test, students will translate a one-page text from an official EU language into another. All 552 language combinations of the EU's 24 official languages are possible under the rules. This year papers to be translated will focus on “European identity”. After the competition, European Commission translators will mark the translations and select one winner per country.

To find out more about this comeptition, visit ec.europa.eu/translatores. A message from Manuel Herranz from Northern Cameroon. By Manuel Herranz Dear friends, colleagues, and acquaintances Many of you already know that I am in northern Cameroon in a small town called Gouria for almost two months doing volunteer work. I had to travel 50 km on a motorcycle to write this email. It is the third day I try since the connection is so unreliable. It is very difficult to get into my gmail mail account because the computers are old and do not load modern pages well. Translation Technology Terminology Conference. Machine Translation has been seen as a threat, as an innovation, as an opportunistic tool by unscrupulous translation agencies…. With the advent of DIY and the choice to in-source the technology, translation professionals are empowered to make the most of machine translation with the least hassle by becoming active participants of the customisation, cleaning, and (re)training process.

PangeaMT offers a technology transfer that goes beyond the typical “machine translation sale”. Machine Translation becomes the translation productivity enhancement tool which, unlike traditional translation memory systems, grows with the user rather than being an “off-the-shelf” product. The release and inclusion of a powerful API within the system allows users to create and offer connection to their MT to other organizations. This is a new revenue stream and business case for all translation companies. UK spends £1M interpreting in prisons, £15M in court translation. August 19, 2014 How much does each EU country spend in court/legal interpreting and translations and interpreting in prisons? In the case of the UK, the proportion of foreign nationals in English & Welsh jails is now over 10%. The cost of hiring translators for legal translation services and interpreting in prisons has reached new heights. The Mail Online reported that a freedom of information request to the Ministry of Justice shows that providing translation services to a large foreign inmate community costs the British taxpayer almost £1M in 2013.