Charlotte Clothier. Guns for Girls and Glamorous Weaponry! NOTE: This site is a parody for humor purposes only. 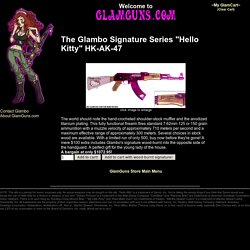 No actual weapons may be bought on this site. "Hello Kitty" is a trademark of Sanrio, Inc. You're taking the wrong drugs if you think that Sanrio would ever license the use of Hello Kitty for a firearm or weapon of any sort. "Disney Princess" is a trademark of the Walt Disney Company. "CareBear" and "Rainbow Brite" are trademarks of American Greetings Corporation and/or Hallmark. Ashoka. Ashoka Maurya (IAST: Aśoka; /əˈʃoʊkə/; 304–232 BCE), commonly known as Ashoka[4] and Ashoka the Great, was an Indian emperor of the Maurya Dynasty who ruled almost all of the Indian subcontinent from c. 268 to 232 BCE.[5] One of India's greatest emperors, Ashoka reigned over a realm that stretched from the Hindu Kush mountains in Afghanistan to the modern state of Bangladesh in the east. 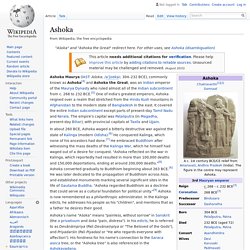 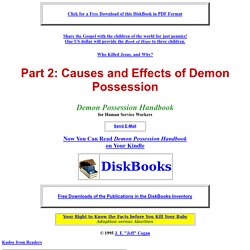 Ian McKellen. McKellen was appointed Commander of the Order of the British Empire in 1979,[4] knighted in 1991 for services to the performing arts,[5] and made a Companion of Honour for services to drama and to equality, in the 2008 New Year Honours.[6] He was made a Freeman of the City of London in October 2014. 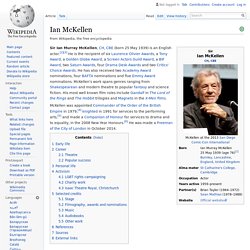 Early life[edit] McKellen was born on 25 May 1939 in Burnley, Lancashire, the son of Margery Lois (née Sutcliffe) and Denis Murray McKellen, a civil engineer. He was their second child, with a sister, Jean, five years his senior.[8] Shortly before the outbreak of the Second World War in September 1939, his family moved to Wigan. They lived there through the war and his early childhood. They relocated to Bolton in 1951, after his father had been promoted.[8][9] The experience of living through the war as a young child had a lasting impact on him, and he later claimed that "only after peace resumed ... did I realise that war wasn't normal Career[edit] Theatre[edit] Popular success[edit] Amulets, Talismans, & Charms. When I was writing Amulets and Talismans for Beginners, a friend commented that it would have to be of historic interest only, as no one used them nowadays. 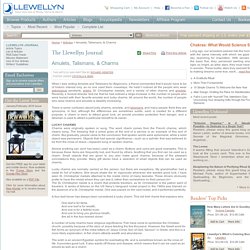 The Fairy Faith: An Ancient Indigenous European Religion. By Carolyn Emerick Fairies Looking Through A Gothic Arch, by John Anster Fitzgerald – 19th century There are two different meanings to the term “Fairy Faith.” 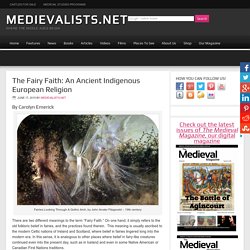 On one hand, it simply refers to the old folkloric belief in fairies, and the practices found therein. This meaning is usually ascribed to the modern Celtic nations of Ireland and Scotland, where belief in fairies lingered long into the modern era. In this sense, it is analogous to other places where belief in fairy-like creatures continued even into the present day, such as in Iceland and even in some Native American or Canadian First Nations traditions. The second meaning is found in the modern neo-pagan community. Bugchasing. Scanning electron micrograph of HIV-1 (in green) budding from cultured lymphocyte. 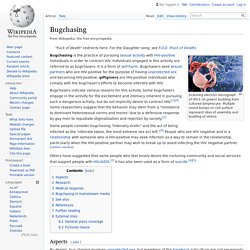 Multiple round bumps on cell surface represent sites of assembly and budding of virions. Bugchasers indicate various reasons for this activity. Viticulture. Viticulture (from the Latin word for vine) or winegrowing (wine growing) is the cultivation and harvesting of grapes. 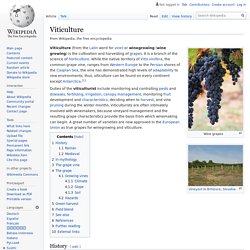 Endal. Endal (13 December 1995 – 13 March 2009) was a male Labrador retriever in Britain whose abilities as a service dog and as an ambassador for service dog charitable work received worldwide news media coverage. 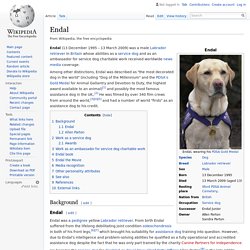 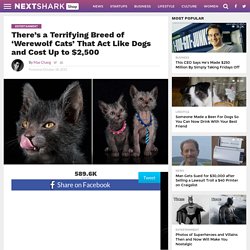 They are called Lykoi cats, and they possess a natural mutation that gives them the appearance of a scruffy-looking little wolf. Lykoi, which comes from the Greek word for wolf, are a fairly recent breed of cat that first appeared in 2010 and were bred by veterinarian Johnny Gobble and his wife Brittney. Gobble’s colleague, Patti Thomas, came up with the name after the first litter was presented to her. “Our founding cats come from two unrelated litters. “The Lykoi Cat’s name was the inspiration of Patti.

Tomorrow I am meeting the family of a kid who claims to be the reincarnation of my dead wife. : nosleep. Sonia Gandhi. Sonia Gandhi ( pronunciation ; born Edvige Antonia Albina Màino,[4][5][6] 9 December 1946) is an Italian-born Indian politician, who has served as President of the Indian National Congress party since 1998.[5] She is the widow of former Prime Minister of India, Rajiv Gandhi who belonged to the Nehru–Gandhi family. After her husband's assassination in 1991, she was invited by Congress leaders to take over the government but she refused and publicly stayed away from politics amidst constant prodding from the party.[7] She finally agreed to join politics in 1997; in 1998, she was elected President of the Congress party.[5]