Art Appreciation - Layers of Learning. This exploration is for all ages, as the colored smilies show. 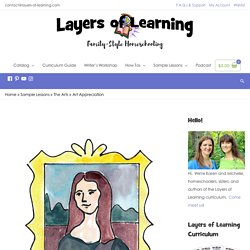 You can use art cards to play games and learn about famous art with your whole family. Art appreciation is an important part of an art education. Art cards are found within many of the Layers of Learning units. We use them so kids can become familiar with the great art of the world while holding it in their hands, playing games with it, and learning to spot the details. Layers of Learning has hands-on art explorations in every unit of this family-friendly curriculum. Learning about great artists and their works is a great beginning to art education. Step 1: Library Research Before you begin playing with the art cards, read a book or two about art. The Arts: A Visual Encyclopedia. Baroque Art Cards. Clay. Romanesque pop-up Cathedral. A new and interesting idea from the art teacher Giovanni Perdicchia, who has already published on this website an activity about art works and photography. 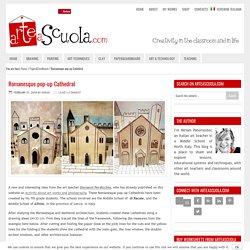 AI brings Mona Lisa to life. Architecture is a good idea/off topic. Byli sobie wynalazcy - Leonardo da Winczi. Landscape Paintings in the Renaissance, from Giotto to Annibale Carracci. First Landscape in Western Art There are different opinions among the scholars about which painting represents the first true landscape in Western art. 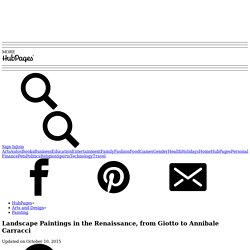 True landscape means a picture featuring the landscape as the principal subject, not just an element complementary to the representation of human figures. The Chinese art, reflecting the Buddhist pantheism, has produced works of pure landscapes already in the XI and XII centuries. In western art, the Christian religion places the man and the man’s action at the centre of his interest. Giotto di Bondone Style and Technique. While ultimately di Bondone chose to develop his own style of painting, as an apprentice he worked closely with his master, Cimabue. 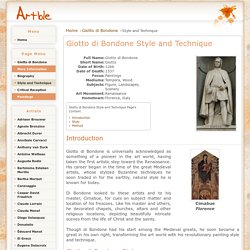 There is clear evidence that the two worked together on the ceiling of the Church of St. Francis in Assisi, portraying scenes from the saint's life. However, even though this is considered di Bondone's earliest work, it is quite clear which of the scenes he was responsible for, his individual technique already beginning to clarify itself. Di Bondone's style was wholly new and unique for its time. From Foreground to Background. 1. 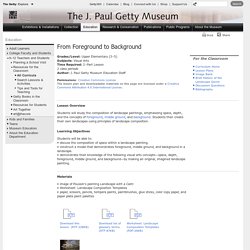 Instruct students to look carefully at Poussin's Landscape with a Calm. Giotto, Złożenie Maryi do grobu - film z polskimi napisami (film) Creating a Watercolor Mixing Chart PLUS a Printable — Scratchmade Journal. What are the differences between tempera and oil painting, and what are some examples? Giotto Art Project & Homemade Egg Tempera - Half a Hundred Acre Wood. This post may contain affiliate links that provide a commission to us if you make a purchase. 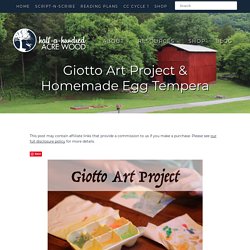 Please see our full disclosure policy for more details. Have you ever had an idea not go as planned? Art Masterpiece: Giotto Stucco and Egg Paint Project. Why Study Giotto- Podcast #36 - Ridge Light Ranch. Mamascout: exploration lab. Exploration lab:: grind your own paint Inspired by this book, we learned a bit about Giotto and made our own egg tempera paint. 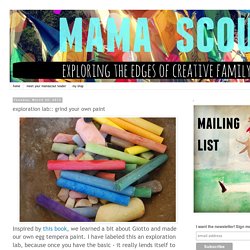 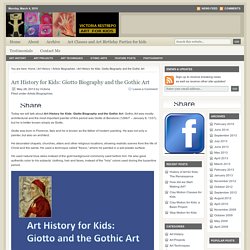 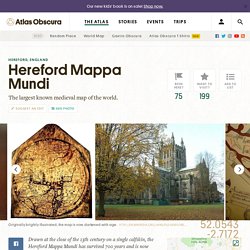 The map was designed from the start not for practical navigation, but as an inspiring work of art. Following the medieval tradition, the circular map shows the known world with Jerusalem at its center. In some places it is surprisingly accurate, in others, shockingly off-base. The labels for Europe and Africa are transposed, for example. The Aberdeen Bestiary. Weird and Wonderful Creatures of the Bestiary - Medieval manuscripts blog.

Those of you who follow our blog regularly will surely have noticed our deep and abiding love for medieval animals and bestiaries; in the past we’ve done posts about dogs, cats, elephants, hedgehogs, beavers, owls, and more. 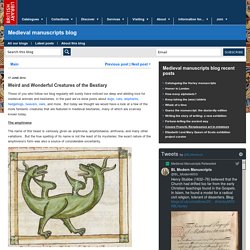 But today we thought we would have a look at a few of the more fantastic creatures that are featured in medieval bestiaries, many of which are scarcely known today. Drzwi Gnieźnieńskie - Drzwi Świętego Wojciecha Animacja jakiej nie było! Illuminated Manuscripts S01E02 - Fantastic Beasts from the Northumberland Bestiary (Ms. 100) The Secret of Kells (2009) [dubbing pl] 1080p - wideo w cda.pl.