Dominique de Villepin devant l'ONU ( Heroic speech ) Discours de Villepin à l'ONU contre la guerre en Irak. The trouble with diplomatic dining. Iran’s re-entry into the diplomatic mainstream might be thoroughly welcome, but it is not without its hitches. 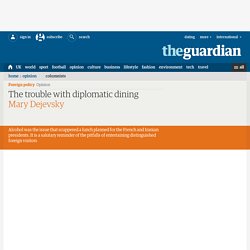 Just as President Hassan Rouhani was preparing for a trip to Europe that will start in Italy and continue, via the Vatican, to France, his Paris stay risked being soured in advance by differences over … food and drink. The French were reportedly offering lunch with President François Hollande. But the Iranians insisted that the food should be halal and the drinks only soft – which, of course, for the French, made it a travesty of déjeuner. Such a meal might also have given Marine le Pen some political bonus points if she had learned of the menu. Putin’s closest ally – and his biggest liability.

On 27 February this year, Boris Nemtsov took his girlfriend out to dinner near Red Square. 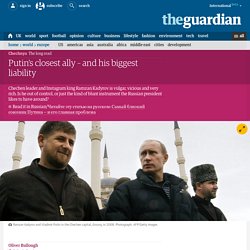 Nemtsov was 55, greying but boyish. He had served briefly as Russia’s deputy prime minister in the late 1990s, but thereafter had been in perpetual opposition. The CIA Just Declassified the Document That Supposedly Justified the Iraq Invasion. Thirteen years ago, the intelligence community concluded in a 93-page classified document used to justify the invasion of Iraq that it lacked "specific information" on "many key aspects" of Iraqi President Saddam Hussein's weapons of mass destruction (WMD) programs. 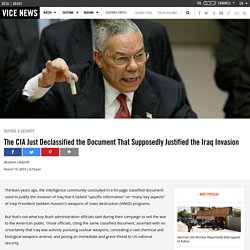 But that's not what top Bush administration officials said during their campaign to sell the war to the American public. Those officials, citing the same classified document, asserted with no uncertainty that Iraq was actively pursuing nuclear weapons, concealing a vast chemical and biological weapons arsenal, and posing an immediate and grave threat to US national security. Congress eventually concluded that the Bush administration had "overstated" its dire warnings about the Iraqi threat, and that the administration's claims about Iraq's WMD program were "not supported by the underlying intelligence reporting. " Related: 'Leading the Fight Against the Islamic State: The Battle For Iraq, Dispatch 10' Why Yemen Is Like Scotland — and Could Be a Choke Point for a Lot of the World's Oil. The current conflict in Yemen has a lot going for it. 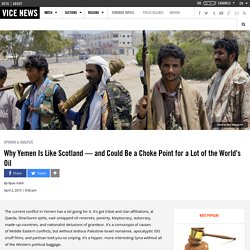 It's got tribal and clan affiliations, al Qaeda, Shia/Sunni splits, vast untapped oil reserves, poverty, kleptocracy, autocracy, made-up countries, and nationalist delusions of grandeur. It's a cornucopia of causes of Middle Eastern conflicts, but without tedious Palestine-Israel nonsense, apocalyptic ISIS snuff films, and partisan told-you-so sniping. It's a hipper, more interesting Syria without all of the Western political baggage. If you're in a hurry, you can chalk up the current fighting to the perpetual Sunni-Shia rivalry that seems to fuel just about every big power struggle in the Middle East. This is from an article I wrote last year about the fighting in Iraq: Hamas Didn’t Kidnap the Israeli Teens After All. Communication Charts Around The World. 7 worst international aid ideas. « Deutsche Qualität » ? Trois exemples de l’(in)efficacité allemande. 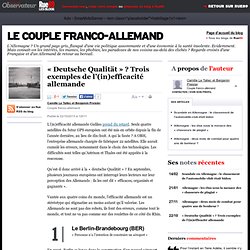 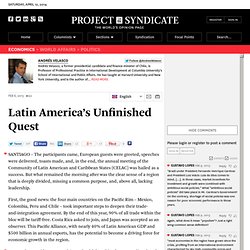 Click to hide this space SANTIAGO – The participants came, European guests were greeted, speeches were delivered, toasts made, and, in the end, the annual meeting of the Community of Latin American and Caribbean States (CELAC) was hailed as a success. But what remained the morning after was the clear sense of a region that is deeply divided, missing a common purpose, and, above all, lacking leadership. First, the good news: the four main countries on the Pacific Rim – Mexico, Colombia, Peru and Chile – took important steps to deepen their trade-and-integration agreement. By the end of this year, 90% of all trade within the bloc will be tariff-free. Hugo Chavez : un mirage calamiteux créé par les pétrodollars. Une peinture murale de Chavez à Caracas, avec l’inscription « En voie de guérison » (Ariana Cubillos/AP/SIPA) Je me suis toujours demandé ce que serait devenu Hugo Chavez si le Venezuela n’avait pas eu de pétrole. 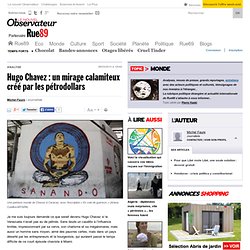 Girlfriend in a Coma. This Is the Real Political Map of America—We Are Not That Divided. Protests in Vietnam as anger over China's 'bullying' grows. The banners, T-shirts and handwritten posters said it all. 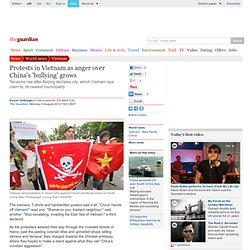 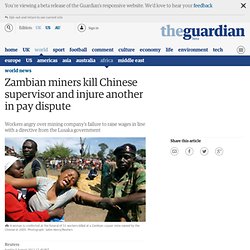 Chinese companies have invested more than $1bn in Zambia's copper industry, but animosity towards them is growing as Zambian workers accuse firms of abuses and underpaying. Workers at Collum, 325km (200 miles) south of the capital, Lusaka, attacked Chinese bosses, demanding wage rises in line with those stipulated by the government last month. In July, Zambia raised minimum wages to 522,000 kwacha (£70) for maids and household servants and to 1.1m kwacha for shop workers without unions. "We are yet to establish the exact circumstances, but the report I have is that one Chinese was killed and another injured as the workers demanded the new minimum wage," said Shamenda.