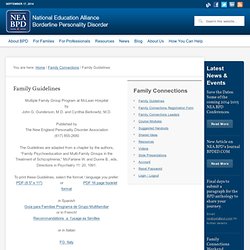 Gunderson, M.D. and Cynthia Berkowitz, M.D. Published by The New England Personality Disorder Association (617) 855-2680 The Guidelines are adapted from a chapter by the authors, “Family Psychoeducation and Multi-Family Groups in the Treatment of Schizophrenia,” McFarlane W. and Dunne B., eds, Directions in Psychiatry 11: 20, 1991. To print these Guidelines, select the format / language you prefer:PDF (8.5″ x 11″) or PDF 16 page booklet format. Dating Emotional Predators: Signs to Look Out For. Dating an emotional predator, a narcissist, a sociopath or anyone else who has the potential to be an abusive or toxic influence in your life is a devastating emotional roller coaster of highs and lows. 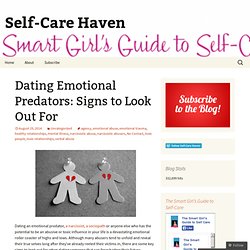 Although many abusers tend to unfold and reveal their true selves long after they’ve already reeled their victims in, there are some key signs to look out for when dating someone that can foreshadow their future behavior. The great thing about dating is that you are not committing to a relationship, so you can use this process as a way to find out more about a potential partner, and if necessary, cut ties should he or she turn out to have abusive traits without investing further in the relationship.

Dissonance. Connectivism. Connectivism is a hypothesis of learning which emphasizes the role of social and cultural context. 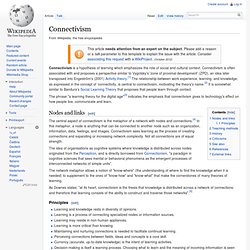 Connectivism is often associated with and proposes a perspective similar to Vygotsky's 'zone of proximal development' (ZPD), an idea later transposed into Engeström's (2001) Activity theory.[1] The relationship between work experience, learning, and knowledge, as expressed in the concept of ‘connectivity, is central to connectivism, motivating the theory's name.[2] It is somewhat similar to Bandura's Social Learning Theory that proposes that people learn through contact.

The phrase "a learning theory for the digital age"[3] indicates the emphasis that connectivism gives to technology's effect on how people live, communicate and learn. Nodes and links[edit] The central aspect of connectivism is the metaphor of a network with nodes and connections.[4] In this metaphor, a node is anything that can be connected to another node such as an organization, information, data, feelings, and images. 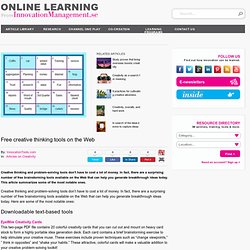 In fact, there are a surprising number of free brainstorming tools available on the Web that can help you generate breakthrough ideas today. This article summarizes some of the most notable ones. Creative Thinking Exercise. The PAH Continuum: Pedagogy, Andragogy & Heutagogy. Knowles' andragogy: an angle on adult learning. Malcolm Knowles' "Andragogy" (supposedly the adult equivalent of "pedagogy") is a leading "brand" in adult education theory: Andragogy assumes that the point at which an individual achieves a self-concept of essential self-direction is the point at which he psychologically becomes adult. 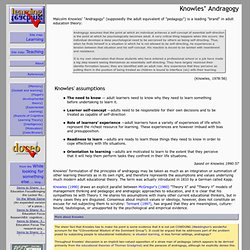 A very critical thing happens when this occurs: the individual develops a deep psychological need to be perceived by others as being self-directing. Thus, when he finds himself in a situation in which he is not allowed to be self-directing, he experiences a tension between that situation and his self-concept. Cognitive Dissonance Theory. Cognitive dissonance. 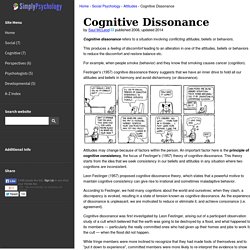 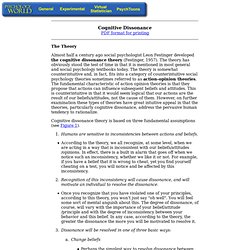 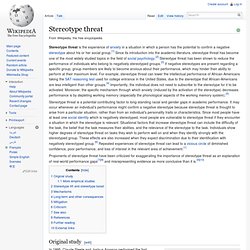 For example, stereotype threat can lower the intellectual performance of African-Americans taking the SAT reasoning test used for college entrance in the United States, due to the stereotype that African-Americans are less intelligent than other groups.[4] Importantly, the individual does not need to subscribe to the stereotype for it to be activated. Clean Language. Clean Language is a technique that is used especially in psychotherapy and coaching. 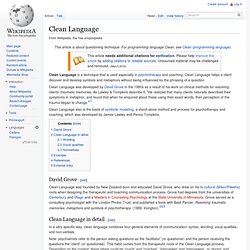 Clean Language helps a client discover and develop symbols and metaphors without being influenced by the phrasing of a question. Clean Language also is the basis of symbolic modeling, a stand-alone method and process for psychotherapy and coaching, which was developed by James Lawley and Penny Tompkins. David Grove[edit] Clean Language was founded by New Zealand-born and educated David Grove, who drew on his bi cultural (Māori/Pākeha) roots when designing the therapeutic and coaching communication process. Grove had degrees from the universities of Canterbury and Otago and a Masters in Counseling Psychology at the State University of Minnesota. Clean Language in detail[edit] In a very specific way, clean language combines four general elements of communication: syntax, wording, vocal qualities, and non-verbals. Wording[edit] Vocal qualities[edit] Marxist theory: the advantage of foresight over astonishment. Details Thursday, 20 February 2014 Written by Lee Singh Gill. 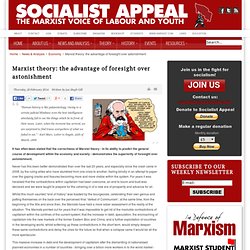 Biderman's Chart of Coercion. Biderman's Chart of Coercion "Most people who brainwash...use methods similar to those of prison guards who recognize that physical control is never easily accomplished without the cooperation of the prisoner. The most effective way to gain that cooperation is through subversive manipulation of the mind and feelings of the victim, who then becomes a psychological, as well as a physical, prisoner. " from an Amnesty International publication, "Report on Torture", which depicts the brainwashing of prisoners of war.