Sebastiano Girardi Studio. Slack — Story — Pentagram. Slack is a collaboration hub that is changing the way people work and communicate, helping workers be more productive through a cloud-based set of proprietary collaboration tools. 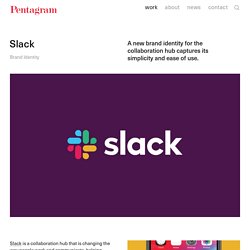 Pentagram has designed a new brand identity for Slack that captures the software’s simplicity and ease of use, updating its familiar hashtag logo to work consistently in different scales and contexts. The extended visual language introduces a more refined color palette but retains the brand’s playful visual personality. Pentagram worked closely on the project with Slack founder and CEO Stewart Butterfield and the in-house design and brand team. The update is the first significant change to Slack’s brand identity since the company launched in 2013 with a logo that resembles a hashtag, or octothorpe.

The hashtag is an organizing element in the platform, signaling the beginning of the channels where teams can talk about individual projects. 6 great logo ideas that break the mould. Making a good logo great is about taking the brief that one step further.

Nicely crafted, fit-for-purpose designs that meet, rather than confound, expectations risk blending into the background. It takes that extra spark for a logo to really stick in the mind – and a killer idea is everything. The very best logos use intelligence, wit and unconventional thinking to find that hidden gem that makes them special. 41 cool logos that are so hot right now - 99designs. Any list of cool logos is going to be necessarily subjective, paradoxically both incomplete and overly broad.

But I’m a freelance writer, and numbered lists on the internet are how I pay my bills, so we’re doing it anyway. Identité visuelle Saint-Didier-Au-Mont-d'Or. 30+ Examples of Brand Logo Designs Used by Modern Companies. Nowadays all companies have a brand logo which represent the companies brand in front of the public. 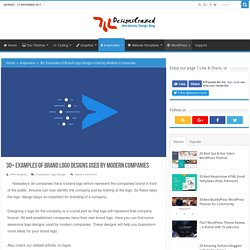 Anyone can now identify the company just by looking at the logo. So these days the logo design plays an important for branding of a company. Designing a logo for the company is a crucial part as that logo will represent that company forever. All well-established companies have their own brand logo. Here you can find some awesome logo designs used by modern companies. Also check our related articles on logos Video Sharing App Logo Design. Logo Of The Day - Logo Design Inspiration, Gallery & Award Scheme! Logos responsive, la nueva tendencia en branding. Salvador Dalí’s Real Masterpiece: The Logo For Chupa Chups Lollipops. Salvador Dalí, the wacky surrealist known for his signature pointy mustache and painting melting clocks, was also graphic designer behind the classic Chupa Chups–an enduringly sweet, bright rendition of a daisy. 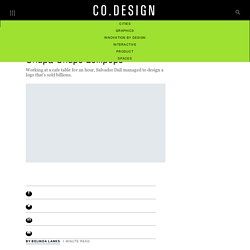 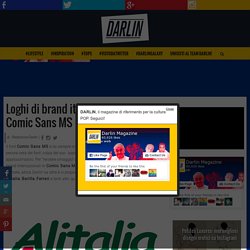 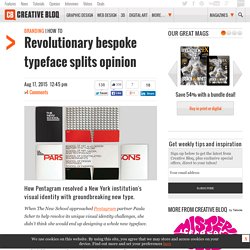 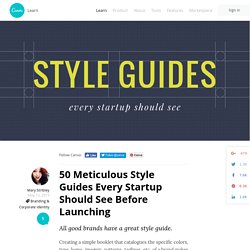 Creating a simple booklet that catalogues the specific colors, type, logos, imagery, patterns, taglines, etc. of a brand makes sure the brand machine runs smoothly. To prove why you shouldn’t let your style guide go by the wayside, we’re going to take a look at 50 stunning and detailed examples of style guides that are sure to encourage you to begin compiling your own. And when you’re ready to put that style guide to work, trial it the fun way, by designing a branded social media graphic in Canva (click here). 01. Woshi-Woshi cosmetics visual identity. 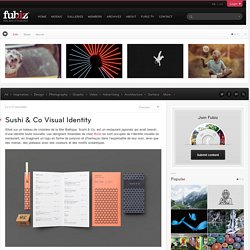 In this book, Unit Editions presents another thorough compendium of graphic standards and corporate identity manuals. Manuals 2 features a mix of 20 outstanding American and European design manuals. Each is photographed in exquisite detail and accompanied by meticulous descriptions of their physical make-up. Déjate inspirar por estos 50 logos increíblemente inteligentes con mensajes ocultos. 21 outstanding uses of colour in branding. Colour theory is a central and often overlooked area of design. On a simple level, the colours on the warm side of the spectrum – such as red and yellow – are bold, uplifting and energetic, while their cooler counterparts, blue and green, exude calmness and feel more reserved. This is particularly relevant when it comes to branding: on an emotional level, in terms of how consumers feel when they look at it; but also on a practical level, in terms of market standout.

As every Shackburger fan knows, Shake Shack serves some of the best burgers in the world. And now, with a recent IPO that has valued the company at a staggering $1.6 billion, more of the world will get to know the Shack: From its roots as a hot dog stand in New York’s Madison Square Park, the company has grown into a chain of 63 restaurants from Chicago to Dubai, and plans to use the additional funds to expand to over 400 locations in the next decade. Grohs Visual Identity. Como ha ufficialmente un logo: venite a scoprire il vincitore! Tokyo TDC 2014 Visual Identity. Chaque année, le Tokyo Type Directors Club présente les résultats de ses prix annuels à la galerie graphique Ginza de Tokyo et la galerie DDD à Osaka.

Les organisateurs ont invité l’équipe Non-Format à créer l’affiche promotionnelle. Voici leur identité visuelle pour l’édition 2014. Nouveau logo Quick. Bella collezione di progetti di immagine aziendale. Sorprendenti biglietti da visita dal design creativo. Creative Logo Designs for Inspiration #32. Corporate identity or Branding is all about creating a logo design and in building up the brand value is essentially best done by a graphic designer who is adept in creating images keeping the color schemes, and the artistic value of the image that represents the brand as well as the organizations. When designing a new logo, it should be done in such a way that the customer is able to recollect and recognize the logo design. Here we have some superb logo design examples, i hope you will enjoy the concept and ideas of these creative logos.