The Lit of Jazz - The Albums. Jef Lee Johnson, Sonny Thompson and Michael Bland: News From the Jungle. CD/LP/Track Review A quintessential slab of guitar-based, acid-drenched, New Power Generation/ Blackrock Coalition crossbred funk brought to you from the recording studios of Minneapolis... starring a now officially, ridiculously, inexcusably under-recognized guitar god/genius/freak from Philadelphia, all coming to you through the good graces of... 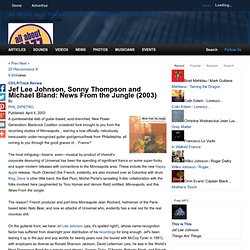 France? The most intriguing—bizarre, even—musical by-product of Vivendi's corporate devouring of Universal has been the spending of significant francs on some super-funky and super-modern releases with connections to the Minneapolis area. These include the new Happy Apple release, Youth Oriented (the French, evidently, are also involved over at Columbia with drum King, Dave 's other little band, the Bad Plus), Michel Portal's sprawling 3-disc collaboration with the folks involved here (augmented by Tony Hymas and Vernon Reid) entitled, Minneapolis, and this News From the Jungle.

The reason? The approach? Record Label: Verve Music Group. The Daily Page - Blues Anatomy with Jef Lee Johnson. Singer/guitarist Lonnie Johnson was one of the most influential blues and jazz players of the 1920s and '30s. 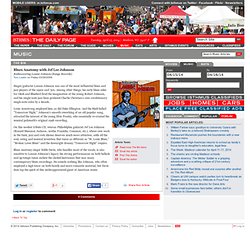 Among other things, his early blues sides for Okeh and Bluebird fired the imagination of the young Robert Johnson, and his single-note jazz lines predated Charlie Christian's own revolutionary single-note solos by a decade. Louis Armstrong employed him; so did Duke Ellington. And the R&B ballad "Tomorrow Night," Johnson's smooth reworking of an old popular song, attracted the interest of the young Elvis Presley, who essentially re-created the musical polymath's original 1948 recording.

River of Dreams. River of Dreams is the twelfth studio album by American singer-songwriter Billy Joel, released on August 10, 1993. 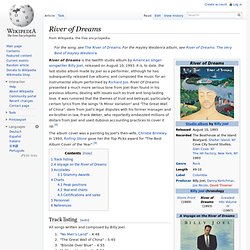 It is, to date, the last studio album made by Joel as a performer, although he has subsequently released live albums, and composed the music for an instrumental album performed by Richard Joo. River Of Dreams presented a much more serious tone from Joel than found in his previous albums, dealing with issues such as trust and long-lasting love. It was rumored that the themes of trust and betrayal, particularly certain lyrics from the songs "A Minor Variation" and "The Great Wall of China", stem from Joel's legal disputes with his former manager and ex-brother-in-law, Frank Weber, who reportedly embezzled millions of dollars from Joel and used dubious accounting practices to cover it up.[8] The album cover was a painting by Joel's then-wife, Christie Brinkley. In 1993, Rolling Stone gave her the Top Picks award for "The Best Album Cover of the Year".[9] Track listing[edit] 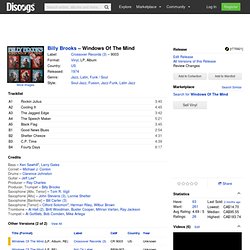 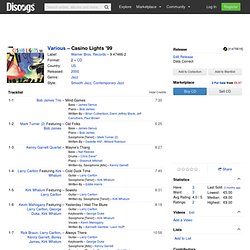 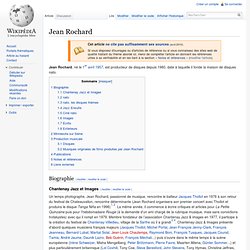 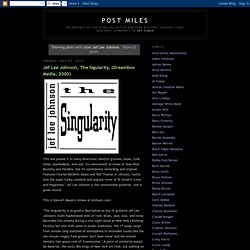 Carter loves extended technique, big tone and big solos, and I think his style actually works best with a strong funk backing groove. Johnson's guitar work is a revelation, grounded in Hendrix and 'Blood' Ulmer, and always in the pocket. Ronald Shannon Jackson's drumming is as melodic (!) As always, and this funk delivers. Listening to the album again, the third track "Terminal B" sounded too familiar. There's really an amazing dearth of reviews for this gem out there. Tracks: 1. Jef Lee Johnson MP3 Downloads - 7digital. Jef Lee Johnson : Albums. Back to main Jef Lee Johnson Discography. 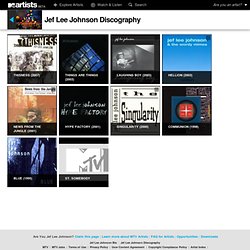 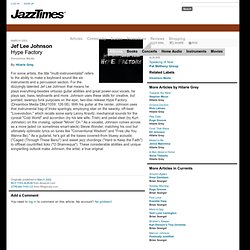