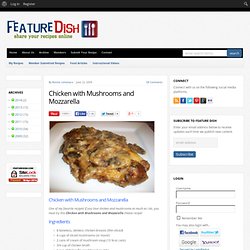 If you love chicken and mushrooms as much as I do, you must try this Chicken with Mushrooms and Mozzarella cheese recipe! Ingredients 8 boneless, skinless chicken breasts (thin-sliced)4 cups of sliced mushrooms (or more!) 2 cans of cream of mushroom soup (10 ¾ oz cans)3/4 cup of chicken broth1 cup of Italian flavored bread crumbs1 cup of shredded mozzarella cheese2 tablespoons of butter3 eggs, beaten2 teaspoons of olive oil1 teaspoon of minced garlic1 teaspoon of garlic powder1 teaspoon of dry basil1 teaspoon of dry rosemarySalt and black pepper to taste Instructions Preheat oven to 350 degrees F. In a large skillet, heat olive oil on medium heat. Meanwhile, heat butter in a large skillet on medium-high heat. When finished cooking, place chicken over mushrooms in baking pan. Mix cream of mushroom soup with chicken broth in separate bowl, and then pour over chicken.

Country Club Chicken. It wasn’t until a friend of mine casually asked me what I had put into the chicken casserole that made it so creamy without making it greasy, that it dawned on me this is more an American than a European way of cooking. Using a concentrated soup as the basis of your casserole—turning it into a sauce like that—isn’t really common in Dutch cooking. Actually, it’s really uncommon. I love it, though. It’s tasty, easy and fast and you always get the same result. This is a very old recipe that a lot of you probably still know from old church or community cookbooks. For those of you who don’t… you need to make this one, stat. Ingredients: Sweet and Sour Chicken. Joe's Crab Shack - Crab Cakes Recipe.

Chronicles from a Vermont foodie: Sun Dried Tomato Chicken. My son has been bugging me for weeks to let him have a Facebook page. 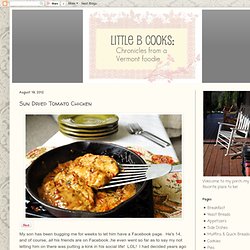 He's 14, and of course, all his friends are on Facebook.....he even went so far as to say my not letting him on there was putting a kink in his social life! LOL! I had decided years ago that 16 would be the magic number for Facebook, mostly because I just don't want him getting involved in Facebook drama. Crockpot Sweet and Spicy Meatballs. This recipe is a classic simply because it's so delicious. 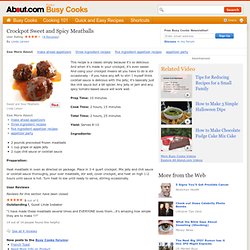 And when it's made in your crockpot, it's even easier. And using your crockpot means all you have to do is stir occasionally - if you have any left to stir! I myself think cocktail sauce is delicious with the jelly; it's basically just like chili sauce but a bit spicier. Sweet and Sour Pork Recipe (咕嚕肉) (Popular and All-Time Favorite Chinese recipes: Broccoli Beef, Chow Mein, Egg Drop Soup, Kung Pao Chicken, Cashew Chicken, Fried Rice, Orange Chicken, Mongolian Beef, and more.) 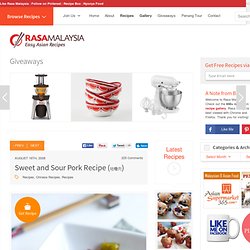 Sweet and Sour Pork, the ubiquitous and arguably the most well-known Chinese recipe in the world, is a classic Cantonese dish. Called “咕嚕肉” or “goo lou yok” in Cantonese dialect, sweet and sour pork is very pleasing to the palate because of the flavorsome sweet and sour sauce–the sweetness from sugar plus the tangy ketchup and sharp rice vinegar–with the crispy fried pork pieces. The green and red bell peppers and pineapple pieces are just icing on the cake. Philly Cheesesteak Stuffed Peppers. Red Lobster Recipes - Red Lobster Shrimp Scampi. Man-Pleasing Chicken. I have never gotten so many compliments before, let alone for a piece of chicken. 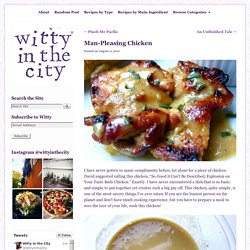 David suggested calling this chicken, “So Good it Can’t Be Described, Explosion on Your Taste Buds Chicken.” Exactly. I have never encountered a dish that is so basic and simple to put together yet creates such a big pay off. This chicken, quite simply, is one of the most savory things I’ve ever eaten. If you are the busiest person on the planet and don’t have much cooking experience, but you have to prepare a meal to woo the love of your life, cook this chicken! Sour Cream and Bacon Crockpot Chicken. Bubble Up Enchiladas. Be sure and join me on Facebook for the latest updates on new recipes! 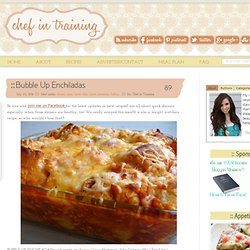 I am all about quick dinners, especially when those dinners are healthy, too! Doritos Cheesy Chicken Casserole. This recipe is from Plain Chicken reader, Diane Blake. 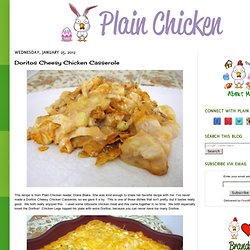 She was kind enough to share her favorite recipe with me. I've never made a Doritos Cheesy Chicken Casserole, so we gave it a try. This is one of those dishes that isn't pretty, but it tastes really good. We both really enjoyed this. Honey Sauced Chicken. Hi Pinterest visitors! 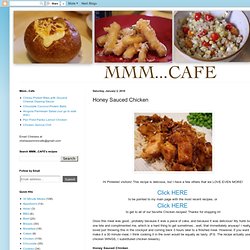 This recipe is delicious, but I have a few others that we LOVE EVEN MORE! To be pointed to my main page with the most recent recipes, or to get to all of our favorite Chicken recipes! Easy Garlic Chicken Recipe - Food.com - 5478. Baked Sweet and Sour Chicken with Fried Rice.

3 Envelope Roast. Crafty Kitchen: Stromboli Recipe. This recipe is the one I am most often asked for. 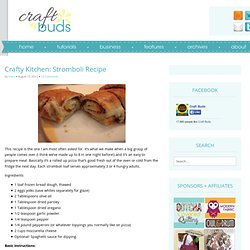 It’s what we make when a big group of people comes over (I think we’ve made up to 8 in one night before!) And it’s an easy to prepare meal. Basically it’s a rolled up pizza that’s good fresh out of the oven or cold from the fridge the next day. Each stromboli loaf serves approximately 3 or 4 hungry adults. Ingredients 1 loaf frozen bread dough, thawed2 eggs yolks (save whites separately for glaze)2 Tablespoons olive oil1 Tablespoon dried parsley1 Tablespoon dried oregano1/2 teaspoon garlic powder1/4 teaspoon pepper1/4 pound pepperoni (or whatever toppings you normally like on pizza)2 cups mozzarella cheeseOptional: Spaghetti sauce for dipping.

Pasta with Creamy Cajun Sauce. Sunday, April 15, 2007 A few weeks ago, I was doing prepping in the studio kitchen for a class called “Creative Healthy Cooking” for that evening. 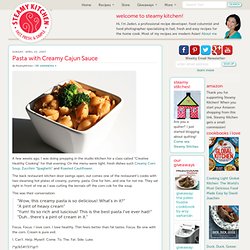 On the menu were light, fresh dishes such Creamy Corn Soup, Zucchini “Spaghetti” and Roasted Cauliflower. The back restaurant kitchen door swings open, out comes one of the restaurant’s cooks with two steaming hot plates of creamy, yummy, pasta. One for him…and one for not me. They sat right in front of me as I was cutting the kernals off the corn cob for the soup. Fried Rice. Thanksgiving is tomorrow and I figured I'd share a recipe today. Is it for your Thanksgiving repetoire? Nope. Because if you haven't figured out what you're doing by now, just order out from a local restaurant. THIS is... Fried Rice. Cast of characters: Brown rice (or white if you prefer, but let's have a little health included here!)

Begin by melting 1/2 a stick of butter (or margarine) in a big skillet with about 2 T. of oil. Once your butter is melted, put in 1/2 of a finely chopped onion. Stir well. Crack yer two eggs into the skillet. P. F. Chang's Mongolian Beef Recipe - Food.com - 66121. Potato and Cheese Pierogi Recipe. Pierogi are traditional Polish noodle dumplings, filled with a variety of classic sweet and savory mixtures. For this recipe, we've chosen to make a basic potato-cheese filling and serve them as a side dish topped with sour cream, garlic and chive sauce. Our family recipe, combined with a fairly standard dough preparation method, produces an exceptionally light and tender finished product. Mexican Chicken. Preheat oven to 350 degrees. Homemade Chicken and Dumplings. In a bowl, combine the flour, baking powder and salt. Cut the butter into the dry ingredients with a fork or pastry blender. Stir in the milk, mixing with a fork until the dough forms a ball.

It’s that time of year, and my mind is already drifting to all those weathered crab shacks at the Eastern Shore, where you can look out over the bay and put your feet in the sand. Cheesy Chicken Lasagna. Here is a fun alternative to your normal lasagna. Quick Chicken Salad. White Chicken Enchiladas. Welcome Pinners! Thanks for visiting. Fast Food: Creamy Shrimp and Mushroom Pasta. Bacon Cheeseburger Chicken. Bacon Cheeseburger Chicken is definitely in the Top 3 Favorite Meals Ever according to Kevin. :) I like it too, because it’s easy way to amp up boring chicken breasts into an exciting, mouth-watering meal. :D Intrigued?