SiteSucker for iOS. Description SiteSucker is an iOS app that works with your iPad, iPhone, or iPod touch to automatically download websites from the Internet. 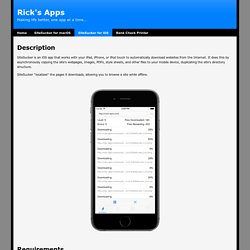 It does this by asynchronously copying the site's webpages, images, PDFs, style sheets, and other files to your mobile device, duplicating the site's directory structure. How can I download an entire website? 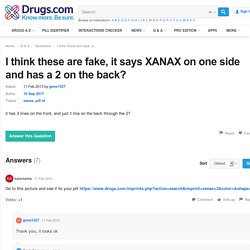 Photo. Teach Yourself Anything: 3 Ways To Create Your Own Learning Playlists. Advertisement The Internet is a fire hose. 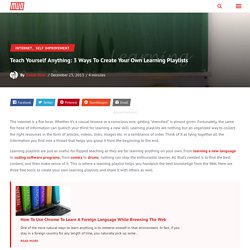 7 Major Players In Free Online Education. By Jennifer Berry Imagine a world where free, college-level education was available to almost everyone. 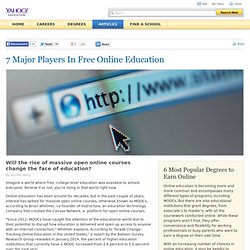 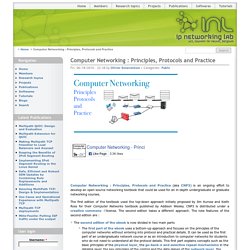 The first edition of the textbook used the top-down approach initially proposed by Jim Kurose and Keith Ross for their Computer Networks textbook published by Addison Wesley. CNP3 is distributed under a creative commons license. The second edition takes a different approach. The new features of the second edition are : The second edition of the ebook is now divided in two main parts The first part of the ebook uses a bottom-up approach and focuses on the principles of the computer networks without entering into protocol and practical details. 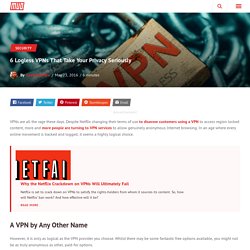 Despite Netflix changing their terms of use to disavow customers using a VPN to access region locked content, more and more people are turning to VPN services to allow genuinely anonymous Internet browsing. Free Online Virus, Malware and URL Scanner. 40 Best Firefox Browser Add-Ons. How To Learn A New Skill Systematically With Collaborative Learning Playlists. Lifehacker Pack for Firefox: Our List of the Essential Extensions.

Personal dev. Drive. Resume. Python. How to Remember What You Read. “I cannot remember the books I have read any more than the meals I have eaten; even so, they have made me.” — Ralph Waldo Emerson Why is it that some people seem to be able to read a book once and remember every detail of it for life, while others struggle to recall even the title a few days after putting down a book? The answer is simple but not easy. SemEval2014026. MySQL-Python. Www.imore. How do I use the markup editor? 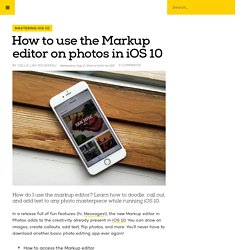 Learn how to doodle, call out, and add text to any photo masterpiece while running iOS 10. In a release full of fun features (hi, Messages!) , the new Markup editor in Photos adds to the creativity already present in iOS 10. You can draw on images, create callouts, add text, flip photos, and more. You'll never have to download another basic photo editing app ever again!

How to access the Markup editor Though you can draw on photos and video inside Messages for spur-of-the-moment fun, you can also access a more thorough Markup editor from the Photos app itself. Launch Photos from your home screen. Language Skills. Pattern. Pattern is a web mining module for the Python programming language. 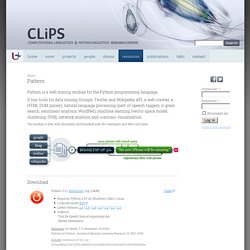 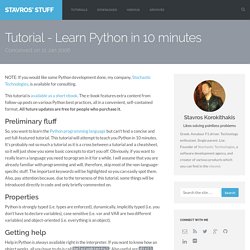 This tutorial is available as a short ebook. The e-book features extra content from follow-up posts on various Python best practices, all in a convenient, self-contained format. All future updates are free for people who purchase it. Preliminary fluff So, you want to learn the Python programming language but can't find a concise and yet full-featured tutorial. Properties. Feedly MakeUseOf. Teach Yourself Anything: 3 Ways To Create Your Own Learning Playlists. Beautiful Soup Documentation — Beautiful Soup v4.0.0 documentation. Beautiful Soup is a Python library for pulling data out of HTML and XML files. 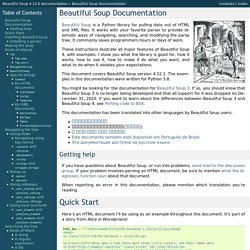