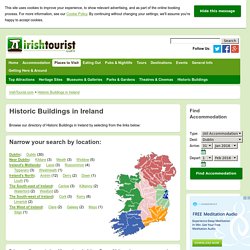 To see all listings, please narrow your search using one of the links above to find what you are looking for. Number Twenty Nine. Facts and figures about Northern Ireland. Northern Ireland lies in the northeast of the island of Ireland, covering 5,459 square miles (14,139 km²), about a sixth of the island's total area. 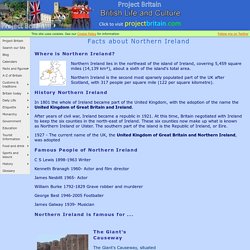 Northern Ireland is the second most sparsely populated part of the UK after Scotland, with 317 people per square mile (122 per square kilometre). In 1801 the whole of Ireland became part of the United Kingdom, with the adoption of the name the United Kingdom of Great Britain and Ireland. After years of civil war, Ireland became a republic in 1921. At this time, Britain negotiated with Ireland to keep the six counties in the north-east of Ireland. These six counties now make up what is known as Northern Ireland or Ulster. 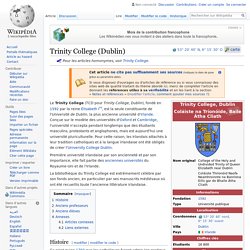 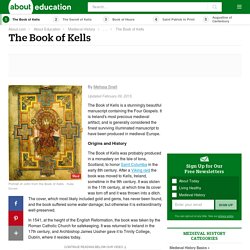 The Book of Kells is a stunningly beautiful manuscript containing the Four Gospels. It is Ireland's most precious medieval artifact, and is generally considered the finest surviving illuminated manuscript to have been produced in medieval Europe. Origins and History. Guinness Storehouse. Arthur Guinness (1724 or 1725-1803) By |Published Date: Christians who Changed their World People today tend to have a negative view of big business. 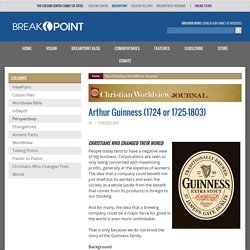 Corporations are seen as only being concerned with maximizing profits, generally at the expense of workers. The idea that a company could benefit not just itself but its workers and even the society as a whole (aside from the benefit that comes from its products) is foreign to our thinking. And for many, the idea that a brewing company could be a major force for good in the world is even more unthinkable. St Stephen's Green Park.

Lord Ardilaun’s Gift to the People Sir Arthur Guinness, later known as Lord Ardilaun, grew up in Iveagh House located on St Stephen’s Green, and came from a family well noted for its generosity to the Dublin public. 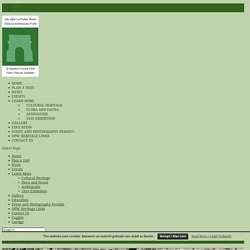 In 1877 Sir Arthur offered to buy the Green from the commission and return it to the public. He paid off the park’s debts and secured an Act which ensured that the park would be managed by the Commissioners of Public Works, now the OPW. Sir Arthur’s next objective was to landscape the park, and provide an oasis of peace and tranquility in the city. 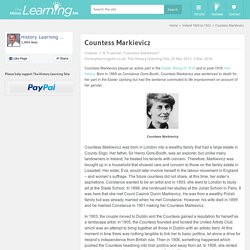 Born in 1868 as Constance Gore-Booth, Countess Markievicz was sentenced to death for her part in the Easter Uprising but had the sentence commuted to life imprisonment on account of her gender. Countess Markievicz. Phoenix Park - About. The Phoenix Park at 707 hectares (1752 acres) is one of the largest enclosed recreational spaces within any European capital city. 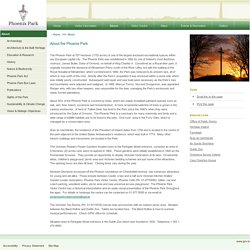 The Phoenix Park was established in 1662 by one of Ireland’s most illustrious viceroys, James Butler, Duke of Ormond, on behalf of King Charles II. Conceived as a Royal deer park, it originally included the demesne of Kilmainham Priory south of the River Liffey, but with the building of the Royal Hospital at Kilmainham, which commenced in 1680, the Park was reduced to its present size, all of which is now north of the river. Shortly after the Park’s acquisition it was enclosed within a stone wall, which was initially poorly constructed. Subsequent wall repair and new build were necessary as the Park’s size and boundaries were adjusted and realigned. In 1668, Marcus Trevor, Viscount Dungannon, was appointed Ranger who, with two other keepers, was responsible for the deer, managing the Park’s enclosures and newly formed plantations. 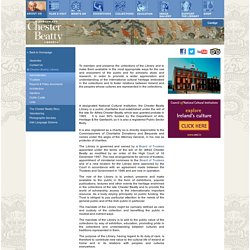 Description and Functions A designated National Cultural Institution, the Chester Beatty Library is a public charitable trust established under the will of the late Sir Alfred Chester Beatty, which was granted probate in 1969. It is over 90% funded by the Department of Arts, Heritage & the Gaeltacht, so it is also a registered Public Sector Body. Alfred Chester Beatty. Un article de Wikipédia, l'encyclopédie libre. 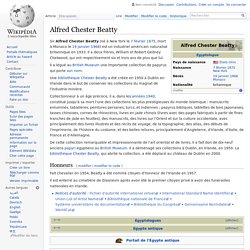 Il est enterré au cimetière de Glasnevin après avoir été le premier citoyen privé à avoir des funérailles nationales en Irlande. About IMMA. Irish Museum of Modern Art Building and grounds How IMMA was established Legal Status/Funding Profile of Director, Sarah Glennie Board Members. Kilmainham%20Gaol%20French. Eamonn de Valera. Eamonn de Valera played a key role in Ireland’s recent history. De Valera was one of the leaders in the failed 1916 Easter Uprising. He was also president of Sinn Fein from 1917 to 1926 and was to become prime minister and president of an independent Ireland. Eamon De Valera. Michael Collins. Michael Collins played a major part in Ireland’s history after 1916. Michael Collins had been involved in theEaster Uprising in 1916, but he played a relatively low key part. It was after the Uprising that Collins made his mark leading to the treaty of 1921 that gave Ireland dominion status within the British Empire.

Michael Collins was born in October 1890 in County Cork. This area was a heartland of the Fenian movement. His father, also called Michael, instilled in his son a love of Irish poetry and ballads. When he was 15, Collins emigrated to London. James Connolly. James Connolly was a leading figure in recent Irish history. James Connolly played a leading part in theEaster Uprising of 1916 and his execution outraged many in Ireland.

Regardless of his law training, Patrick Pearse was more interested in what he was learning about Ireland as a nation. By 1909, Patrick Pearse had developed some political leanings. However, all Patrick Pearse’s protests fell on deaf ears. John Redmond. John Redmond played a pivotal part in Ireland’s recent history. John Redmond led the Home Rule Party that wanted to end Westminster’s dominance in Ireland. John Redmond was born in 1856. He had a Jesuit-based education and became a barrister after studying law at Trinity College, Dublin. He became MP for New Ross in 1880, aged 24. He served here until 1885. Home Rule and Ireland.