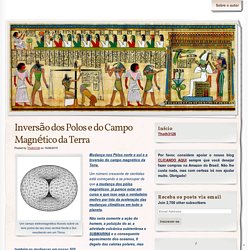 Explicit cookie consent. HOW would you rank “important” languages? 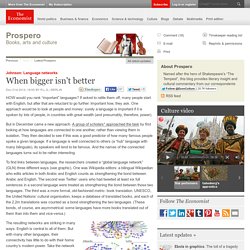 If asked to rattle them off, many people start with English, but after that are reluctant to go further. Important how, they ask. One approach would be to look at people and money: surely a language is important if it is spoken by lots of people, in countries with great wealth (and presumably, therefore, power). But in December came a new approach. A group of scholars* approached the task by first looking at how languages are connected to one another, rather than viewing them in isolation. To find links between languages, the researchers created a “global language network” (GLN) three different ways (see graphic). The resulting networks are striking in many ways. Chinese, too, is peripheral in the authors’ networks. The upshot is clear: big languages are not necessarily global, and vice-versa. But these results must be handled with care, the authors note. Polo Norte muda rápido: dados alarmantes do NOAA. 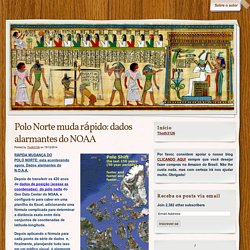 Tradução, edição e imagens: Thoth3126@gmail.com. The Big Wobble Almanac : "Their Sky Has Changed!" Inuit elders sharing information with NASA regarding Earth's "WOBBLE" We are all obsessed with the weather here in the West and rightly so with the unusual weather we have had to endure recently, extreme has become the new norm but what about our brothers and sisters living on the Canadian Arctic circle? 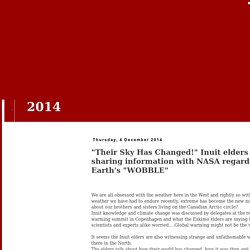 Inuit knowledge and climate change was discussed by delegates at the recent global warming summit in Copenhagen and what the Eskimo elders are saying have NASA, scientists and experts alike worried....Global warming might not be the whole story! It seems the Inuit elders are also witnessing strange and unfathomable weather up there in the North. The elders talk about how their world has changed, how it was then and how it is now. It is a worrying picture, a picture of melting glaciers and thinning or disappearing sea ice. Inversão dos Polos e do Campo Magnético da Terra. The Reversing of Earth's Magnetic Poles - Part 1 of 4. The Pole Shift and Earth Crust Displacement Theory. Crustal Displacement - Hapgood. Theory of Crustal Displacement The theory of Crustal Displacement is pseudoscience and states that the entire crust of the Earth can shift in one piece like the lose skin on an orange. 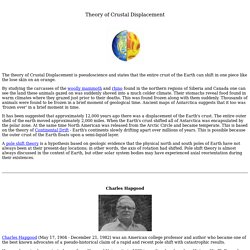 By studying the carcasses of the woolly mammoth and rhino found in the northern regions of Siberia and Canada one can see the land these animals gazed on was suddenly shoved into a much colder climate. Their stomachs reveal food found in warm climates where they grazed just prior to their deaths. This was found frozen along with them suddenly. Graham Hancock ~ Ice Age Theory ~ Einstein ~ Hapgood. Charles Hapgood. Research: Charles Hapgood. In 1958 Charles Hapgood suggested that the Earth's crust had undergone repeated displacements and that the geological concepts of continental drift and sea-floor spreading owed their secondary livelihoods to the primary nature of crustal shift. 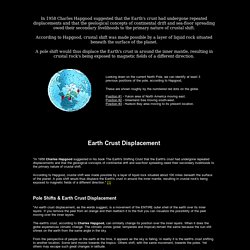 According to Hapgood, crustal shift was made possible by a layer of liquid rock situated beneath the surface of the planet. A pole shift would thus displace the Earth's crust in around the inner mantle, resulting in crustal rock's being exposed to magnetic fields of a different direction. Earth Crust Displacement "In 1958 Charles Hapgood suggested in his book The Earth's Shifting Crust that the Earth's crust had undergone repeated displacements and that the geological concepts of continental drift and sea-floor spreading owed their secondary livelihoods to the primary nature of crustal shift.

According to Hapgood, crustal shift was made possible by a layer of liquid rock situated about 100 miles beneath the surface of the planet. Earth’s magnetic field could flip within a human lifetime. Imagine the world waking up one morning to discover that all compasses pointed south instead of north. 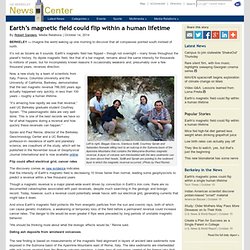 It’s not as bizarre as it sounds. Earth’s magnetic field has flipped – though not overnight – many times throughout the planet’s history. Its dipole magnetic field, like that of a bar magnet, remains about the same intensity for thousands to millions of years, but for incompletely known reasons it occasionally weakens and, presumably over a few thousand years, reverses direction. Now, a new study by a team of scientists from Italy, France, Columbia University and the University of California, Berkeley, demonstrates that the last magnetic reversal 786,000 years ago actually happened very quickly, in less than 100 years – roughly a human lifetime. 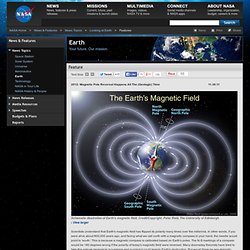 Credit/Copyright: Peter Reid, The University of Edinburgh› View larger Scientists understand that Earth's magnetic field has flipped its polarity many times over the millennia. In other words, if you were alive about 800,000 years ago, and facing what we call north with a magnetic compass in your hand, the needle would point to 'south.' This is because a magnetic compass is calibrated based on Earth's poles. Reversals are the rule, not the exception. Sediment cores taken from deep ocean floors can tell scientists about magnetic polarity shifts, providing a direct link between magnetic field activity and the fossil record.