VIDEO: Impact of Word Choice on Meaning and Tone. Show students and example of imagery with this informative rap. Interactive Word Matrix: Students consider connotation and denotation of author's word choice. Use Scrible to highlight and annotate texts - Find meaning by investigating imagery and word choice.

Native American Legends: Show Students How Symbolism and Word Choice Create Theme. Myths in words and pictures: Understanding the importance of symbols. Achelous was the god of the most powerfully flowing river in Greece, and so was the chief of all the river gods. 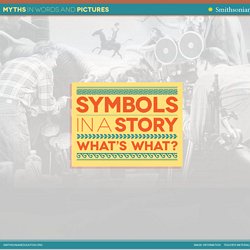 The land along the river was ruled by the king of the nearby city of Calydon. The king had a beautiful daughter named Dejanira. When it came time for Dejanira to marry, her father announced a contest: the strongest of her suitors would win her hand. Achelous, the river god, was by far the strongest in the region. But Dejanira’s beauty was known everywhere, so it wasn’t long before Hercules came to Calydon to try his luck. Hercules was the strongest mortal in the world, but Achelous, being a god, had some advantages over him.

When Hercules came to town, all other suitors withdrew. “Here is Hercules,” Achelous said to the king. Hercules, in contrast, was a man of very few words. The god saw he could not beat Hercules in a regulation wrestling match. “A snake!” What might have seemed a wild boast was entirely true, and Achelous knew it. Create a storyboard illustrating the important passages that create meaning. Copy This Code Snippet <a href=" src=" /></a><br><a href=" a Copy</a> | <a href=" Larger</a> Want the raw links? 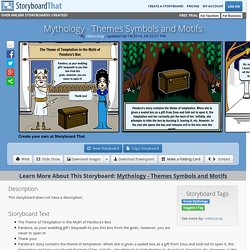 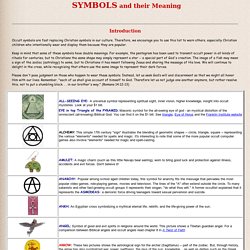 Therefore, we encourage you to use this list to warn others, especially Christian children who intentionally wear and display them because they are popular. Keep in mind that some of these symbols have double meanings. For example, the pentagram has been used to transmit occult power in all kinds of rituals for centuries, but to Christians the same shape may simply represent a star -- a special part of God's creation. The image of a fish may mean a sign of the zodiac (astrology) to some, but to Christians it has meant following Jesus and sharing the message of His love. As our nation slides back toward paganism, God’s people need to understand the increasing influence, trickery, and cruelty of the evil one – while always thanking and following our God, whose power is far greater. Learn more about symbols at: Halloween Symbols | Teletubby Symbols | Comments on symbols. Students will track meaningful imagery throughout the fairytale, myth, or legend.

Explore the imagery produced by classic fairytales - What does the artist see? Have students illustrate and discuss a scene that has meaningful imagery. Inspiration Once upon a time, when you were a young child, you must have read a few popular fairy tales before. 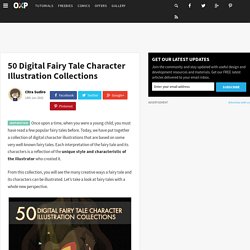 Let’s take a look at fairy tales with a whole new perspective. Painstakingly hand-picked and sorted, here are some fantastic modern fairy tale character illustrations that are sure to boost your creativity. Little Red Riding Hood Once grandmother gave her a little riding hood of red velvet, which suited her so well that she would never wear anything else; so she was always called Little Red Riding Hood. Bobby Chiu Nicolas Gouny Skolzki Violeta Dabija 2DCale The Pied Piper of Hamelin Laura Palmer Otagoth. Compare Grimms With Modern Versions: How does the darker imagery and word choice affect meaning? Students will create acrostic poems "FAIRYTALE" using imagery and strong word choice.