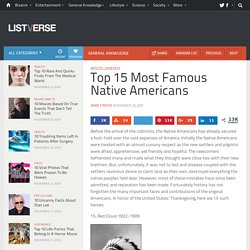 Initially the Native Americans were treated with an almost cursory respect as the new settlers and pilgrims were afraid, apprehensive, yet friendly and hopeful. The newcomers befriended many and made what they thought were close ties with their new brethren. But, unfortunately, it was not to last and disease coupled with the settlers ravenous desire to claim land as their own, destroyed everything the native peoples held dear. However, most of these mistakes have since been admitted, and reparation has been made. Native American music and culture. Music plays an integral role in the daily life of Native Americans. 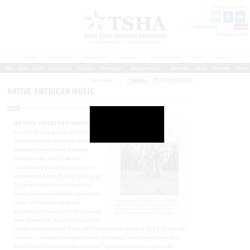