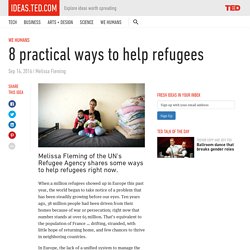 When a million refugees showed up in Europe this past year, the world began to take notice of a problem that has been steadily growing before our eyes. Ten years ago, 38 million people had been driven from their homes because of war or persecution; right now that number stands at over 65 million. That’s equivalent to the population of France … drifting, stranded, with little hope of returning home, and few chances to thrive in neighboring countries. In Europe, the lack of a unified system to manage the influx of refugees and migrants is exacerbating the problem. People are either welcomed or shunned. On the streets of European cities, I have seen both remarkable generosity and irrational fear. Return to Zaatari: A lost generation of Syrians in the making​

The first time I met Halim Mahameed, he told me of how he’d been tortured for two straight days by Syrian security forces. 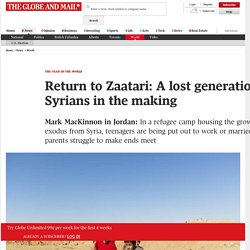 Almost robotically, the then-14-year-old recounted how he’d been tied up by Bashar al-Assad’s men the previous year and whipped with electric cables because he’d been seen helping to carry the wounded away from an anti-regime demonstration in the early days of Syria’s conflict. Things should have gotten better for Halim after we met in the fall of 2013. He was then in a Unicef-run school in Jordan’s sprawling Zaatari refugee camp. And while some were already warning of a traumatized “Zaatari generation” growing up angry among the four million Syrian refugees scattered around the Middle East, the case workers who introduced me to Halim said he was a success story in terms of how well he was mentally processing the ordeal he’d been through in Syria.

Inside Zaatari: Syrian refugees turn desert into one of the world's largest refugee camps. Updated In the dusty desert of northern Jordan a city has emerged out of the sand. 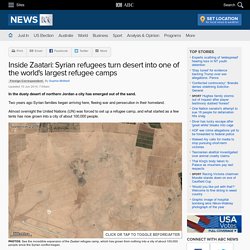 Two years ago Syrian families began arriving here, fleeing war and persecution in their homeland. Almost overnight the United Nations (UN) was forced to set up a refugee camp, and what started as a few tents has now grown into a city of about 100,000 people. Click or tap to toggle before/after Photos: See the incredible expansion of the Zaatari refugee camp, which has grown from nothing into a city of about 100,000 people since the Syrian conflict began. Twelve-year-old Dina Hariri was among the first to arrive at the camp with her parents and three siblings. "Before we left we said we will stay 10 days, or 15, maybe one month at the most. Her family left Syria after Dina's father Abu Diaa and her older brother were among the many imprisoned and tortured by the government of Bashar al-Assad. 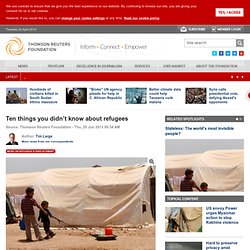 REUTERS/Hamid Khatib Today is World Refugee Day - and the latest statistics from the U.N. refugee agency (UNHCR) show world refugee numbers are higher than at any time since 1994. As U.N. refugee chief Antonio Gutteres put it at a recent news conference: “Each time you blink, another person is forced to flee.” UNHCR’s annual report shows that some 45.2 million people were uprooted by violence, persecution or rights abuses as of the end of last year, but the numbers also challenge some common misconceptions about refugees and displacement.

Sugata Mitra: Build a School in the Cloud. Particle Smash – Museum Of Applied Arts And Sciences. 60.000 school children from Syria and Jordan can go to school in Jordan with the help of Germany, says Minister Mueller. Four years in, my trip to Zaatari. By Farah Dakhlallah UNICEF/MENA/Dakhlallah Children playing at Zaatari camp. 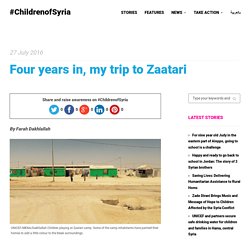 Some of the camp inhabitants have painted their homes to add a little colour to the bleak surroundings. I feel that I have been here before. It is intensely familiar: the long drive along deserted highways under a baking sun, whizzing past a lone shepherd herding a flock of sheep, then a desolate petrol station. Past the checkpoint, we approach some dusty streets lined with pre-fab houses. Cardboard – Google. Clouds Over Sidra. What Refugees Bring When They Run for Their Lives. The following has been republished with kind permission from the International Rescue Committee. 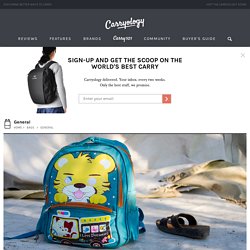