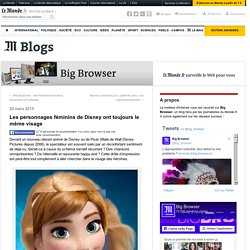 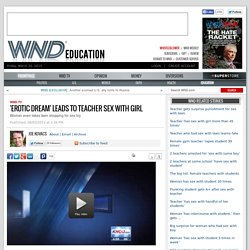 Kelly Ann Garcia, 29, of Hastings High School is charged with indecency with a child and sexual assault of a child, after the pair allegedly engaged in having sex numerous times. According to KHOU-TV, the female victim was not even a student of Garcia, but met the instructor through a mutual friend. The girl said Garcia would stay with her after school numerous times while she was working on a classroom project. Court documents indicate the pair’s relationship crossed the line during this year’s spring break. 2 teachers arrested for ‘sex with same boy’ Text smaller Text bigger Two Louisiana teachers have been arrested after a student reportedly boasted of having sex with them.

According to the St. Big surprise for woman who had sex with boy. Text smaller Text bigger Rachelle Heenan They had sex during school events, in assorted hotels and even in the woman’s car.

Now, the male student is suing his former teacher and the Texas school district for alleged emotional and physical damage. The student, using the pseudonym Mark Smith to protect his identity, is accusing Rachelle Heenan of taking advantage of his immature and underdeveloped mental state of mind when she repeatedly engaged the boy in sexual encounters. Teacher ‘has sex with girl more than 45 times’ Text smaller Text bigger Jake Robinson An Indiana gym teacher is under investigation for allegedly having sex more than 45 times with a 16-year-old female student. 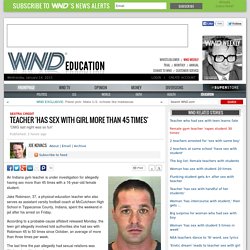 Jake Robinson, 37, a physical-education teacher who also serves as assistant varsity football coach at McCutcheon High School in Tippecanoe County, Indiana, spent the weekend in jail after his arrest on Friday. According to a probable-cause affidavit released Monday, the teen girl allegedly involved told authorities she had sex with Robinson 45 to 50 times since October, an average of more than three times per week. The last time the pair allegedly had sexual relations was Wednesday of last week. Read the WND story that started it all! The girl told police each sexual encounter took place inside the home where Robinson lives with his parents. Authorities say they found numerous text messages on the phone of the 16-year-old girl, though legal documents don’t specify who discovered the messages.

“Yes. Teacher who had sex with teen learns fate. Text smaller Text bigger A former honors English teacher in South Carolina is getting no jail time in connection with charges she had sex with two 17-year-old students. 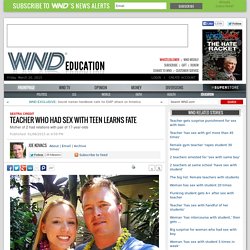 Kinsley Wentzky, 36, of Forest Acres, South Carolina, has been sentenced to three years probation after admitting to having an “intimate” relationship with one of the teens in May 2012. Kinsley Wentzky The teacher at Dreher High School had pleaded guilty last October to two counts of sexual battery with a student 16 to 17 years of age, no aggravated force or coercion. Read the WND story that started it all: The big list: Female teachers with students The judge in the case actually gave Wentzky a suspended sentence of five years in prison, meaning she’ll serve no prison time, just the three years of probation that are scheduled to end Oct. 27, 2017. 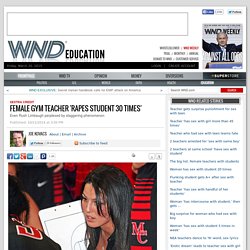 (courtesy Staten Island Advance) The latest case of a female teacher allegedly having sex with one of her students involves a gym teacher charged with 30 counts of statutory rape of a teen boy, catching the attention of radio giant Rush Limbaugh. The big list: Female teachers with students. Text smaller Text bigger Here is a list of the teacher ‘sexpidemic’ cases WND has documented where female teachers have been accused, or convicted, of assaulting students: Abbie Jane Swogger, 34: Teacher’s aide at Highlands Senior High School in Harrison, Pa., was arrested Feb. 22, 2008, for renting a hotel room where police found beer, marijuana, an open condom wrapper and at least four teenage girls and boys, including several of her 15-year-old son’s friends. 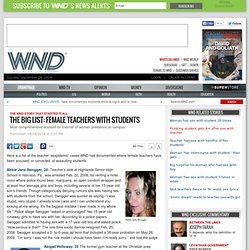 Though categorically denying rumors she was having sex with students from the school, Swogger was quoted as saying, “I was stupid, very stupid. I already know I was and I can understand you looking at me wrong. It’s the biggest mistake I ever made in my whole life.” Teacher gets prison for sex with student. Pontiac — An Oakland County judge came down hard Tuesday on a 30-year-old former high school teacher who pleaded guilty to having sex with a 15-year-old student. 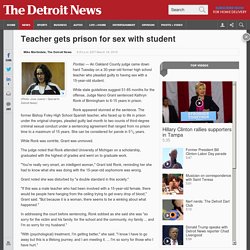 While state guidelines suggest 51-85 months for the offense, Judge Nanci Grant sentenced Kathryn Ronk of Birmingham to 6-15 years in prison. Ronk appeared stunned at the sentence. The former Bishop Foley High School Spanish teacher, who faced up to life in prison under the original charges, pleaded guilty last month to two counts of third-degree criminal sexual conduct under a sentencing agreement that ranged from no prison time to a maximum of 15 years. She can be considered for parole in 51/2 years. While Ronk was contrite, Grant was unmoved. The judge noted that Ronk attended University of Michigan on a scholarship, graduated with the highest of grades and went on to graduate work. Teacher gets surprise punishment for sex with teen. Text smaller Text bigger Kathryn Ronk weeps in court. 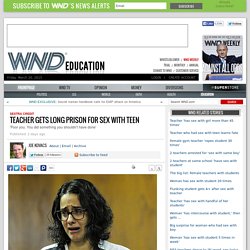 And not just any Nobel Prize either. The one to be sold on Thursday is the 1962 prize awarded to James Watson for the discovery of the structure of DNA, the basis of the subsequent genetic revolution. However, while the significance of the achievement is not in doubt, for some buyers the context in which the sale is being made may taint its value. Nobel medals have fetched a hefty price before, even if they're hard to take through airport security. So far, all previous cases of a Nobel medal being sold were by inheritors after the recipient had died. Watson has expressed an intention to donate some of the money raised to “institutions that looked after me,” such as the University of Chicago and Clare College, Cambridge. Watson indicated another motivation for the sale is to make up for lost income after comments he made in 2007. Watson blames his unpopularity in certain circles on being “outed as believing in IQ.”

Elle démissionne pour avoir critiqué le manque de "classe" des filles d'Obama. Insolite. John and Lorena Bobbitt. John Wayne Bobbitt (born March 23, 1967 in Buffalo, New York) and Lorena Bobbitt (née Gallo, born October 31, 1970 in Quito, Ecuador) were an American couple, married on June 18, 1989, whose abusive relationship gained worldwide notoriety for an incident in 1993 when she severed his penis with a knife. It was subsequently surgically reattached. Incident[edit] During the middle of the night of June 23, 1993, John arrived at their apartment.