How to Manage Comments on Facebook Ads using Unpublished/Dark Posts. Dark (or unpublished) posts are incredibly popular at the moment – championed by large enterprises and small businesses alike – and it’s not hard to see why. 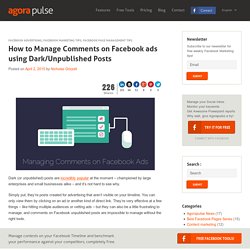 Simply put, they’re posts created for advertising that aren’t visible on your timeline. You can only view them by clicking on an ad or another kind of direct link. They’re very effective at a few things – like hitting multiple audiences or vetting ads – but they can also be a little frustrating to manage, and comments on Facebook unpublished posts are impossible to manage without the right tools. The Problem with Dark Posts. Stock Photos Killed the Social Media Star. The year is 2015. 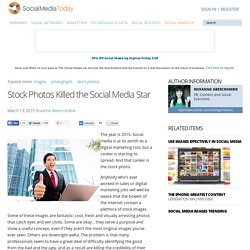 Social media is at its zenith as a digital marketing tool, but a canker is starting to spread. And that canker is the stock photo. Anybody who’s ever worked in sales or digital marketing jobs will well be aware that the bowels of the internet contain a plethora of stock images. Some of these images are fantastic: cool, fresh and visually arresting photos that catch eyes and win clicks. Some are okay…they serve a purpose and show a useful concept, even if they aren’t the most original images you’ve ever seen.

Prepare to have your eyes hurt if you continue reading… A picture speaks a thousand words. So You Want To Write A Digital Strategy? Advertisement “Can you put together a digital strategy for us to review?” 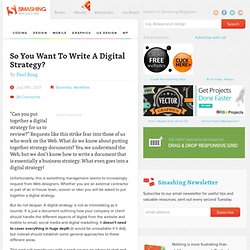 How can I improve Twitter search streams? : Hootsuite Help Desk. Could Snapchat Be Coming to a Classroom Near You? Where Will Social Media Users Go In 2016? (Infographic) A new infographic produced by AdWeek draws off exclusive eMarketer data to break down 2015/2016 social network demographics. 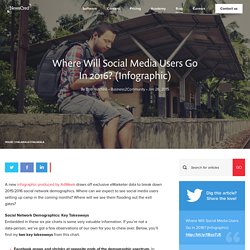 Where can we expect to see social media users setting up camp in the coming months? Where will we see them flooding out the exit gates? 25 Pinterest Stats, Facts and PR Best Practices. Sites like YouTube, Instagram and Facebook have demonstrated the power for visual media to influence publics online. 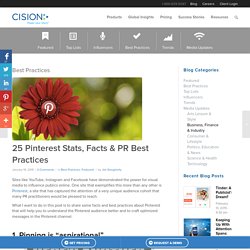 One site that exemplifies this more than any other is Pinterest, a site that has captured the attention of a very unique audience cohort that many PR practitioners would be pleased to reach. What I want to do in this post is to share some facts and best practices about Pinterest that will help you to understand the Pinterest audience better and to craft optimized messages in the Pinterest channel. 1. 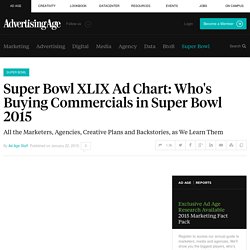 Among returning advertisers, Coca-Cola and GoDaddy are each running one commercial instead of the two they bought in 2014. Automakers, too, aren't crowding the field as much as they have lately, without as many new models that the game is well-timed to promote. But there will be about 15 new advertisers in the 2015 game, especially in digital commerce and technology, said Seth Winter, exec VP-sales and sales marketing, NBC Sports Group and NBC Universal News Group.

Bookmark this page and check back often. Buy: One 30-second spot near the end of the first quarter. Super Bowl Advertisers Turn to NBC to Debut Commercials. The pre-game push from Super Bowl advertisers is entering full force with the online release of Super Bowl ads from marketers including Lexus and Toyota. 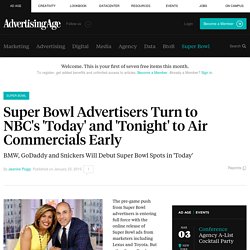 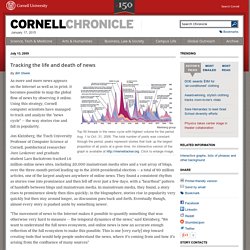 The total number of posts was constant through the period; peaks represent stories that took up the largest proportion of all posts at a given time. An interactive version of the graph is available at Click to enlarge image. As more and more news appears on the Internet as well as in print, it becomes possible to map the global flow of news by observing it online. Using this strategy, Cornell computer scientists have managed to track and analyze the "news cycle" -- the way stories rise and fall in popularity. Public Relations and Integrated Marketing Communications. FleishmanHillard combines strategic counsel with constant innovation. 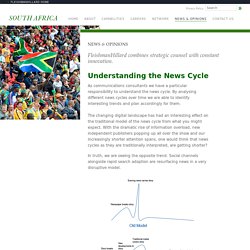 As communications consultants we have a particular responsibility to understand the news cycle. By analysing different news cycles over time we are able to identify interesting trends and plan accordingly for them. The changing digital landscape has had an interesting effect on the traditional model of the news cycle from what you might expect. The Evolution of SEO [Infographic] Digital Convergence: Integrated Marketing & Public Relations. Why PR majors no longer need advanced writing courses. The PR function has clearly evolved into a management discipline, as opposed to simply a communications function. 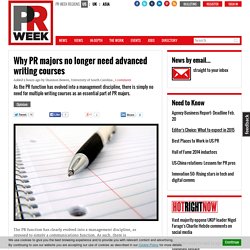 As such, there is simply no need for multiple writing courses as an essential part of PR majors. Inasmuch as the accreditation requirement most PR programs are under limit the number of credit hours students can take in the major, some hard choices must be made in streamlining the curriculum. Most programs have at least two required writing courses, a journalism-writing course and a PR-writing course. Many schools also offer a third – an advanced writing course. However, after years of hearing employers describe what they want in a PR graduate, I must take a stand. The credit hours freed by not have an additional two writing courses could be used toward topics more relevant in modern PR: management, leadership, social media strategy, ethics, change management, issues management, internal relations, investor relations, integrated marketing, and so on.

Newcastle 'Crowdsources' a Local Super Bowl Ad. Newcastle Brown Ale, which last year pretended to create a Super Bowl TV, might actually do one this year -- albeit it on a regional, not national, level. The Heineken USA-owned brand today announced a new campaign called "Band of Brands" that is aimed at producing the "first-ever crowdfunded Big Game ad" by teaming with other brands. "In exchange for a small contribution, any brand can join Newcastle's team and have its logo and messaging featured in an actual Big Game spot," the brand said in a statement.

The effort, by Droga5, is the latest play by Newcastle to mock conventional advertising techniques with snarky videos that often star celebrities.