All archaelogical information that could be useful to interprete archaeological site of Labrador.

James Cotter Collection: Historical Photos: Understanding the Past to Build the Future. NFLD History Labrador. Labrador Labrador is often overlooked when the history of Newfoundland is considered, even though Labrador has a significant native history and was also part of the experience of the Norse, later the Basques, and more recently the British migratory and Newfoundland residential fishermen. 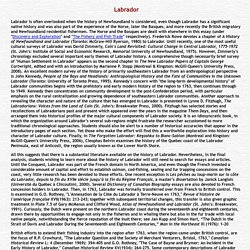 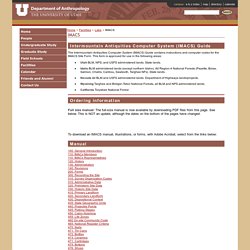 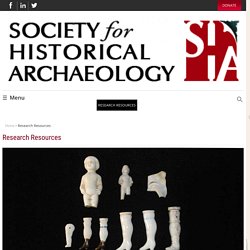 We created these pages to highlight resources whose content are SHA-approved, but are not necessarily created and copy edited to conform with SHA style and format. Looking for archaeological services and supplies? Browse the SHA Marketplace. Jefferson Patterson Park & Museum Research Tools Jefferson Patterson Park & Museum has developed web pages designed to make archaeological data easily available to researchers and the public.

Diagnostic Artifacts in Maryland. Dating Page. HOME: Bottle Dating This page and associated sub-pages allows a user to run an American produced utilitarian bottle or a significantly sized bottle fragment through a series of questions based primarily on diagnostic physical, manufacturing related characteristics or features to determine the approximate manufacturing age range of the item. 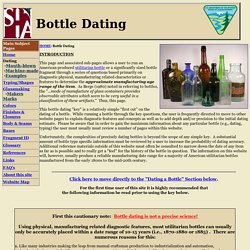 As Berge (1980) noted in referring to bottles, the "...mode of manufacture of glass containers provides observable attributes which seem to be very useful in a classification of these artifacts. " Thus, this page. This bottle dating "key" is a relatively simple "first cut" on the dating of a bottle. FLMNH - Historical Archaeology - FLMNH - Historical Archaeology - Introduction to Ceramics.

Very good, if you want a confirm a type, there is a lot of example. But the name can be different! – laurencepouliot

The History of Window Glass Manufacture. The first window glass manufactured in Britain, in Roman times, was broadsheet glass in which an elongated balloon of glass was blown, the ends cut off and the resulting cylinder was split and flattened on an iron plate. 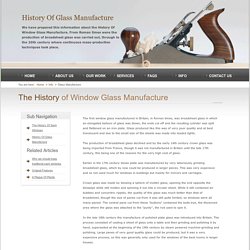 Glass produced like this was of very poor quality and at best translucent and due to the small size of the sheets was made into leaded lights. The production of broadsheet glass declined and by the early 14th century crown glass was being imported from France, though it was not manufactured in Britain until the late 17th century, this being one of the reasons for the very high cost of glass. Earlier in the 17th century blown plate was manufactured by very laboriously grinding broadsheet glass, which by now could be produced in larger pieces. 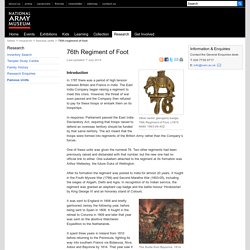 The East India Company began raising a regiment to meet this crisis. However, the threat of war soon passed and the Company then refused to pay for these troops or embark them on its troopships. In response, Parliament passed the East India Declaratory Act, requiring that troops raised to defend an overseas territory should be funded by that same territory. 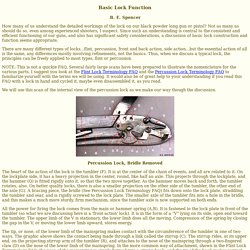 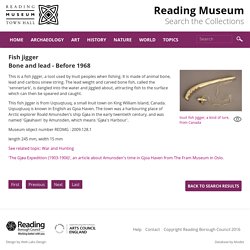 It is made of animal bone, lead and caribou sinew string. The lead weight and carved bone fish, called the 'sennertark', is dangled into the water and jiggled about, attracting fish to the surface which can then be speared and caught. This fish jigger is from Uqsuqtuuq, a small Inuit town on King William Island, Canada. Uqsuqtuuq is known in English as Gjoa Haven. Arctic Studies Center - The National Museum of Natural History - Smithsonian Institution. The Arctic Studies Center invites you to explore the history of northern peoples, cultures, and environments and the issues that matter to northern residents today. 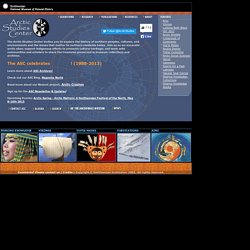 Join us as we excavate arctic sites; support indigenous efforts to preserve cultural heritage; and work with communities and scholars to share the treasures preserved in museum collections and archives. The ASC celebrates ! (1988-2013) Learn more about ASC Archives! Check out our ASC Blog, Magnetic North.