Sixteen Maneuvers to Avoid Really Dealing with Racism. I found this list in an old e-mail, and thought it might come in handy for recognizing some common tactics of resistance against discussions of racism, against acknowledging that racism exists as a systemic injustice that we’re all complicit in to some degree, against owning up to anything. 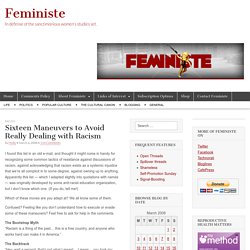 Apparently this list — which I adapted slightly into quotations with names — was originally developed by some anti-racist education organization, but I don’t know which one. (If you do, tell me!) Which of these moves are you adept at? We all know some of them. Confused? The Bootstrap Myth “Racism is a thing of the past… this is a free country, and anyone who works hard can make it in America.” The Backtrack “Hey, wait a second, that’s not what I meant… I mean… you took my words out of context, don’t make it try to sound like I’m racist!” Turning the Tables “You’re being just as racist against white people, you realize. 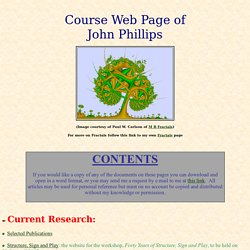 Carlson of M B Fractals) For more on Fractals follow this link to my own Fractals page If you would like a copy of any of the documents on these pages you can download and open in a word format, or you may send me a request by e mail to me at this link. Current Research: Selected Publications Structure, Sign and Play: the website for the workshop, Forty Years of Structure, Sign and Play, to be held on 23-24 April 2007. Lemmata: An Electronic Journal on Frameworks, Disciplines and Institutions. And How It Can Renew America (9780374166854): Thomas L. Friedman: Books. Contraception past and future. Throughout history, mankind has tried to limit family size. 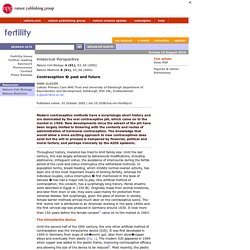 Until the last century, this was largely achieved by behavioural modifications, including abstinence, infrequent coitus, the avoidance of intercourse during the fertile period of the cycle and coitus interruptus (the withdrawal method). In population terms, breast-feeding, which inhibits normal ovarian activity, has been one of the most important means of limiting fertility, whereas for individual couples, coitus interruptus first mentioned in the book of Genesis has had a major role to play. One artificial method of contraception, the condom, has a surprisingly long history. Penile sheaths were described in Egypt in 1350 BC. Originally made from animal intestines, and later from linen or silk, they were used mainly for protection from venereal disease.

2014: The Death of the Postmodern Novel and the Rise of Autofiction. The postmodern novel is dead. 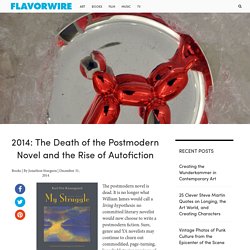 It is no longer what William James would call a living hypothesis: no committed literary novelist would now choose to write a postmodern fiction. Sure, genre and YA novelists may continue to churn out commodified, page-turning, loosely Victorian versions of the postmodern novel, but the robust fictional project of Pynchon, DeLillo, Coover, and even David Foster Wallace no longer holds sway over literary writing. In 2014, instead, many of the best novels were autofictions that vigorously reasserted the self. By this I mean that the self is no longer drowned in a system of disinformation, paranoia, and entropy, in the vein of Pynchon and DeLillo. Should professors try to be friends with their students? Photo by Fuse/Thinkstock This post originally appeared in Inside Higher Ed. 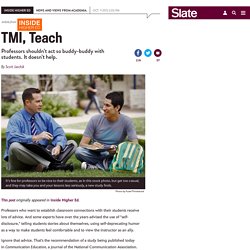 Professors who want to establish classroom connections with their students receive lots of advice. And some experts have over the years advised the use of "self-disclosure," telling students stories about themselves, using self-deprecating humor as a way to make students feel comfortable and to view the instructor as an ally. Ignore that advice. Pentecostalism's Neglected Black History. In her groundbreaking new book, Black Fire, theologian Estrelda Y. 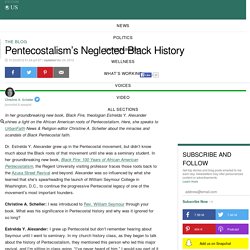