How to Prepare Vegetables That You'd Actually Want to Eat. The 3-Step Technique to Roasting Frozen Vegetables — Tips from The Kitchn. (Image credit: Faith Durand) Here at The Kitchn, we're big proponents of frozen vegetables. 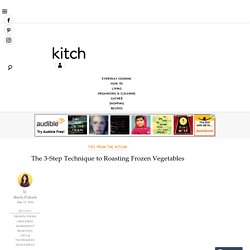 While we do try to reach for fresh vegetables when we can, there's no denying the convenience and affordability of frozen, which is why we always have a few bags stashed in the freezer. Growing up, the frozen vegetables I ate had been cooked in the microwave until mushy and limp, which is a shame because now I'm of the opinion that the best way to enjoy them is actually by roasting. As it turns out, frozen vegetables also have the ability to cook up just as nice and crispy as fresh do in the oven. The secret is an easy, three-step method that ensures roasted perfection every time. 1.

You want your baking sheet nice and hot before those frozen vegetables get tossed onto it. 2. Yes, You Can Roast Frozen Vegetables. Yes, They're Delish. Good commercially frozen, organic if possible, frozen vegetables have a lot going for them. 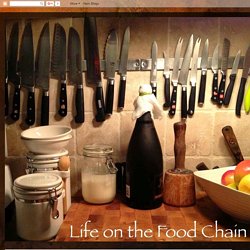 They're as nutritious as fresh, if not more so since they're frozen quickly after picking, they're convenient, and quite often they're significantly less expensive than fresh, especially in the winter when the vegetables often look carsick from their long trip from the farm. At this time of year, there still isn't too much local in the farm markets, and even though it is certainly spring, there isn't local abundance yet. Plus, if you are a vegetable eater in a household of picky eaters, sometimes a frozen veg is only way to get any variety on the table without having to toss a lot of uneaten fresh food. Makes eating well way easier. Personally, I happen to like Brussels sprouts and asparagus year-round, even though they both have definite seasons.

How to Prepare Frozen Vegetables. 5 Ways To Make Frozen Vegetables Suck a Little Less. Although spring is upon us and we should be taking full advantage of farmers' markets and fresh grocery store offerings, sometimes the frozen veggies still come in handy for last-minute dinner convenience. back is what's for dinner. 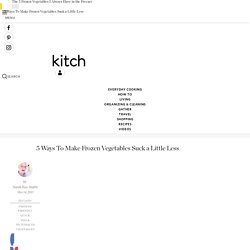 In an effort to make them taste, less, well, frozen, here are five ways to help get the most flavor from our freezer friends! The first thing to remember is that frozen vegetables actually can be quite good (and good for you). Usually vegetables are flash-frozen soon after picking and retain plenty of nutrients and flavor. There's a difference in texture, of course, from freezing, but sometimes this actually works to your advantage. Take a look at my tips and share your own! 1. 2. Salt + Pepper + Butter = Nothing in that list is rocket science by any means, it's as basic as basic gets, but sometimes getting the most flavor from something means keeping it simple. 3.

A Chicken in Every (Crock) Pot. The phrase "a chicken in every pot" has been repeated throughout history, beginning with King Henry IV in France. 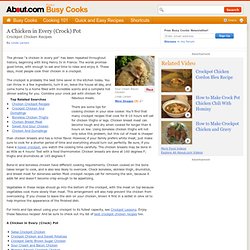 The words promise good times, with enough to eat and time to relax and enjoy it. These days, most people cook their chicken in a crockpot. The crockpot is probably the best time saver in the kitchen today. You can throw in a few ingredients, turn it on, leave the house all day, and come home to a home filled with incredible scents and a complete hot dinner waiting for you.

Combine your crock pot with chicken for fabulous meals. There are some tips for cooking chicken in your slow cooker. Bone-in and boneless chicken have different cooking requirements. Alcohol Cooking Substitutions - Alcohol Substitute Recipes. Quick Tip: Freeze Leftover Cooked Chicken. These Three Kitchen Shortcuts Will Change the Way You Cook. Healthy eating starts at home, but most people don’t have the ability or energy to spend hours in the kitchen every day. 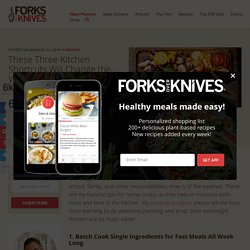 Between work, school, family, and other responsibilities, time is of the essence. These are my favorite tips for home cooks, as they help to minimize both mess and time in the kitchen. My cooking students always tell me how, since learning to do weekend planning and prep, their weeknight dinners are so much easier. 1. Batch Cook Single Ingredients for Fast Meals All Week Long My most important kitchen shortcut is batch cooking on the weekend, which sets you up for success during the week. For example, make a huge pot of beans on Sunday. Beans and riceSoup with beansSalad with beansBean spread/dip You can do the same thing by whipping up a triple batch of grains, such as brown rice or quinoa, over the weekend. Top 10 Crazy Kitchen Tricks That Speed Up Your Cooking.

I would like to add that the wider the ring, the easier it seems to be. 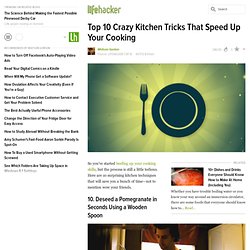 I had a titanium ring more than twice the width of the one shown in the video and it was easy as hell. My wedding ring (which is about the same size as the one in your linked video) still works, but takes more effort and can hurt if I don't leverage it JUST right. I would also like to echo the sentiments of not using your wedding ring (At least in view of your significant other). The one time I got caught doing it, my wife was PISSED. Yea, definitely the wider the ring the better. I usually just use another bottle of unopened beer.

Meal Prep LIKE A BOSS with These Tips and Recipes - Organize Yourself Skinny. Refrigerator Freezer, Organize Fridge and Refrigerators.