Tracking Tilikum: New Research Sheds Light On Whale's Life In Iceland. On March 08, SeaWorld announced that their prime bull orca Tilikum, the star of the documentary ‘Blackfish’, was very ill with a bacterial lung infection and might die. 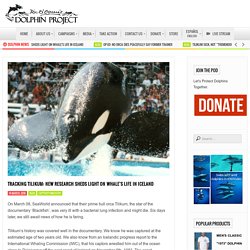 Six days later, we still await news of how he is faring. Tilikum’s history was covered well in the documentary. We know he was captured at the estimated age of two years old. We also know from an Icelandic progress report to the International Whaling Commission (IWC), that his captors wrestled him out of the ocean close to Djúpivogur off the east coast of Iceland on November 9th, 1983. The exact coordinates and his length (4.2 meters) can be viewed at Ceta-base.org. Prior to being sent to North America, Tilikum was held at Hafnarfjördur Aquarium for almost a year before his transfer to Sealand of the Pacific in late 1984. 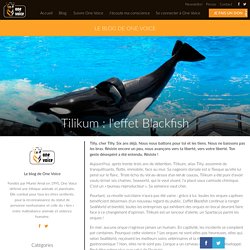 Signez et diffusez notre pétition pour la fermeture des delphinariums ! The Tilikum Effect and the Downfall of SeaWorld. It has been five years since Tilikum attacked and killed his Sea World trainer, and the repercussions are still ongoing. 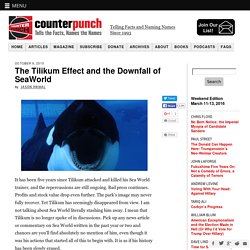 Bad press continues. Profits and stock value drop even further. The park’s image may never fully recover. Yet Tilikum has seemingly disappeared from view. I am not talking about Sea World literally stashing him away. SeaWorld’s Most Famous Whale Is Dying. SeaWorld's most famous orca Tilikum is ailing, the marine park said on Tuesday. 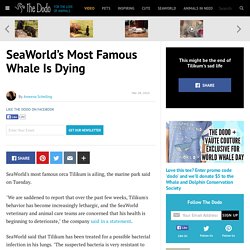 "We are saddened to report that over the past few weeks, Tilikum's behavior has become increasingly lethargic, and the SeaWorld veterinary and animal care teams are concerned that his health is beginning to deteriorate," the company said in a statement. SeaWorld said that Tilikum has been treated for a possible bacterial infection in his lungs. "The suspected bacteria is very resistant to treatment and a cure for his illness has not been found," SeaWorld said.

YouTube/SeaWorld® Parks & Entertainment. Confessions of a Killer Whale trainer by Steve Huxter - Voice of the Orcas. This creature had just been trapped and hung in a sling, slathered with goo, trucked, flown, trucked again, then lifted into the air and lowered into a tiny pool of water with concerned humans milling about and shouting to each other; yet… despite all this… he looked up at me and, seemingly, trusted. 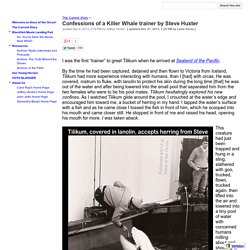 I was expecting distrust and hesitancy. It must have been an incredibly frightening journey, obviously perpetrated by people; yet he still trusted me. I couldn't say the same if our positions were reversed. It was a bonding experience and sparked in me a pilot light of empathy. From that moment and ever after, as much as I enjoyed Haida and Nootka; I always felt the most affection for Tilikum.

Over the eight years I spent with Tilikum, Nootka and Haida, I came to know their distinct personalities and with each passing year my affections for them grew; especially for Tilikum. SeaWorld: Blackfish :Free Tilikum. Hi, I just signed this petition -- will you join me? 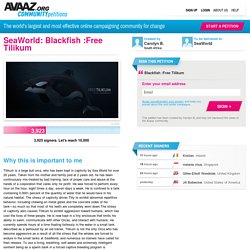 SeaWorld: Blackfish :Free Tilikum To: SeaWorld The petition is really important and could use our help. Click here to find out more and sign: Thanks so much, Blackfish et notre obsession persistante avec des animaux comme divertissement. Recently a nation stopped, put on hats that looked like albatrosses crash-landing in gateaux, and gathered to watch a bizarre precursor to Formula One racing where the vehicles occasionally get shot in the face. 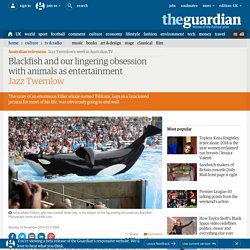 It’s totally worth it though, because tonnes of people lose huge amounts of money. Should you be concerned by tiny men mounting then whipping a form of transport last legitimately used two grandfathers ago, then fear not. Documents from 1991 show why government allowed SeaWorld to... ORLANDO, Fla. — More than four years after killer whale Tilikum killed SeaWorld trainer Dawn Brancheau in Orlando, Channel 9 is learning more about why the government allowed the whale to come to the U.S. 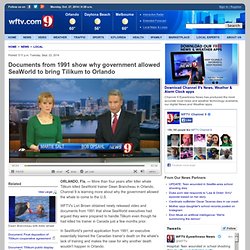 WFTV's Lori Brown obtained newly released video and documents from 1991 that show SeaWorld executives had argued they were prepared to handle Tilikum even though he had killed his trainer in Canada just a few months prior. In SeaWorld's permit application from 1991, an executive essentially blamed the Canadian trainer's death on the whale's lack of training and makes the case for why another death wouldn't happen in Orlando. Tilikum and the Binky Boy. Tilikum Training Session (Featured in the documentary "Blackfish") Tilikum refuses to perform during One Ocean killer whale show at SeaWorld 04-23-2011.