CLUTCH- Mercury. Life Hacks. Google. Suzanne's Ultimatum - Review - Comedy Central. Neil Fallon (@npfallon) Google. Neil Fallon sur Twitter : "This letter was the inspiration for the "Elephant Riders." Lincoln Rejects the King of Siam's Offer of Elephants. Staring Into Someone's Eyes For 10 Minutes Can Radically Alter Your Consciousness. They say the eyes are the window to the soul. 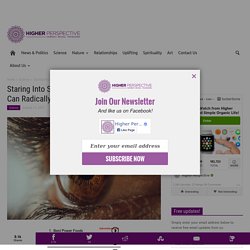 Now, it may be that the eyes of others can be the windows into your own soul as well. Apparently by staring into the eyes of other people for extended periods of time, you can slip into an altered state of consciousness. This isn’t a bunch of pseudo-science nonsense, there’s some science behind it. Giovanni Caputo, a researcher at the University of Urbino, Italy, made the discovery a few years ago after asking 50 volunteers to gaze upon their reflections in a mirror for 10 minutes in a dimly lit room. After about a minute, they began to experience trippy things. After a while, their faces seem to warp. Half of the group stared directly at one another. The results were pretty impressive. Fear of Falling. Here's the science-backed trick to falling asleep in 60 seconds flat. Sleep: the struggle is real. 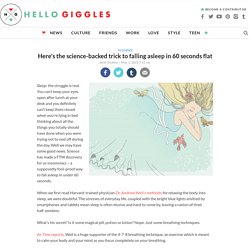 You can’t keep your eyes open after lunch at your desk and you definitely can’t keep them closed when you’re lying in bed thinking about all the things you totally should have done when you were trying not to nod off during the day. Well we may have some good news. Science has made a FTW discovery for us insomniacs – a supposedly fool-proof way to fall asleep in under 60 seconds. When we first read Harvard-trained physician Dr. Andrew Weil’s methods for relaxing the body into sleep, we were doubtful. Soundrown. How a cave in western Pa. changed human history as we know it. I've come across many little-known sites in Pennsylvania that amazed me. 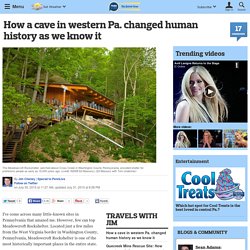 However, few can top Meadowcroft Rockshelter. Located just a few miles from the West Virginia border in Washington County, Pennsylvania, Meadowcroft Rockshelter is one of the most historically important places in the entire state. It all started in 1955, when a local farmer by the name of Albert Miller found a curious object in a groundhog burrow on the hillside above Cross Creek near Avella, Pa. Knowing he had found an interesting Native American artifact, he spent many years trying to find an archeologist to excavate the site.

However, it wasn't until 1973 that Miller was able to convince James Adovasio to explore the area. When Adovasio started his dig, it was thought that the first humans had migrated to the Americas over a land bridge roughly 13,000 years ago, during the last ice age. Raising hope, GAMBLING AGAIN (Season2) Google. Mystic Valley Festival - Directions. Due to the recent change of the street name, our location will not show up on internet maps or GPS yet. 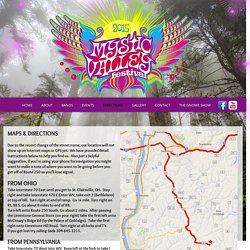 We have provided detail instructions below to help you find us. Also just a helpful suggestion, if you're using your phone for navigation you might want to make a note of where you want to be going before you get off of Route 250 as you'll lose signal. Take Interstate 70 East until you get to St. Clairsville, OH. Stay right and take Interstate 470 E.Enter WV, take exit 2 (Bethlehem) at top of hill. Turn left onto Route 250 South. If you get lost try calling Sada 304-845-1215. Take Interstate 70 West into WV. Turn left at end of ramp. Alwayzturntup.com. Google. Neurosis. 16 Historical Things You Learned In School (That Are Terribly Wrong) If you ask anyone what he or she knows about Napoleon, it is a sure bet that his height (or lack thereof) will be mentioned. 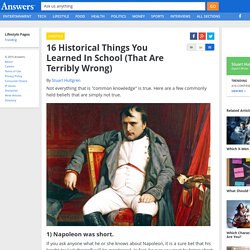 In fact, he was so upset by being short; he developed a chip on his shoulder that resulted in his conquering most of Europe. While this makes for great personal drama, it isn't true. NEIL FALLON (Clutch) INTERVIEW Live on The Missing Link Tour on May 23, 2015 in Michigan. Cult Fiction - Top 10 List - Top Ten List - Top 10 Classic Charles Bukowski Poems. Top 10 Classic Charles Bukowski Poems If you’ve never had the satisfaction of hearing Bukowski read his poetry, I suggest one of the following sources: Hostage (CD, Rhino Records, 1985), The Charles Bukowski Tapes (VHS, Lagoon Video, 1987), Bukowski at Bellevue (VHS, Black Sparrow Press, 1988) or A Charles Bukowski Reader (CD, HarperCollins Publishers, 1993). 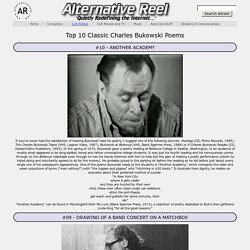 In the spring of 1970, Bukowski gave a poetry reading at Bellevue College in Seattle, Washington, to an audience of mostly what appeared to be drug-addled, bored and rather unreceptive college students. It was just his fourth reading and his nervousness comes through on the Bellevue videotape even though he has his handy thermos with him to help dull the pain of making a public performance (which he hated doing and reluctantly agreed to do for the money).

He probably puked in the parking lot before the reading as he did before just about every single one of his subsequent appearances. “in New York City where it gets colder die” Alone. 15 Brilliant Chuck Palahniuk Quotes.