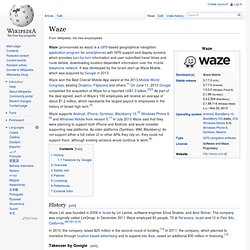 It was developed by the Israeli start-up Waze Mobile, which was acquired by Google in 2013. History[edit] Waze Ltd. was founded in 2008 in Israel by Uri Levine, software engineer Ehud Shabtai, and Amir Shinar. The company was originally called LinQmap. In December 2011 Waze employed 80 people, 70 at Ra'anana, Israel and 10 in Palo Alto, California.[9][10][11][12] In 2010, the company raised $25 million in the second round of funding.[13] In 2011, the company, which planned to monetize through location based advertising and to expand into Asia, raised an additional $30 million in financing.[14]

Trimble Positions 10.0.1 for ArcPad 10 with compatibility for ArcGIS 10.1 « Seiler Mapping Support Blog. Disable data on Apple iPhones. How to cache maps from Google Maps for Maps.app on the iPhone So you don’t have a data plan, and you’re not in range of an open Wi-Fi hotspot. What do you do? You have to be prepared of course. Caches — TileCache v2.11 documentation. TileCache offers access to a number of different caches. These caches are used to store tiles.

“Download map area” added to Labs in Google Maps for Android. (Cross-posted from the Mobile and Lat Long Blogs) One way we bring you new product features is through Google Labs—a collection of fun, experimental features you can turn on if you’re interested in the functionality. In fact, Google Maps itself started as a lab. In addition to our desktop Maps Labs, Google Maps for Android has a few tricks you can try out right from your phone. We’d like to introduce you to one new experimental feature, “Download map area," but also remind you of two other ones we already have: “Scale bar” and “Measure.” Download map area When you’re visiting an unfamiliar location, Google Maps for mobile is great for getting an idea of how close you are to your destination, where streets and landmarks are in relation to each other, or just for getting “un-lost.” Let’s say later you’re visiting Bordeaux during a trip to France. Left: Bordeaux with no data or wifi. 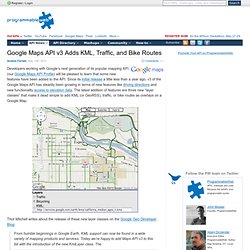 Code Violation for iPad Template for ArcGIS 10. GeoRSS. ArcGIS Explorer. GPS device mapping. Jack Dangermond (Esri), "Living Maps – Making Collective Geographic Information a Reality" on O'Reilly Media Conferences. DS2011: Introduction to ArcGIS API for Android. UNLESS IT IS SUPERSEDED BY A SIGNED LICENSE AGREEMENT BETWEEN YOU AND ESRI, ESRI IS WILLING TO LICENSE THE MATERIALS TO YOU ONLY IF YOU ACCEPT ALL OF THE TERMS AND CONDITIONS CONTAINED IN THIS ATTRIBUTION & LICENSE AGREEMENT. 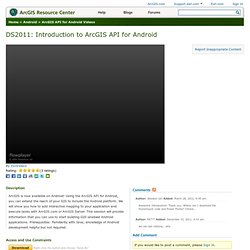 ("ESRI"), a California corporation, with a place of business in Redlands, California, USA. Article 1- DEFINITIONS The terms used herein are defined as follows: GPS on the iPhone » SWC Project Blog. iPhone GPS Test for Well Location On August 31, 2010 I visited Oil City, PA to survey oil fields in the area. 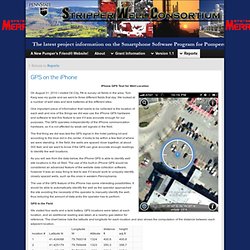 Tom Karg was my guide and we went to three different fields that day. We looked at a number of well sites and tank batteries at the different sites. One important piece of information that needs to be collected is the location of each well and one of the things we did was use the iPhone GPS hardware and software to test this feature to see if it was accurate enough for our purposes. The GPS operates independently of the iPhone communication hardware, so it is not affected by weak cell signals in the field.

The first thing we did was test the GPS signal in the hotel parking lot and according to the blue dot in the center, it looks to be within a few feet of where we were standing. Tactical NAV for iPhone – Navigation System Made by Active Duty Soldier. Pech River Valley, Afghanistan – Announcing that AppDaddy Technologies, the developers of Tactical NAV, has released an important application for iPhone, iPod touch and iPad users. 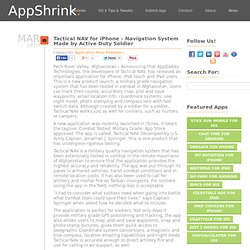 This is a new product launch, a military grade navigation system that has been tested in combat in Afghanistan. Users can track their routes; accurately map, plot and save waypoints; email location info; co-ordinate systems; use night mode, photo stamping and compass lock with fast switch data. ArcGIS Server Blog : Measuring distances and areas when your map uses the Mercator projection. Recently, ArcGIS Online services became available in the same “Web Mercator” projection used by Google Maps and Bing Maps. 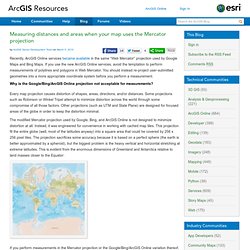 If you use the new ArcGIS Online services, avoid the temptation to perform measurements of polylines and polygons in Web Mercator. You should instead re-project user-submitted geometries into a more appropriate coordinate system before you perform a measurement. Why is the Google/Bing/ArcGIS Online projection not acceptable for measurements? Every map projection causes distortion of shapes, areas, directions, and/or distances. Some projections such as Robinson or Winkel Tripel attempt to minimize distortion across the world through some compromise of all those factors. The modified Mercator projection used by Google, Bing, and ArcGIS Online is not designed to minimize distortion at all. 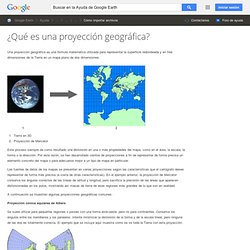 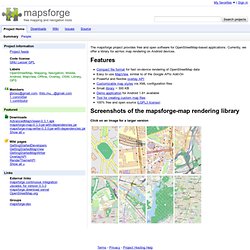 Currently, we offer a library for ad-hoc map rendering on Android devices. Android. For information about Android and OpenStreetMap see also the Android category, or Software/Mobilephones. 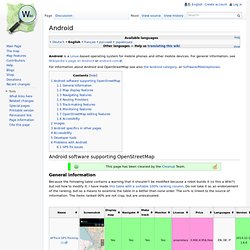 Android software supporting OpenStreetMap General information Because the following table contains a warning that it shouldn't be modified because a robot builds it (is this a Wiki?) But not how to modify it, I have made this table with a sortable 100% ranking column. Do not take it as an endorsement of the ranking, but as a means to examine the table in a better than none order. True offline maps for your Android - unplugged !

ArcGIS iPhone App. Turn Your iPhone into a Wi-Fi Hotspot. Feel like hacking your phone today? 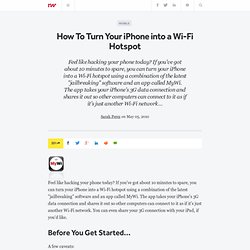 If you've got about 10 minutes to spare, you can turn your iPhone into a Wi-Fi hotspot using a combination of the latest "jailbreaking" software and an app called MyWi. The app takes your iPhone's 3G data connection and shares it out so other computers can connect to it as if it's just another Wi-Fi network. You can even share your 3G connection with your iPad, if you'd like. Web Browser Performance.

HTC Droid Incredible spills its guts - RCR Wireless News. HTC Droid Incredible vs iPhone 4. iPhone 4 vs. HTC Incredible: Smartphone Showdown. Is this the showdown of the year? In the smartphone world, we would argue that it is. If you're looking for arguably the world's best 3G smartphones right now, you're likely considering two specific choices: Apple's iPhone 4 on AT&T, or HTC's DROID Incredible on Verizon Wireless. Both phones provide an excellent user experience, and both are as cutting edge as they come. Both they also offer very different and distinct experiences, with one coming by way of iOS 4 and the other Android 2.1 with HTC's Sense overlay.

In other words, both of these devices are competing for the same crown, but each one is its own beast, with its own list of pros and cons. To start, we'll give you a "tale of the tape" look at these phones from a pure specifications standpoint, and present to you a couple of videos of them in action... So, what are left with? Location-aware mobile web apps using Google Maps v3 + geolocatio. When hiring Engineers, I always look for evidence of pet projects, so recently I thought it was fair to create one of my own: GeoMeme, the fun way to measure and share real-time local twitter trends. Visitors to GeoMeme choose a location on the map, and two search terms to compare.

GeoMeme then measures and compares the number of matching tweets within the bounds of the map, based on public data from a number of mobile twitter apps.