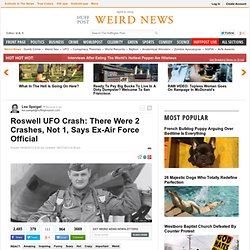 The legend, rehashed by conspiracy theorists in countless documentaries, revolves around allegations that an unusual object fell from the sky -- an object so bizarre that the U.S. Air Force issued a press release that a flying saucer had crashed. That story was quickly recanted, creating what would become one of the greatest urban legends in American history. Brisbane, Australia. French Quarter UFO Sighting - New Orleans - July 19, 2012. ‘Baltic UFO’ may be secret Nazi sub-trap. (((BREAKING NEWS))) FBI UFO DISCLOSURE ON FOX NEWS JULY 13, 2012. Breaking news! UFO SIGHTING in HOLLYWOOD 7/8/2012. НЛО в Москве 07.07.12 в 00:24ч, ул. Обручева ЮЗАО. Roswell 'UFO' landing: CIA agent Chase Brandon speaks out on 65th anniversary. 'Box' of information includes photographs that prove Roswell UFO was realReport by veteran CIA agent who Information concealed in 'Vault' beneath CIA's Langley headquarters By Rob Waugh Published: 08:48 GMT, 9 July 2012 | Updated: 12:11 GMT, 9 July 2012 A long-serving CIA agent has spoken out on the 65th anniversary of the Roswell Incident to reveal a hidden CIA file on the 'UFO' that was supposedly found at the site - and says, 'It really happened.' Conspiracy theorists believe that alien bodies from the crashed 'disc' were autopsied - and that modern technologies have been built on discoveries from inside the craft. 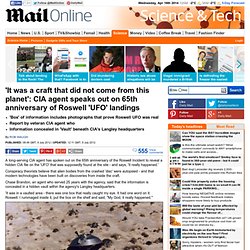 Chase Brandon, an agent who served 25 years with the agency, said that the information is concealed in a hidden vault within the agency's Langley headquarters. 'It was in a vaulted area - there was one box that really caught my eye. The truth is out there? Chase Brandon worked for the CIA for 35 years, and has overseen covert operations in 70 countries. UFO Lights Over Nottingham, England 05/06/2012. Triangle UFO Formation - Apple Valley, CA - June 4, 2012. 1995Obs...115...78S Page 78. Index. Woman in Contact with ET/Lightbeings 1/5. The Portal - The Hessdalen Lights Phenomenon - FULL. Аномалия в небе Астрахани! Syfy show captures UFOs during attempt to debunk them. NEW REAL UFO over China sighting filmed by Airline Passenger - AIRPORT CLOSED - (06/10/2010) User:Bejnar/Sandbox. The Del Rio, Texas UFO Crash is a 1955 UFO case reported by a former jet pilot in the United States Air Force Reserve , Robert Burton Willingham, who lives near Wichita Falls, Texas .

While flying a North American Aviation F-86 Sabre jet on a bomber escort mission over West Texas, Willingham observed a large, highly-luminous orb moving toward him from the northwest at about 2,000 miles per hour. At one point, he saw it execute a sudden 90-degree turn without slowing. As the object moved past his aircraft, Willingham gave chase and later saw it fall to the ground and crash near Del Rio, Texas . After switching planes, Willingham returned to the crash site later in the day and was confronted by Mexican soldiers who were guarding the wreckage while waiting for the arrival of the U.S. Air Force . Best Of UFO Sightings Of May 2012, AFO. 4 UFOs over Vancouver BC May 28 2012. Ci6I9.jpg 1615×1298 pixels. UFO Japan May 31 2012. » Fast flying UFOS over Dallas, Texas – May 29, 2012 - Quasi Mundo. 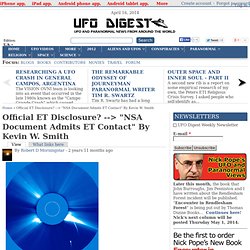 Smith On October 21, 2004, the NSA approved for release to the public a portion of their NSA Journal Vol. XIV No. 1. This is a report of a presentation given to the NSA by Dr. НЛО Санкт-Петербург, Гражданка 02.05.2012 / UFO SPb. The Betz Mystery Sphere: Alien Artifact or Doomsday Device? This bizarre, allegedly self propelled, seamless metallic orb was discovered by members of the Betz family in 1974, and rapidly became the object of fascination, controversy and alarm for scientists, military officials, ufologists and the general public as the story of this mystery sphere spread like wildfire through the international media. 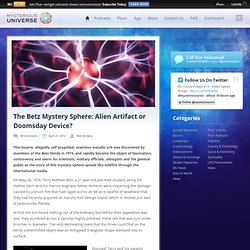 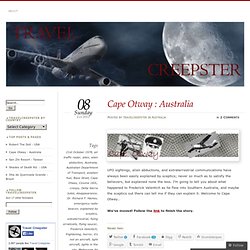 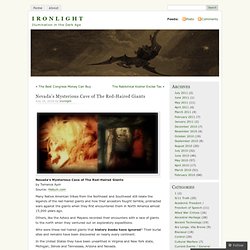 Others, like the Aztecs and Mayans recorded their encounters with a race of giants to the north when they ventured out on exploratory expeditions. Who were these red-haired giants that history books have ignored? Their burial sites and remains have been discovered on nearly every continent. UFO Seen, then Transmission is Stopped. Roswell officer's amazing deathbed admission raises possibility that aliens DID visit. By NICK POPE Last updated at 01:03 30 June 2007 Exactly 60 years ago, a light aircraft was flying over the Cascade Mountains in Washington State, at a height of around 10,000ft. 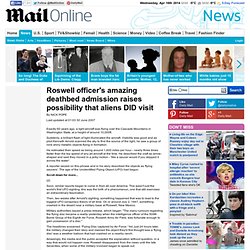 Suddenly, a brilliant flash of light illuminated the aircraft. Visibility was good and as pilot Kenneth Arnold scanned the sky to find the source of the light, he saw a group of nine shiny metallic objects flying in formation. He estimated their speed as being around 1,600 miles per hour - nearly three times faster than the top speed of any jet aircraft at the time. Free documentaries. Disclosure: Confirmations on UFOs. CONFIRMED: Top NASA astronaut discloses shuttle encounter with disc UFO while in orbit It’s a bombshell story, a former SCO of NASA’s space shuttle fleet announced that he and NASA know that ETs are real. 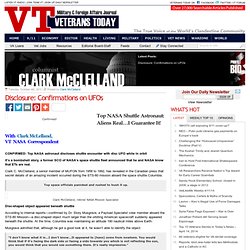 Clark C. McClelland, a senior member of MUFON from 1958 to 1992, has revealed in the Canadian press that secret details of an amazing incident occurred during the STS-80 mission aboard the space shuttle Columbia. Top space officials panicked and rushed to hush it up. UFO sightings by NASA Astronauts. During James Lovell's flight on Gemini 7: Lovell: BOGEY AT 10 O'CLOCK HIGH. 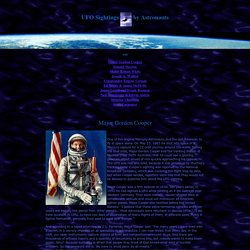 Capcom: This is Houston. Say again 7. Lovell: SAID WE HAVE A BOGEY AT 10 O'CLOCK HIGH. Capcom: Gemini 7, is that the booster or is that an actual sighting? UFOs / OVNIs UK - September 2011. UFO over Santiago, Chile. Kubricked. Triangular UFO over Chile. Massive UFO Adelaide Australia September 25 2011. UFO Case: Sighting 2/2010 Mexico. Details Category: UFO Cases Published on Monday, 19 September 2011 18:51 Written by Damien Joseph Hits: 2398 So after writing at least 300 words for this article to have everything lost is quite depressing but it's not. Belgian UFO wave. The sightings[edit] The Belgian UFO wave peaked with the events of the night of 30/31 March 1990. 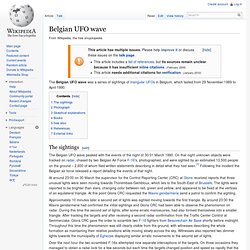 UFO SIGHTING BEFORE HUNDREDS!!! SEPT.10, 2011 U.S.A. UFO Spotted at Notre Dame Stadium? College football fans who tuned into watch South Florida’s victory over Notre Dame this past Saturday apparently got a little more than they bargained for. In addition to witnessing the Fighting Irish’s head coach Brian Kelly turn multiple shades of red during his second-half rage-fest, those who watched the game’s broadcast entirety got a chance to see the presence of extraterrestrial life hovering above the Notre Dame Stadium – at least, according to the folks at UFO Sightings Daily’s website.

During a stretch when the game was delayed and the stadium was evacuated due to an aggressive thunderstorm accompanied by multiple lightning strikes, amateur skywatchers noticed a number of unidentified flying objects circling the historic stadium in Indiana. “The sports reporters began talking about the lightning, getting the cameraman too [sic] focus on it,” writes Scott C. Waring, who created the UFO conspiracy website. On a drive in downtown Anchorage, Alaska, this strange light appeared in the sky. It lasted a couple of minutes and then dissapeared.

Trumbull has been studying all available information regarding the wellhead, blowout preventer, broken riser pipe, and other factors such as flow rate and pressure. "My team and I have begun to suspect that the current wisdom regarding the pressure of the oil flow is substantially incorrect, and that the flow of oil could be readily captured with a simple “Vacuum Manifold Cap” as depicted in the video," Trumbull said. Huge UFOs caught on Telescope - 2011. UFOs over Helsinki Finland July 23rd 2011. MoD Reveals Top Secret Memos of Mysterious UFOs, Aliens. The photo of an Unidentified Flying Object (UFO) captured in 2004 outside Retford town hall in Nottinghamshire underwent expert analysis at the Ministry of Defence, and Defence Geographic and Imagery Intelligence Agency (DGIA), the latest files said.

Alex Birch who captured the series of UFO images contacted the agencies in July 2004, to verify the identity of the object which appears to be in the vicinity of the brightly lit town hall. ''No definitive conclusions can be gathered from evidence submitted, however it may be coincidental that the illuminated plane of the object passes through the centre of the frame, indicating a possible lens anomaly, eg a droplet of moisture," DGIA report stated. The files also throws some light on one of the strangest alien stories, of a 2003 sighting of ''worm-shaped'' UFOs ''wriggling around in the sky'' over East Dulwich in London. Old West UFO Encounters. Cowboys & Aliens opens this weekend, and moviegoers are already chomping at the bit for a chance to see cowboys duke it out with UFO’s. As crazy as this genre-blending fantasy world seems, American history boasts a fairly healthy collection of Old West UFO stories during the 1800′s.

UFO Seen By Airplane Passenger - Aug. 2011 (+identical object from 2008!) UFO spotted in Croydon town centre. UFO spotted in Croydon town centre 1:07pm Wednesday 17th August 2011 in Where I Live Could the light above Croydon have been a flying saucer? Mayan Secrets to Be Revealed by Mexican Government in '2012' Doc. Astronauts Came Forth With The Truth! So Why Are We Still Watching The Skies? Transforming UFO in San Jose, Ca (NON-EDITED) MUST WATCH. ‪Mass UFO Sighting in Kansas City, Missouri July 30 2011‬‏ UFO & Paranormal News. UFO being transported by Russian military helicopter filmed UFO and alien events in Russia have gone into overdrive over the last six months. It is believed that officials from Moscow's Interior Ministry are currently in damage-control. Clumsy cover-up stories are quickly being put together to conceal the reality of alien visitation made obvious by a series of high profile and publicly reported events beginning with a UFO that was tracked travelling at 6000mph and whose occupants communicated in odd “cat sounds”, then moving on to a UFO crash witnessed by thousands in the Irkutsk region and reported by all major media outlets in Russia (albeit censored in the West) and culminating in an Alien found in the snow in the Republic of Buryaita.

The last event was followed by an obviously flawed and extremely suspicious official cover-up (see second video below). Colorado's San Luis Valley Is A UFO Hotspot With A Specially Built UFO Watchtower. Want to see some unexplained lights in the sky or slow moving cigar-shaped or saucer-shaped objects? Gas up the car and head out to the southwest section of Colorado. The San Luis Valley of the Centennial State is reportedly a paranormal-rich area of the American landscape, with UFO sightings going back to the 1600s. Dialogue_hh. Mysterious 'structure' discovered on Mars.