An Introduction to Crystal: Fast as C, Slick as Ruby - via @codeship. Development Environment for the Raspberry Pi using a Cross Compiling Toolchain and Eclipse - Hertaville. UPDATED September 7th 2014. 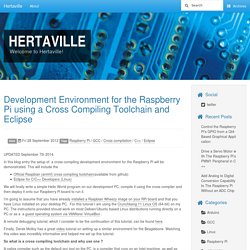 In this blog entry the setup of a cross-compiling development environment for the Raspberry Pi will be demonstrated. This will include the We will finally write a simple Hello World program on our development PC, compile it using the cross compiler and then deploy it onto our Raspberry Pi board to run it. I'm going to assume that you have already installed a Raspbian Wheezy image on your RPi board and that you have Linux installed on your desktop PC. Composing Reactive Animations. Conal Elliott Microsoft Research Graphics Group Copyright 1998 We have all seen a lot of wonderful looking computer graphics, and many of us have spent time playing video games or watching our kids (or their kids) play them. 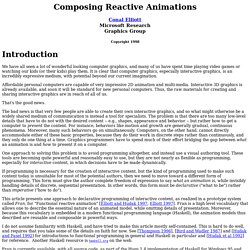 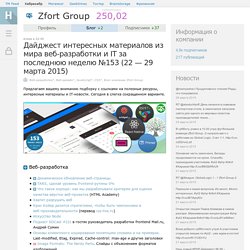 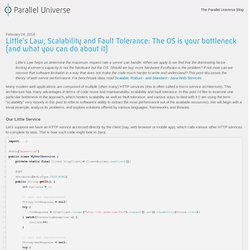 When we apply it, we find that the dominating factor limiting a server’s capacity is not the hardware but the OS. Should we buy more hardware if software is the problem? If not, how can we remove that software limitation in a way that does not make the code much harder to write and understand? This post discusses the theory of web server performance. Сайт GameTutorials сделал все свои 350 уроков по программированию игр бесплатными. We've been doing full-a$$ SCRUM for 6 months, here's what we learned. What technology should my startup use? Over the years many people have asked me the same question: I’m starting this new project, what technology do you think I should use? 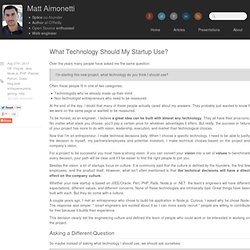 Often these people fit in one of two categories: Technologists who’ve already made up their mindNon-technologist entrepreneurs who need to be reassured At the end of the day, I doubt that many of these people actually cared about my answers. They probably just wanted to know if we were on the same page or wanted to be reassured. To be honest, as an engineer, I believe a great idea can be built with almost any technology. 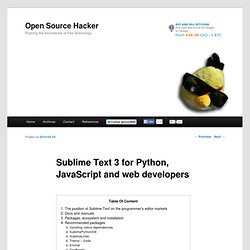 The editor is commercial (59 USD), though this is enforced through a nagging dialog only. Plenty of Sublime Text’s power comes from the fact that Sublime has vibrant community-maintained plugin ecosystem. This blog post is revised from an old Sublime Text 2 blog post how to tune your Sublime Text to be a powerful platform. As the writing of this (March 2014) Sublime Text 3 is in public beta and the plugin development for the older Sublime Text 2 is slowly stalling. The most popular plugins have been ported to Sublime Text 3, so if you are a ST2 user should start considering migration to the new version. 1. Sublime Text does not try to be full-fledged IDE. If you need more heavy tools and you are not well-versed on the command-prompt, you can find PyCharm (Python) and WebStorm (JavaScript) IDEs – both are Java-based. 2. 3. 4.

What Should Every Programmer Read? What I Wish I Knew When Learning Haskell ( Stephen Diehl ) Stephen Diehl (@smdiehl ) Since I wrote these slides for a little user group talk I gave two years ago they have become a surprisingly popular reference. 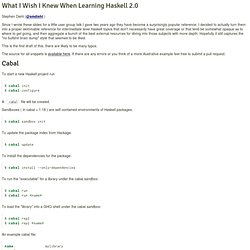 I decided to actually turn them into a proper skimmable reference for intermediate level Haskell topics that don't necessarily have great coverage or that tend be somewhat opaque as to where to get going, and then aggregate a bunch of the best external resources for diving into those subjects with more depth. Hopefully it still captures the "no bullshit brain dump" style that seemed to be liked. This is the first draft of this, there are likely to be many typos. 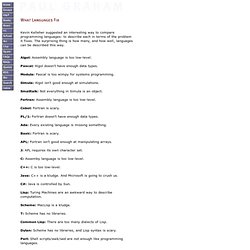 The surprising thing is how many, and how well, languages can be described this way. Algol: Assembly language is too low-level. Pascal: Algol doesn't have enough data types. Modula: Pascal is too wimpy for systems programming. Simula: Algol isn't good enough at simulations. Smalltalk: Not everything in Simula is an object.

A Coder, a Programmer, a Hacker, a Developer, and a Computer Scientist walk into a Venn Diagram. Development. Architecture. What Are You Using? – Nettuts+ Authors Edition. Teach kids programming. I’ve been gathering the best resources to teach children & teens programming — books, environments, apps, courseware and games. 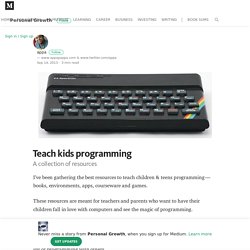 These resources are meant for teachers and parents who want to have their children fall in love with computers and see the magic of programming. I’m staying away from philosophical debates of whether kids should learn to program, when they should start and other such topics. I know this — I fell in love with computers in 3rd grade (a beautiful ZX Spectrum), and I want to share the joy of programming with others. I’ve chosen in this list to be quite comprehensive in listing all resources — but also choosy to restricting this to things I found useful & of high quality.

I’ve also started this list with my own opinionated picks on what kind of material from the large list of resources may be suitable for children with different interests and at different points in their learning. Music programming. 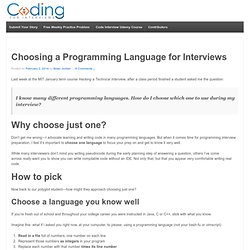 How do I choose which one to use during my interview? Don’t get me wrong—I advocate learning and writing code in many programming languages. But when it comes time for programming interview preparation, I feel it’s important to choose one language to focus your prep on and get to know it very well. While many interviewers don’t mind you writing pseudocode during the early planning step of answering a question, others I’ve come across really want you to show you can write compilable code without an IDE. Now back to our polyglot student—how might they approach choosing just one? Choose a language you know well If you’re fresh out of school and throughout your college career you were instructed in Java, C or C++, stick with what you know.