The Photography Network - PictureSocial. Michal Pudelka. Artist Bio I was born 21 years ago in the capital city of Slovakia – Bratislava. 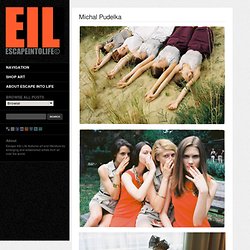 As a young boy growing in a post communistic country I very soon understood that a boy with Barbie dolls doesn‘t find a place in that world. In elementary school I used to be the queer one and I started to feel the hate of society so I found my own world surrounded by drawings and simply with imagination. Camera Shooting Modes - How to Understand the Camera Shooting Modes on Your DSLR. Understanding camera shooting modes can make a real difference to the quality of your images. 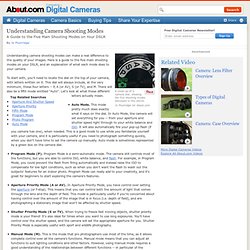 Here is a guide to the five main shooting modes on your DSLR, and an explanation of what each mode does to your camera. To start with, you'll need to locate the dial on the top of your camera, with letters written on it. This dial will always include, at the very minimum, these four letters -- P, A (or AV), S (or TV), and M. 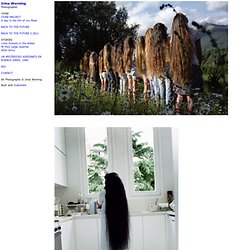 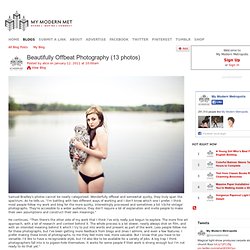 Wonderfully offbeat and somewhat quirky, they truly span the spectrum. As he tells us, "I'm battling with two different ways of working and I don't know which one I prefer. Where Children Sleep. James Mollison traveled around the globe and took some incredibly eye-opening photos of children's bedrooms. 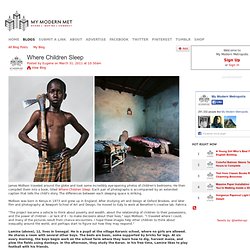 He then compiled them into a book, titled Where Children Sleep. Each pair of photographs is accompanied by an extended caption that tells the child's story. The differences between each sleeping space is striking. Mollison was born in Kenya in 1973 and grew up in England. After studying art and design at Oxford Brookes, and later film and photography at Newport School of Art and Design, he moved to Italy to work at Benetton's creative lab, Fabrica. "The project became a vehicle to think about poverty and wealth, about the relationship of children to their possessions, and the power of children – or lack of it – to make decisions about their lives," says Mollison.

Lamine (above), 12, lives in Senegal. Tzvika, nine, lives in an apartment block in Beitar Illit, an Israeli settlement in the West Bank. Indira, seven, lives with her parents, brother, and sister near Kathmandu in Nepal. Valentina Riccardi - Moncho. Federico Erra. Devil’s Bridge 2008 Candy 2007 May 2011 Self-portrait with Luca 2011 Music for man 2009 Neptune 2007 Self 2011 Artist statement. 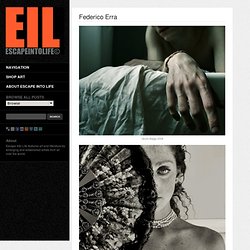 Ontoshiki Vun. The power of the mind mom and I dear imagination; 2 frozen raindrops summertime reprise a symbol of sin “Sensualism in photography is tantamount to having an intimate dance with a woman; timing, technique, intricate body movements and forming a connection between you and your partner. ” – Ontoshiki hot spring hotel IV idea incubation “If only every fleeting moment in our inimitable lives can be captured on film, re-wound and re-collected. ” – Ontoshiki society’s child; 1 “The mysterious allure of a person in urban architecture and landscape is a metaphor for social environment and sense of community. 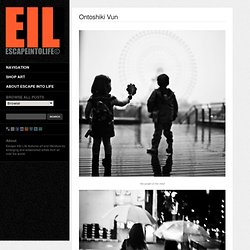 Artist Bio. Sebastien Tabuteaud. About the Artist Sébastien Tabuteaud, a 30-something semi-professional French photographer based in Paris, has a wonderful portfolio of galleries showing a wide range of beautiful dreamlike imagery. 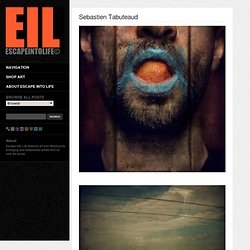 He enjoys editing his pictures, adding textures to the photos to better bring out the world of the image. Rae Marshall. I told myself I’d Keep my distance Girls That Glitter Love the Dark In The Dark Inside Our Home Almost Bride. 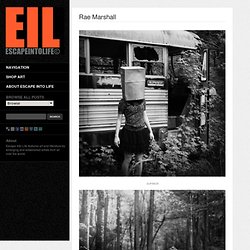 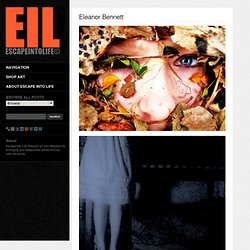 She has had her photographs published in exhibitions and magazines across the world including the Guardian, RSPB Birds, RSPB Bird Life, Dot Dot Dash, Alabama Coast, Alabama Seaport and NG Kids Magazine (the most popular kids magazine in the world). She was also the only person from the UK to have her work displayed in the National Geographic and Airbus run See The Bigger Picture global exhibition tour with the United Nations International Year Of Biodiversity 2010.