Why Socialism Often Leads to Tyranny. There is plenty of anecdotal evidence that communism leads to tyranny. 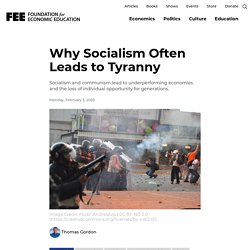 Mention the countries North Korea, Cuba, the Soviet Union, Mao Tse Tung’s China, East Germany, and Venezuela, and most people immediately think of an oppressed population with almost no economic opportunity and no political freedom. 10 Terrifying Facts about the East German Secret Police. To maintain power for 40 years while their people starved and plotted to escape, the Communist Party had to get very good at controlling people and undermining anti-state activists. 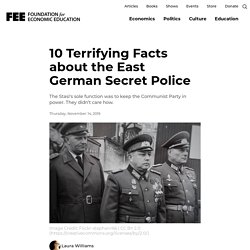 But outright street violence and assassinations weren’t good for the Party image, so the Ministry for State Security got creative. Holodomor Memorial Day in Ukraine and Around the Globe. As the holidays approach us, we are reminded to give thanks for the things in our lives we are most thankful for. 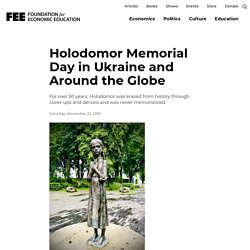 For me, the fourth Saturday in November is dedicated to the remembrance of the millions of human beings who were murdered in the mass genocide by starvation: Holodomor, translated to mean “killing by starvation.” Between 1932–1933 approximately 7 million farming families were exterminated by deliberate, centrally-planned, forced famine in Ukraine and another 3 million just outside of Ukraine, totaling 10 million unnecessary deaths of innocent, hard-working people. Ocasio-Cortez’s Gardening Advice Echoes the Hubris of Mao’s Great Leap Forward. Alexandria Ocasio-Cortez (D-NY) wants to extend identity politics to vegetables. 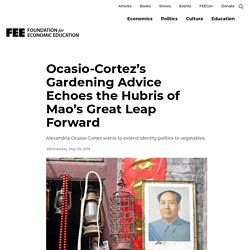 For Ocasio-Cortez, some vegetables are too “colonial” to grow. Community gardens are a component of the Green New Deal, and having projects “make sense in a cultural context” is important, says Ocasio-Cortez. If “communities of color” are “resistant to certain environmentalist movements,” perhaps it’s because they are concerned about taxes and jobs? The reason Ocasio-Cortez gives is far different: When someone says that it’s too hard to do a green space that grows yuca instead of…cauliflower or something, what you’re doing is that you’re taking a colonial approach to environmentalism. Yuca grows best in hot, dry regions.

In Final Plea, Economists Implore South Africa to Abandon Expropriation Plan. George Bernard Shaw Was so Enamored with Socialism He Advocated Genocide to Advance It. A Chilling Reminder of How the Soviets Weaponized Psychiatry against Dissidents. The Truth About Che Guevara. Che Guevara has the most effective public relations department on earth. 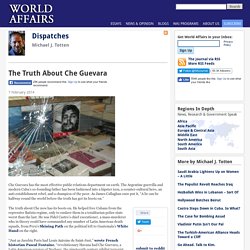 The Argentine guerrilla and modern Cuba’s co-founding father has been fashioned into a hipster icon, a counter-cultural hero, an anti-establishment rebel, and a champion of the poor. As James Callaghan once put it, “A lie can be halfway round the world before the truth has got its boots on.” The truth about Che now has its boots on. He helped free Cubans from the repressive Batista regime, only to enslave them in a totalitarian police state worst than the last. He was Fidel Castro’s chief executioner, a mass-murderer who in theory could have commanded any number of Latin American death squads, from Peru’s Shining Path on the political left to Guatemala’s White Hand on the right. He was killed in Bolivia by the army in 1967 when he tried to overthrow yet another government and replace it with a communist state.

Cuba is a police state and Che was its co-founder. They get arrested. So yeah, everyone “loves” him. Bolivia demonstrates yet again why institutions matter. Tyranny, one tiny step at a time - Ideology, Group Identity, Collective Guilt. The In-N-Out Burger Boycott Shows that Under Socialism, Those Who Don’t Obey Won’t Eat. Last week, Eric Bauman, the chair of the California Democratic Party, called for a boycott of the popular California hamburger chain In-N-Out Burger. 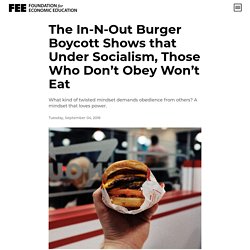 What was In-N-Out Burger’s crime? Los Angeles Magazine reported that the burger chain had contributed to the Republican Party. Bauman tweeted a link to the story about the contribution and called the chain “creeps:” Et tu In-N-Out? Tens of thousands of dollars donated to the California Republican Party... it’s time to #BoycottInNOut—let Trump and his cronies support these creeps... perhaps animal style! Californians were not ready to give up eating at the popular chain. What Vigna calls “giving voice,” many of us might call bullying. Current events and history warn us: A political party demanding loyalty to the party as a condition for doing business is a terrible path to go down.

Totalitarians Deploy Economic Threats. Can There be an "After Socialism"? There Is No Such Thing As Peaceful Socialism - Daniel J. McLaughlin. Radical, revolutionary socialism has gotten all the attention. 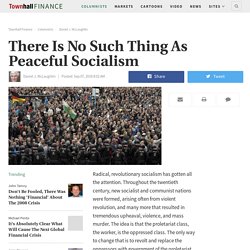 Throughout the twentieth century, new socialist and communist nations were formed, arising often from violent revolution, and many more that resulted in tremendous upheaval, violence, and mass murder. The idea is that the proletariat class, the worker, is the oppressed class. The only way to change that is to revolt and replace the oppressors with government of the proletariat, because the ruling class will not willingly give up power, and without violent overthrow, they will squash the revolution and remain the oppressors. There is a different kind of socialism, a “kinder, gentler” variety.

It does not use violent revolution to replace government. The Fabians adopted a strategy on infiltrating or penetrating all areas of society to promote socialist ideas while refraining from calling it socialism, recognizing that the people in non-socialist countries were well aware of the horrors. Rise of Hitler: The 25 Points of Hitler's Nazi Party. 1. 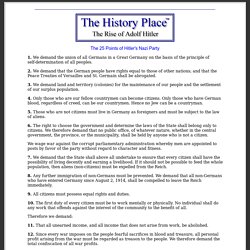 We demand the union of all Germans in a Great Germany on the basis of the principle of self-determination of all peoples. 2. We demand that the German people have rights equal to those of other nations; and that the Peace Treaties of Versailles and St. Germain shall be abrogated. 3. We demand land and territory (colonies) for the maintenance of our people and the settlement of our surplus population. 4. Only those who are our fellow countrymen can become citizens. Socialist Snow Job. The UN is more up front than ever with its world governance agenda. 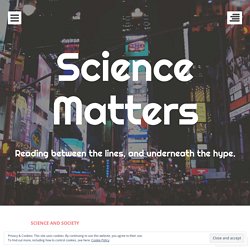