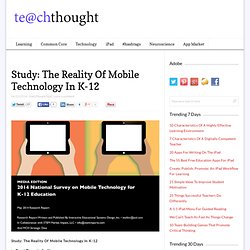 The goal of the survey is to help business leaders understand how teachers are using mobile technology. For our part as educators, it offers a chance to see what is actually happening in the public education landscape–at least as far as this data reveals. A portion of the study is excerpted below. 2014 National Survey on Mobile Technology for K-12 Education “Mobile technology now has a substantial presence in most school districts. 2014 continued the trend of steady growth in mobile technology adoption, with additional growth very likely in the next two years.

Many districts look to mobile technology to increase student achievement and make learning more engaging and personalized. 4 Ways The Internet Is Making Kids Smarter. Hand over the iPad: Seattle doctor says babies should use tablets. SEATTLE -- Doctors have long said children under 2 years old shouldn't have any screen time. 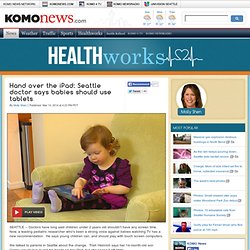 Now, a leading pediatric researcher who's been a strong voice against babies watching TV has a new recommendation. He says young children can, and should play with touch screen computers. We talked to parents in Seattle about the change. Trish Heinrich says her 14-month-old son Conley would love to get his hands on her iPad, but she keeps it off limits. "It's too expensive a piece of equipment to let him play with it, in my opinion," she said. Despite a host of games and apps geared towards young children, the American Academy of Pediatrics seems to agree. How Digital Learning is Boosting Achievement - Getting Smart by Tom Vander Ark - blended learning, Online Learning. It’s the early innings of the digital learning revolution but the evidence is piling up. 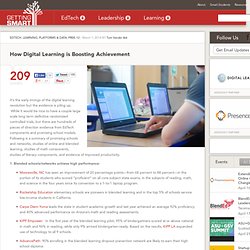 While it would be nice to have a couple large scale long term definitive randomized controlled trials, but there are hundreds of pieces of direction evidence from EdTech components and promising school models. Following is a summary of promising schools and networks, studies of online and blended learning, studies of math components, studies of literacy components, and evidence of improved productivity. 1. Blended schools/networks achieve high performance: DERN. Is Electromagnetic Radiation Dangerous? How To Protect Yourself? Can cell phones cause cancer after all? 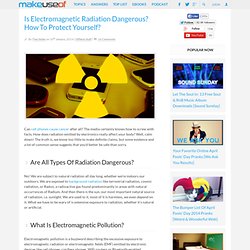 The media certainly knows how to screw with facts. How does radiation emitted by electronics really affect your body? Well, calm down! The truth is, we know too little to make definite claims, but some evidence and a lot of common sense suggests that you’d better be safe than sorry. iPads Improve Classroom Learning, Study Finds. Just how big is the universe, how small is an atom, and how long have we humans lived on Earth, compared with dinosaurs? 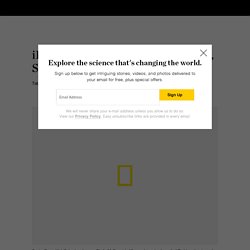 Such answers are better learned with an iPad, according to a new study that shows just how tablets tap neurocognitive abilities that help students understand enormous scale and other difficult concepts. Students saw learning gains after as little as 20 minutes of study on the iPad, the research found, and if supported with guidance from an instructor their improvement may have been even more pronounced, the scientists suggest.

"The bottom line is that these iPads and similar tools actually do make a difference," said physicist Matthew Schneps, a founding member of the Science Education Department at the Harvard-Smithsonian Center for Astrophysics in Massachusetts. Schneps explained that his virtual solar system study examined iPad use that is a bit different from most classroom applications. "These uses are good. How The iPad Can Promote The Development Of Non-Cognitive Skills. This content is sponsored by the Teaching & Learning with the iPad Conference November 15-16, 2013 in Raleigh, NC, a 2-day conference dedicated exclusively to better learning with the iPad, coordinated and presented by teachers, for teachers. 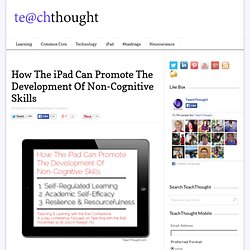 How The iPad Can Promote The Development Of Non-Cognitive Skills. A Small Collection of Studies of iPad Use in Education. This week I got the itch to go beyond anecdotal stories about iPads in the classroom and look for some more substantial research and writing on the topic. 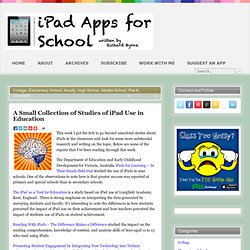 Below are some of the reports that I’ve been reading through this week. The Department of Education and Early Childhood Development for Victoria, Australia iPads for Learning – In Their Hands field trial studied the use of iPads in nine schools. One of the observations to note here is that greater success was reported at primary and special schools than in secondary schools. The iPad as a Tool for Education is a study based on iPad use at Longfield Academy, Kent, England . Delicious. The Single Most Important Factor for iPad Success in Schools. When you think of iPads in schools, you probably think of a cart that's wheeled into a classroom. 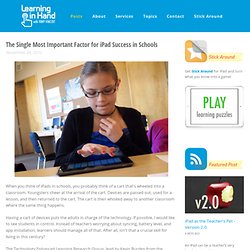 Youngsters cheer at the arrival of the cart. Devices are passed out, used for a lesson, and then returned to the cart. The cart is then whisked away to another classroom where the same thing happens. Having a cart of devices puts the adults in charge of the technology. If possible, I would like to see students in control. 7 Key Findings for Successful Education Technology Integrations. Continuing with the theme of measurable successes in education technology implementations that we’ve explored in a number of articles over the last few months, today we take a look at Project Red. 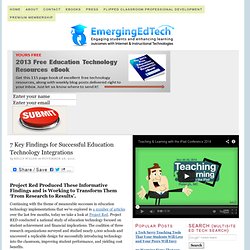 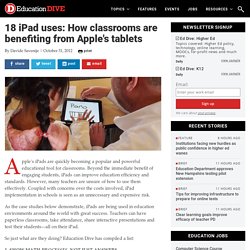 Beyond the immediate benefit of engaging students, iPads can improve education efficiency and standards. However, many teachers are unsure of how to use them effectively. Coupled with concerns over the costs involved, iPad implementation in schools is seen as an unnecessary and expensive risk. As the case studies below demonstrate, iPads are being used in education environments around the world with great success. Teachers can have paperless classrooms, take attendance, share interactive presentations and test their students—all on their iPad.

So just what are they doing? 1. 2. 3. 4. 18 Snapshots Of iPad Integration. You know from experience that when you enjoy a subject, learning about that subject is easier, more fun, and you retain the information longer. Getting kids to enjoy learning is more productive to education efforts than spending more money, lengthening school days, you name it. The iPad as a Tool For Education - a case study.