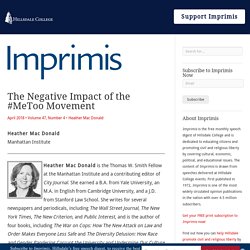 Smith Fellow at the Manhattan Institute and a contributing editor of City Journal. She earned a B.A. from Yale University, an M.A. in English from Cambridge University, and a J.D. from Stanford Law School. She writes for several newspapers and periodicals, including The Wall Street Journal, The New York Times, The New Criterion, and Public Interest, and is the author of four books, including The War on Cops: How The New Attack on Law and Order Makes Everyone Less Safe and The Diversity Delusion: How Race and Gender Pandering Corrupt the University and Undermine Our Culture (forthcoming September 2018). The following is adapted from a speech delivered at Hillsdale College on April 18, 2018, during a two-week teaching residency at Hillsdale as a Pulliam Distinguished Visiting Fellow in Journalism. Our nation is about to be transformed, thanks to the #MeToo movement.

The Innocence Project 2018: A record year in exonerations. Florida, Exonerated After 14 Years Clemente Aguirre (center) and his attorney, Joshua Dubin (R), in court after he was exonerated on November 5, 2018. 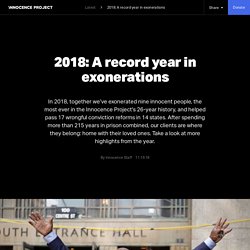 Photo by Phelan Ebanhack In November, Clemente Javier Aguirre became the 21st person exonerated by DNA after being sentenced to death. Since the day of his arrest and throughout his 14 years of wrongful incarceration, including ten years on death row, he always maintained his innocence. Clemente was 24 years old in 2006 when he discovered his neighbor and her mother had been stabbed to death. Eyewitness Identification Reform - Innocence Project. Mistaken Identifications are the Leading Factor In Wrongful Convictions Mistaken eyewitness identifications contributed to approximately 71% of the more than 360 wrongful convictions in the United States overturned by post-conviction DNA evidence. • Inaccurate eyewitness identifications can confound investigations from the earliest stages. 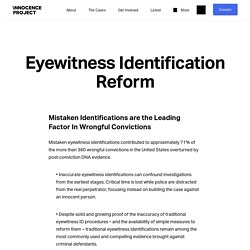 Critical time is lost while police are distracted from the real perpetrator, focusing instead on building the case against an innocent person. • Despite solid and growing proof of the inaccuracy of traditional eyewitness ID procedures – and the availability of simple measures to reform them – traditional eyewitness identifications remain among the most commonly used and compelling evidence brought against criminal defendants. Traditional Eyewitness Identification Practices – And Problems • In a standard lineup, the lineup administrator typically knows who the suspect is. MeToo campaign attacks the very basis of justice, says Julia Hartley-Brewer. That turned out to be just the start of a torrent of accusations that have brought down a dozen or more wealthy and powerful men. 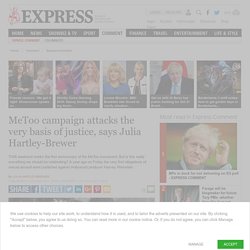 Now the movement has spread far and wide, its tentacles reaching far from the casting couch in Weinstein's office, across the entire western world. From movie actors and directors to politicians and TV presenters, the list of guilty men and their female victims is added to almost weekly. Fingers are pointed, lives are ruined and the MeToo train chugs on to the next station stop. From Hollywood to Westminster, from Washington DC to the football pitch, it seems that no one is safe - neither the women who fall victim to sexual assault nor the men accused of those crimes.

As each day passes the MeToo movement grows in strength as the torrent of claims and counter-claims thunders over people's lives, claiming everything and everyone in its churning currents. Two women claim they were mistreated and their lives were ruined. Russell Simmons banned from NYC yoga studio amid #MeToo accusations. He’s ruining their zen. 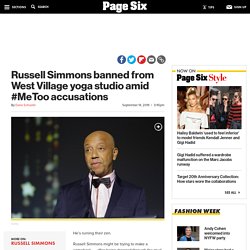 Russell Simmons might be trying to make a comeback — after being dragged through the mud in the #MeToo movement amid 12 accusations of rape and sexual misconduct — but a Manhattan yoga studio says he’s nothing but a downward-facing dog. On Thursday, Modo Yoga NYC emailed Russell Simmons and asked him to steer clear of its West Village fitness studio. The former music and fashion mogul, who relocated to Bali in February 2018 as allegations of sexual misconduct piled up, had attended classes at Modo while he was in Manhattan the past few weeks. Why I agree with Kate Andrews that #MeToo has done more harm than good - The Cambridge Student.

When companies like Netflix instruct their employees that they must not stare at a fellow colleague for longer than five seconds, it does make me wonder what the world is coming to. 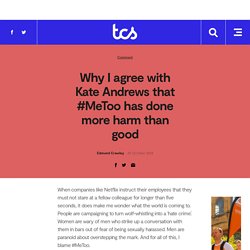 People are campaigning to turn wolf-whistling into a ‘hate crime’. Women are wary of men who strike up a conversation with them in bars out of fear of being sexually harassed. Men are paranoid about overstepping the mark. #MeToo Brought Down 201 Powerful Men. Nearly Half of Their Replacements Are Women. 201 lost jobs or major roles 124 replacements: 54 women and 70 men Who Was Ousted and Who Stepped In Harvey WeinsteinOct. 5, 2017 Producer and co-founder, the Weinstein Company Andy Mitchell & Milos Brajovic Co-presidents of Lantern Entertainment Charlie RoseNov. 20, 2017 Television host Christiane Amanpour Host, “Amanpour & Company” ▼ View all 201 cases below. 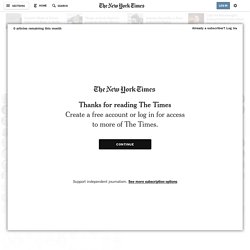 Brit Lit Key Dates - Coach K. Butler. Girl Scout Program Brings Kids to Prison to See Their Moms. ‘Something to Live For’ The Girl Scouts Who Visit Their Moms In Prison Layla during a visit with her mother. 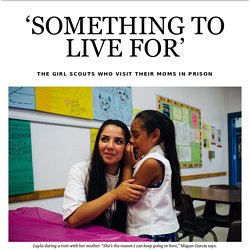