Glogin?mobile=1&URI= MOREHEAD, Ky. — As same-sex couples began receiving marriage licenses here for the first time on Friday, the county clerk who was jailed for refusing to issue licenses was prepared to remain in jail until the issue is resolved in a way that does not conflict with her religious beliefs, her husband and her lawyer said. 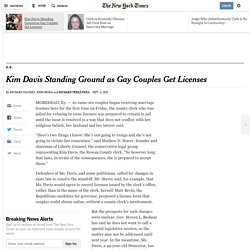 “Here’s two things I know: She’s not going to resign and she’s not going to violate her conscience,” said Mathew D. Staver, founder and chairman of Liberty Counsel, the conservative legal group representing Kim Davis, the Rowan County clerk. “So however long that lasts, in terms of the consequences, she is prepared to accept them.” Defenders of Ms. Davis, and some politicians, called for changes in state law to resolve the standoff. Continue reading the main story But the prospects for such changes were unclear; Gov.

Five employees of her office have agreed to issue licenses without her, a temporary compromise approved Thursday by a federal judge. Mr. Papers were passed. Supreme Court Declares Same-Sex Marriage Legal In All 50 States. Same-sex marriage supporters rejoice outside the Supreme Court in Washington, D.C., on Friday after the U.S Supreme Court handed down a ruling regarding same-sex marriage. 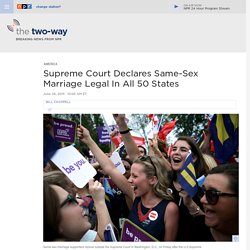 The high court ruled that same-sex couples have the right to marry in all 50 states. Alex Wong/Getty Images hide caption itoggle caption Alex Wong/Getty Images. 11 Things Christians Should Stop Saying to LGBT People Right Now. A Catholic Nun Spent Her Life Fighting for LGBT Rights, Even Against Vatican Wishes  The following post is an excerpt from the new book, If Nuns Ruled the World (Open Road, September 2014), which aims to shatter stereotypes about Catholic nuns. 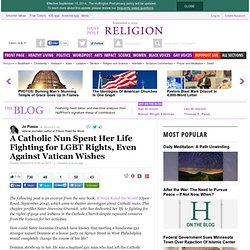 This chapter profiles Sister Jeannine Gramick, who has dedicated her life to fighting for the rights of gays and lesbians in the Catholic Church despite repeated censures from the Vatican for her activities. How could Sister Jeannine Gramick have known that meeting a handsome gay stranger named Dominic at a house party on Spruce Street in West Philadelphia would completely change the course of her life? How Lady Gaga gave fan the courage to come out at her concert. Biggest fan: Lady Gaga with Beau Lamarre. 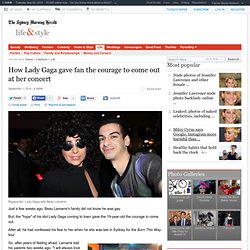 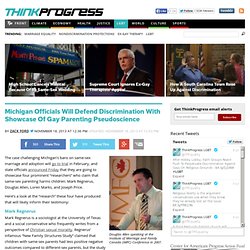 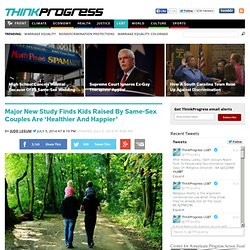 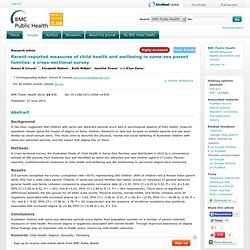 Every Biblical Argument Against Being Gay, Debunked Biblically. 10 Gay Friendly U.S. Companies. List of actions prohibited by the Bible. Preventing Suicide Among LGBTQ Youth. Support Freedom to Marry. Together, We Can Win Marriage Nationwide 2013 is a crucial year for Freedom to Marry. 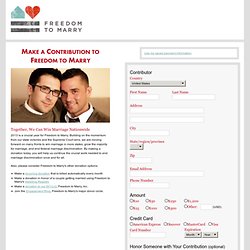 An Ethical Guide To Consuming Content Created By Awful People Like Orson Scott Card. Don't Boycott: Ban Russia From Their Own Winter Olympics. Over the last two weeks there has been a lot of debate about taking Olympic action against Russia for the country's anti-gay laws. 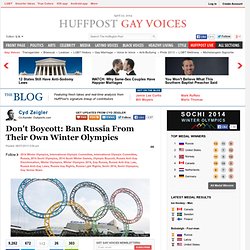 Some say athletes should march into the Opening Ceremony holding rainbow flags, but that would likely result in disqualifications for said athletes, based on the Olympic Charter (rule 50, if you're looking). Others are putting together letters of petition asking the International Olympic Committee (IOC) to take a stand against the Russian laws, but a simple public statement by the IOC would get folded up and used as a coaster in the Kremlin.