Children's Books Should Avoid Propaganda. No literature, including children’s books, can escape being “political” in at least some minimal sense. 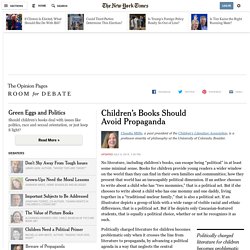 Russell Crowe just told an Ernest Hemingway-esque short story on Twitter. Academy Award-winning actor Russell Crowe has a new film in cinemas, The Water Diviner, and if this series of tweets is a form of indirect promotion, we heartily approve. 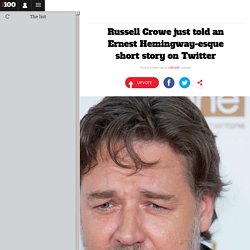 On Saturday he sent 12 tweets about a seemingly innocuous occurrence that was transformed into a quite poignant short story. #1 I just watched a man kick his hat down the street. Just after dawn. Seems a bad way to start the day. It was a nice hat, jaunty, white.— Russell Crowe (@russellcrowe) March 28, 2015 #2 He kicked it. . #3 He kicked it down the footpath, leaving the crowded bus stop behind him. . #4 He crossed the street with his jaunty white hat that now I noticed had a bland band , like something Frank Sinatra might wear by the pool— Russell Crowe (@russellcrowe) March 28, 2015 #5 Then the hat kicking man disappeared from my view behind a garden fence .

Russell Crowe just told an Ernest Hemingway-esque short story on Twitter. “The Moth in the Flame”: An Unpublished Short Story by Truman Capote. Em looked out the window of her cabin; the sky was dark and slate gray and the fields looked as if they had been frozen into furrows. 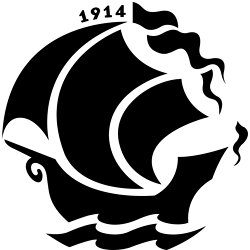 She pulled the quilt closer about her. It certainly was lonesome out in this country, not another farm for four miles, fields on one side, swamp and woods on the other. She felt that maybe she had been born to be lonesome just as some people are born blind or deaf. She stared around the small room, the four walls closing in around her. She sat silent, listening to the cheap alarm clock, tick-tock, tick-tock. Suddenly the strangest feeling crept up her back, a feeling of fear and horror. For a moment she lay so still that she could hear the pounding of her heart, and the clock sounded like a sledge hammer beating against a hollow stump. Slowly she got up and gazed about the room.

She picked up the first thing that she touched, a stick of lighting wood. Only cold silence met her questions. “I know you’re here,” she screamed hysterically. Em whirled around.

The Monkeys Paw 1080.docx. 'There Will Come Soft Rains' story and poem and tasks bklt. Lamb to the slaughter by roald dahl 2. Jackson lottery. The Lady or the Tiger. A Very Old Man with Enormous Wings pdf. The Man in the Well. "Abandoned Well" is licensed under CC BY-NC-ND 2.0. 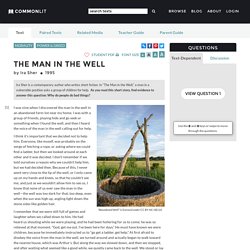 I was nine when I discovered the man in the well in an abandoned farm-lot near my home. I was with a group of friends, playing hide and go seek or something when I found the well, and then I heard the voice of the man in the well calling out for help. I think it’s important that we decided not to help him. Everyone, like myself, was probably on the verge of fetching a rope, or asking where we could find a ladder, but then we looked around at each other and it was decided. I don’t remember if we told ourselves a reason why we couldn’t help him, but we had decided then. I remember that we were still full of games and laughter when we called down to him. The man answered back immediately, “Do you have the ladder?” We all looked at Arthur, and he called back down, “No, we couldn’t find one.” “Go tell your parents there’s someone in this well.

We were quiet, but this time no one stood up or moved. “Have they gone for help?” So What Are You Anyway? The Book of Sands.