Kuniyoshi utagawa. Romans during the Decadence - Google Arts & Culture. It took Thomas Couture three years to complete The Romans of the Decadence the proportions of which betray grand artistic ambitions. 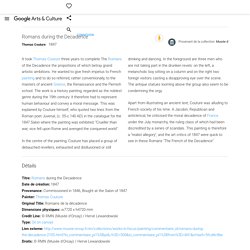 He wanted to give fresh impetus to French painting and to do so referred, rather conventionally, to the masters of ancient Greece, the Renaissance and the Flemish school. The work is a history painting, regarded as the noblest genre during the 19th century: it therefore had to represent human behaviour and convey a moral message. This was explained by Couture himself, who quoted two lines from the Roman poet Juvenal, (c. 55-c.140 AD) in the catalogue for the 1847 Salon where the painting was exhibited: "Crueller than war, vice fell upon Rome and avenged the conquered world". 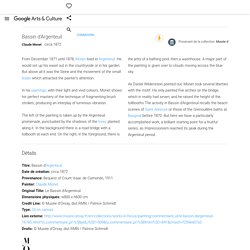 He would set up his easel out in the countryside or in his garden. Large Nude - Google Arts & Culture. Renoir's female nudes, a favourite motif throughout his career, were more often painted in outdoor light than inside a room.In the 1890s, Gustave Geffroy described his models as "instinctive little beings, at once children and women". 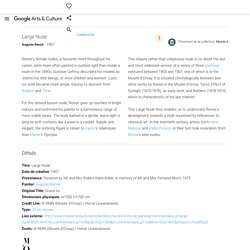 Later, his work became more ample, tracing its descent from Rubens and Titian. For this almost buxom nude, Renoir gave up touches of bright colours and restricted his palette to a harmonious range of more subtle tones. The body bathed in a gentle, warm light is lying on soft cushions like a jewel in a casket. Supple and elegant, the reclining figure is closer to Ingres's odalisques than Manet's Olympia. This chaste rather than voluptuous nude is no doubt the last and most elaborate version of a series of three paintings executed between 1903 and 1907, one of which is in the Musée d'Orsay. This Large Nude thus enables us to understand Renoir's development towards a style nourished by references to classical art.

In the Hall of Mirrors of Versailles, Louis XIV receives Mehemet Raza-Bey, extraordinary ambassador of the Shah of Persia Tahmasp II, 19 February 1715 - Google Arts & Culture. In the year he died, the ageing and sick king insisted on receiving the new ambassador from Turkey with the usual pomp and splendour; at his side is his great-grandson, the future Louis XV. 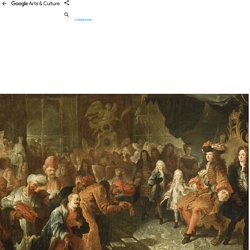 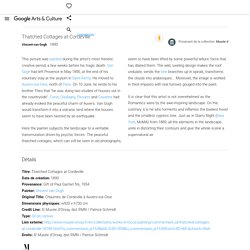 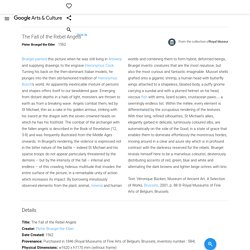 Turning his back on the then-dominant Italian models, he plunges into the then old-fashioned tradition of Hieronymus Bosch’s world. An apparently inextricable mixture of persons and shapes offers itself to our bewildered gaze. Emerging from distant depths in a halo of light, monsters are thrown to earth as from a breaking wave. Marc Chagall’s Ceiling for the Paris Opéra - 1st series of panels - Google Arts & Culture. In 1960, the Minister of Cultural Affairs André Malraux made what in those days was the bold as well as spectacular gesture of commissioning Marc Chagall to paint a new ceiling for the Opéra. 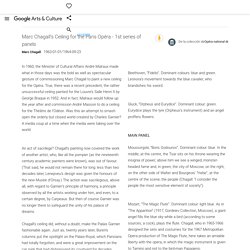 True, there was a recent precedent, the rather unsuccessful ceiling painted for the Louvre’s Salle Henri II by George Braque in 1952. And in fact, Malraux would follow up the year after and commission André Masson to do a ceiling for the Théâtre de l’Odéon. Was this an attempt to smash open the orderly but closed world created by Charles Garnier? A media coup at a time when the media were taking over the world. An act of sacrilege? Chagall’s ceiling did, without a doubt, make the Palais Garnier fashionable again. Likewise, all three interventions brought an element of continuity as well as rupture. First of all, with his sharp, fresh hues – his “admirable prismatic colours” (André Breton) – Chagall continues and completes the reintroduction of colour, which was so important to Garnier. 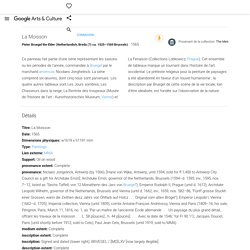