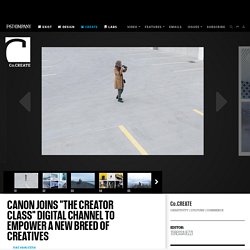 Creators are only limited by their ideas and ability to capture attention. The downside is that these social media stars are pretty much left to go it alone. Toronto content studio Free is looking to bring some of the web’s leading storytellers together and provide them with support and a community with The Creator Class, a new content channel that boasts being "by creators, for creators. " "This channel is meant to empower creators to share their passions for a living," says Chris Unwin, founder and executive director of Free. "What we’re doing with this channel is creating not only a home for them to produce their work but also helping them elevate their creative potential.

" The initiative also includes a branded channel created in partnership with Canon. "We want to give them the opportunity to step to the next level. Why TED Gave Up Control Of Its Brand, And Why You Should, Too. Imagine giving away your formula for success and your brand name in order to grow your business. 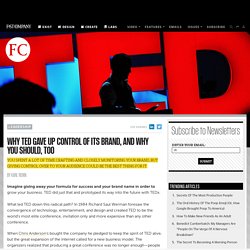 TED did just that and prototyped its way into the future with TEDx. What led TED down this radical path? In 1984 Richard Saul Werman foresaw the convergence of technology, entertainment, and design and created TED to be the world’s most elite conference, invitation only and more expensive than any other conference. When Chris Anderson’s bought the company he pledged to keep the spirit of TED alive, but the great expansion of the Internet called for a new business model. How did they know this approach would work? With TEDx, a grassroots phenomenon that has caught on around the world, TED took another risk. TED’s growth strategy—giving away assets associated with the TED brand for mutual benefit and future growth over time—gave them a huge competitive advantage that allowed them to rapidly scale by building on past success while growing the core business.

Control And Curation Is The New Skill. Home - The People's Bootcamp. Home cooked food from people in your area. Peers Says Its New Focus Is Helping Sharing Economy Workers. Many companies in the “sharing economy” argue that they’re creating a new type of work that is better for workers, who can use platforms like Airbnb, Postmates, and TaskRabbit to choose when they want to work, what they want to do, and how much they want to be paid. 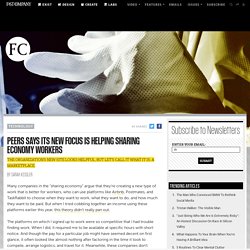 But when I tried cobbling together an income using these platforms earlier this year, this theory didn’t really pan out. The platforms on which I signed up to work were so competitive that I had trouble finding work. When I did, it required me to be available at specific hours with short notice. And though the pay for a particular job might have seemed decent on first glance, it often looked like almost nothing after factoring in the time it took to compete, arrange logistics, and travel for it.

It seemed like a raw deal to me, and many others have agreed that the effect of the sharing economy on workers is not all rainbows and butterflies. That’s not the entire story. We just shouldn't pretend it is enough. The Massive Creative Collaboration Behind Ubisoft's "Assassin's Creed: Unity" Ten teams in six countries spanning 13 international time zones worked on Assassin's Creed: Unity—a massive, four-year undertaking that presented the game's maker, Ubisoft Entertainment S.A. of Montreuil, France, with major practical and logistical challenges—and some serious creative and technical hurdles, as well. 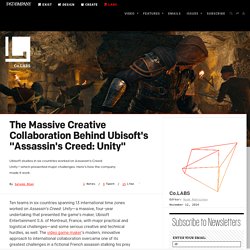 The video game maker's modern, innovative approach to international collaboration overcame one of its greatest challenges in a fictional French assassin stalking his prey in Paris circa the French Revolution in 1789. The latest installment of the popular video game series, out this week, is Ubisoft's first foray into the new generation of gaming consoles (alongside Assassin's Creed: Rogue for the previous console generation, with versions of both games available for PCs). The previous six Assassin's Creed top-tier, AAA titles, as they are known in the industry, have sold upward of 78 million units since 2007, according to Ubisoft. Lyft Sets Its Sights On Commuters With Employee Perks. Medium. “Google das tatuagens”: site permite pedir a artistas do mundo inteiro para desenhar a sua próxima tatuagem. 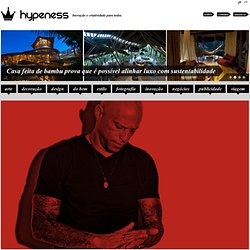