A Poet in the Heart of Noise. Frank O’Hara’s ‘Lunch Poems’ Turn 50. The Ongoing Influence of Frank O’Hara, the Art World’s Favorite Poet. “He tended to write about things that he liked with enthusiasm,” affirms Epstein. 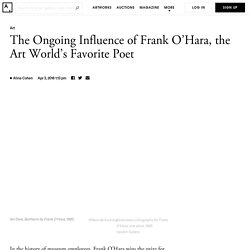 New Directions Publishing. An innovative modernist writer, Hilda Doolittle (1886–1961) wrote under her initials in a career that stretched from 1909 to 1961. 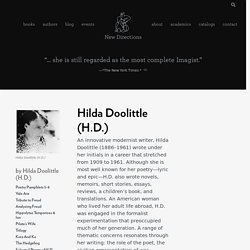 Although she is most well known for her poetry—lyric and epic—H.D. also wrote novels, memoirs, short stories, essays, reviews, a children’s book, and translations. An American woman who lived her adult life abroad, H.D. was engaged in the formalist experimentation that preoccupied much of her generation. A range of thematic concerns resonates through her writing: the role of the poet, the civilian representation of war, material and mythologized ancient cultures, the role of national and colonial identity, lesbian and queer sexuality, and religion and spirituality. H.D. grew up in Pennsylvania, first in Bethlehem and then in Philadelphia when her father became the Director of the Flower Observatory at the University of Pennsylvania.

In 1911 H.D. traveled to Europe and decided to stay, despite her family’s protests. Williams: A Sort of a Song — The Meditation of Art. Continuing to explore spaciousness this week, let’s look at the poetry of the notoriously plainspoken William Carlos Williams. 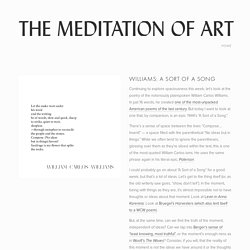 In just 16 words, he created one of the most-unpacked American poems of the last century. This is just to say we have explained the plums in your Twitter feed. What We Don't Know About Sylvia Plath. Many biographies of Sylvia Plath end with the author making a visit to her grave. 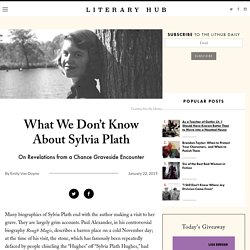 They are largely grim accounts. Paul Alexander, in his controversial biography Rough Magic, describes a barren place on a cold November day; at the time of his visit, the stone, which has famously been repeatedly defaced by people chiseling the “Hughes” off “Sylvia Plath Hughes,” had been removed entirely. A (presumably) local person had erected a handmade wooden cross with “stout two-foot long sticks tied … with a piece of cord.” They had written her name in green felt pen across the wood. Why Teaching Poetry Is So Important. In an education landscape that dramatically deemphasizes creative expression in favor of expository writing and prioritizes the analysis of non-literary texts, high school literature teachers have to negotiate between their preferences and the way the wind is blowing. 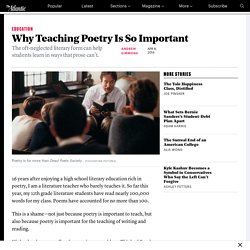 That sometimes means sacrifice, and poetry is often the first head to roll. Yet poetry enables teachers to teach their students how to write, read, and understand any text. Poetry can give students a healthy outlet for surging emotions. Reading original poetry aloud in class can foster trust and empathy in the classroom community, while also emphasizing speaking and listening skills that are often neglected in high school literature classes. Students who don’t like writing essays may like poetry, with its dearth of fixed rules and its kinship with rap. Students can learn how to utilize grammar in their own writing by studying how poets do—and do not—abide by traditional writing rules in their work. Introduction to Poetry by Billy Collins. From Midcentury Confessional Poetry to Reality TV. Studies of confession—even offhand remarks on the subject—must, by custom, begin with a few sweeping claims about Confession in the West. 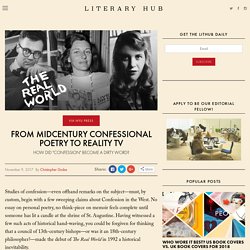 No essay on personal poetry, no think-piece on memoir feels complete until someone has lit a candle at the shrine of St. Augustine. Robert Lowell, The Art of Poetry No. 3. “Nothing good was ever written in a large room,” David McCullough says, and so his own office has been reduced to a windowed shed in the backyard of his Martha’s Vineyard home. 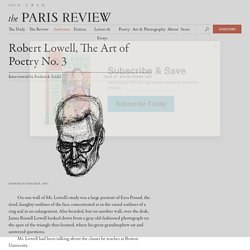 Known as “the bookshop,” the shed does not have a telephone or running water. Its primary contents are a Royal typewriter, a green banker’s lamp, and a desk, which McCullough keeps control over by “flushing out” the loose papers after each chapter is finished. The view from inside the bookshop is of a sagging barn surrounded by pasture. To keep from being startled, McCullough asks his family members to whistle as they approach the shed where he is writing. In its simplicity and modesty, the bookshop is characteristic of an author who prefers to deflect credit for his success—to his material, to his family members, to his upbringing. In person the sixty-six-year-old McCullough is somewhat different from the image projected on public television, where he frequently hosts and narrates programs.

DAVID McCULLOUGH. Poeticous: poems, essays, and short stories. Abstraction is an old story with the philosophers, but it has been like a new toy in the hands of the artists of our day. 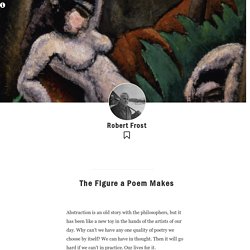 Why can’t we have any one quality of poetry we choose by itself? We can have in thought. Then it will go hard if we can’t in practice. Our lives for it. Granted no one but a humanist much cares how sound a poem is if it is only a sound. Then there is this wildness whereof it is spoken. It should be of the pleasure of a poem itself to tell how it can. North of Boston: Models of Identity, Subjectivity… – Romanticism and Victorianism on the Net. The Most Misread Poem in America. Fast Company. Emily Dickinson Archive. Her Own Society. Emily Dickinson 101 by The Editors. Is the Age of the Artistic Recluse Over? Home Alone With the Ghost of Emily Dickinson. AMHERST, Mass. — Does it matter where a writer lived? 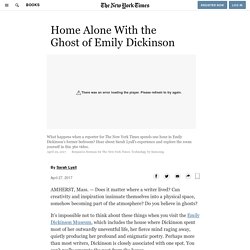 Can creativity and inspiration insinuate themselves into a physical space, somehow becoming part of the atmosphere? Do you believe in ghosts? It’s impossible not to think about these things when you visit the Emily Dickinson Museum, which includes the house where Dickinson spent most of her outwardly uneventful life, her fierce mind raging away, quietly producing her profound and enigmatic poetry. Perhaps more than most writers, Dickinson is closely associated with one spot. You can’t really separate the poet from the house. On a recent afternoon, I found myself all alone in Dickinson’s bedroom, having paid $100 for the chance to spend an hour there. Because Dickinson spent so much time and was so productive here, the room has particular resonance for scholars and lovers of her poetry.

“Oh, yes, I felt closer to her,” Ms. “He was very mysterious about it,” Ms. “This is going to sound weird,” said Ms. Review: ‘A Quiet Passion’ Poetically Captures Emily Dickinson. ‘I’m Nobody’? Not a Chance, Emily Dickinson.