You swine! German nudist chases wild boar that stole laptop. A nudist bather who chased a wild boar near a Berlin lake after it stole his laptop was applauded by onlookers after a successful pursuit. 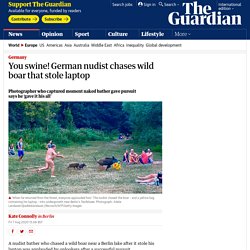 The photographer who captured the drama said the unidentified nudist was happy for her to share the images, which show him in bare-bottomed pursuit of the boar and her two piglets while fellow bathers look on in amusement. “Nature strikes back,” wrote Adele Landauer, a personal coach, on Facebook. “I showed the man the photos, he laughed heartily and gave me permission to make them public.” The man was sunbathing naked at the Teufelssee in west Berlin, a popular and perfectly legal practice in the German capital as part of what is known as FKK, or Freikörperkultur (free body culture). The wild boar, sightings of which have become increasingly common, had apparently spotted a pizza being eaten by other bathers.

“Because the bag contained his laptop, he gave it his all, even though he was in his birthday suit,” explained Landauer. 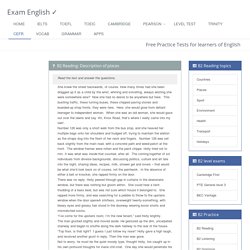 How many times had she been dragged up it as a child by the wrist, whining and snivelling, always wishing she were somewhere else? Now she had no desire to be anywhere but here. This bustling traffic, these fuming buses, these chipped paving stones and boarded-up shop fronts, they were hers. Here, she would grow from defiant teenager to independent woman. When she was an old woman, she would gaze out over the lawns and say ‘Ah, Knox Road, that’s where I really came into my own’.

Lyrics Trainer. BBC Radio 4 - Desert Island Discs - Downloads. ‘We lived in an area known as the slums’: life in 1960s Manchester. I was five when this picture was taken. 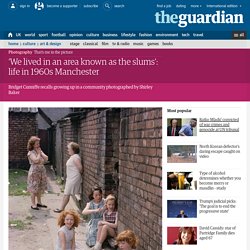 I’m the girl lying on the ground. The two girls in the light blue dresses are my sisters Kate and Mary, who are twins; my oldest sister Sarah is having her hair combed by her friend Marie. We were generally known as the redheaded Murray sisters. My mum is wearing a flowery dress, and talking to our neighbour, Mrs Bowers. I think it must have been a Sunday, because we’ve all got our nice dresses on. We lived in an area of Manchester known as the slums, but we weren’t really aware of that as children. Every 5 November, we’d have a bonfire; we’d spend months beforehand collecting every bit of wood we could salvage from the houses, or taking bits out of abandoned cars. All the houses in our street backed on to the area in this picture, which we called the croft. We found out about this photo in 1989, when Shirley Baker had a book of her photographs published. We’ve stayed close, my sisters and I. That’s why it’s lovely to have this picture. Steve Jobs vs Bill Gates. Epic Rap Battles of History Season 2. 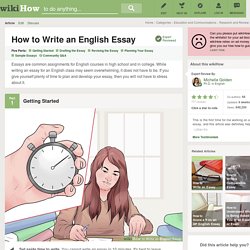 You cannot write an essay in 10 minutes. It's best to leave yourself ample time to write and revise the essay, ideally giving yourself time for a break between drafts. 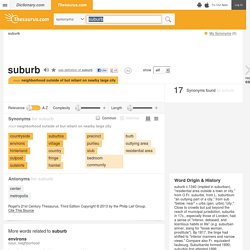 Complexity Complexity sorts synonyms based on their difficulty. Adjust it higher to choose from words that are more complex. Length Length ranks your synonyms based on character count. listsblocks Common words appear frequently in written and spoken language across many genres from radio to academic journals. Informal words should be reserved for casual, colloquial communication. nounneighborhood outside of but reliant on nearby large city Synonyms for suburb Antonyms for suburb Roget's 21st Century Thesaurus, Third Edition Copyright © 2013 by the Philip Lief Group. C1 level English language practice tests. Exam English ✓ Free Practice Tests for learners of English Practice tests at C1 level The following practice tests are at C1 level: 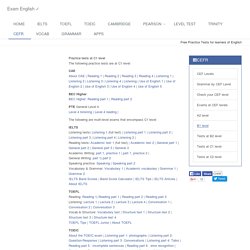 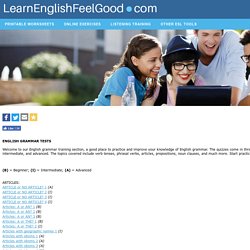