Paul Stamets Speaking on all things Fungi. Agriculture - Sweden - import, export, average, area, crops, annual, system, policy, sector. Only about 2% of Sweden's labor force earned their living in agriculture in 1999, compared with more than 50% at the beginning of the 20th century and about 20% in 1950. 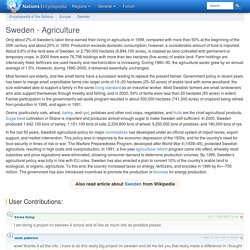 Production exceeds domestic consumption; however, a considerable amount of food is imported. Hans Bjork Sweden. Torrefaction – A New Process In Biomass and Biofuels. Nov November 19, 2008 | 15 Comments Torrefaction is a thermo-chemical treatment of biomass in the 200 to 340 degrees Celsius range. 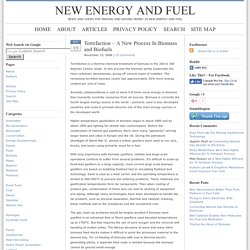 In this process the biomass partly (especially the hemi-cellulose) decomposes, giving off various types of volatiles. The remaining torrefied biomass (solid) has approximately 30% more energy content per unit of mass. Brain Imaging Technologies. Blood Group Information. Although all blood is made of the same basic elements, not all blood is alike. 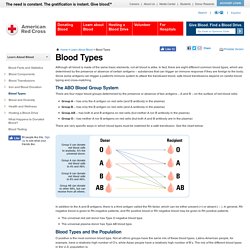 In fact, there are eight different common blood types, which are determined by the presence or absence of certain antigens – substances that can trigger an immune response if they are foreign to the body. Since some antigens can trigger a patient's immune system to attack the transfused blood, safe blood transfusions depend on careful blood typing and cross-matching. 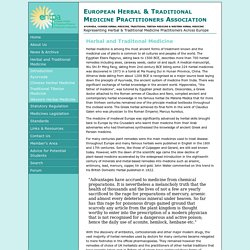 The Egyptian Ebers Papyrus, dating back to 1500 BCE, describes more than 700 herbal remedies including aloes, caraway seeds, castor oil and squill. A medical manuscript, Wu Shi Er Ming Fang, dating from 2nd century BCE listing some 224 herbal medicines was discovered in 1973 in a tomb at Ma Huang Dui in Hunan Province, China. The Atharva Veda dating from about 1200 BCE is recognised as a major source book laying down the precepts of Ayurveda, the ancient system of medicine from India.

For many centuries plant remedies were the main medicines used to treat disease throughout Europe and many famous herbals were published in English in the 16th and 17th centuries. Awesome ways To Start a Fire with Water. A brand new type of rock has formed from our plastic waste. Scientists have announced the existence of a new, trash-based rock type: plastiglomerate. 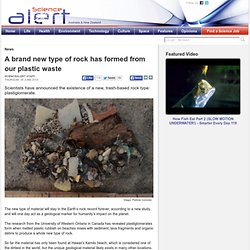 The new type of material will stay in the Earth’s rock record forever, according to a new study, and will one day act as a geological marker for humanity’s impact on the planet. Foldit Gamers FTW. The Scale of the Universe 2. ScienceDebate 2012. Bioluminescence in the Gippsland Lakes. These pictures of bioluminescence in the Gippsland Lakes in my gallery have proven quite popular, so it seems time to provide a story to accompany them. 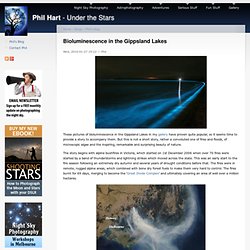 But this is not a short story, rather a convoluted one of fires and floods, of microscopic algae and the inspiring, remarkable and surprising beauty of nature. The story begins with alpine bushfires in Victoria, which started on 1st December 2006 when over 70 fires were started by a band of thunderstorms and lightning strikes which moved across the state. This was an early start to the fire season following an extremely dry autumn and several years of drought conditions before that. 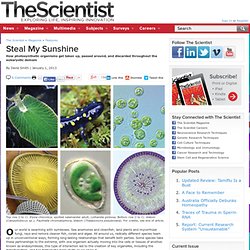 Bottom row (l to r): diatom (Campylodiscus sp.); Paulinella chromatophora; diatom (Thalassiosira pseudonana). For credits, see end of article. Our world is swarming with symbioses. Sea anemones and clownfish, land plants and mycorrhizal fungi, rays and remora cleaner fish, corals and algae. All around us, radically different species team up in unconventional ways, forming long-lasting relationships that benefit both parties. Among the more profitable endosymbioses is one that allows the host to derive energy from sunlight. Know the signs of paleontology. I must die now. 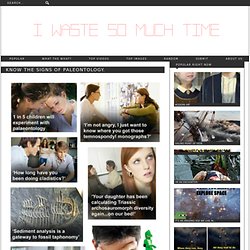 Farewell... Black people problems. Publications. Given the central role of scientific research in MRF, we have created a section for all of the peer reviewed scientific papers produced by MRF staff or papers using MRF material. 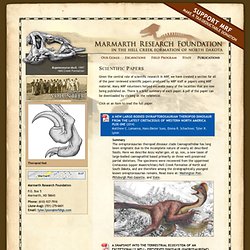 Many MRF volunteers helped excavate many of the localities that are now being published on. There is a brief summary of each paper. A pdf of the paper can be downloaded by clicking on the reference. Click on an item to read the full paper. A New Large-Bodied Oviraptorosaurian Theropod Dinosaur from the Latest Cretaceous of Western North AmericaPLOS ONE (2014)Matthew C. We examine patterns of occurrence of associated dinosaur specimens (n = 343) from the North American Upper Cretaceous Hell Creek Formation and equivalent beds, by comparing their relative abundance in sandstone and mudstone.Transitional fossils and the origin of turtlesBiology Letters (2010)Tyler R.