Green Tara and her Mantra: Om Tare Tuttare Ture Soha. Green Tara Mantra, from ‘Praises to the 21 Taras’ by the Federation for the Preservation of Mahayana Tradition In Tibetan Buddhism, om tare tuttare ture soha is an ancient mantra that is related to Tara, the “Mother of all Buddhas,” and especially to her manifestation as Green Tara. 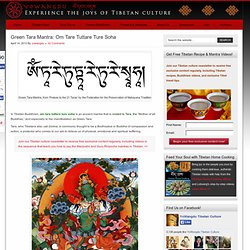 Tara, who Tibetans also call Dolma, is commonly thought to be a Bodhisatva or Buddha of compassion and action, a protector who comes to our aid to relieve us of physical, emotional and spiritual suffering. Join our Tibetan culture newsletter to receive free exclusive content regularly, including videos in the sequence that teach you how to say the Manjushri and Guru Rinpoche mantras in Tibetan. >> Green Tara by Andy Weber, card available at Wisdom Books: www.wisdom-books.com Tara’s 21 Forms Tara has 21 major forms, each of which has a different color and spiritual attribute. 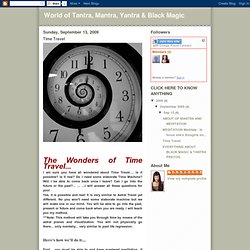 Is it possible? Is it real? Do I need some elaborate Time Machine? Kuji-In: Hands of Power. Kuji-In: The Spirit of Ninjutsu. For centuries, the spiritual practices of Ninjutsu called Kuji-In have been kept a closely guarded secret. 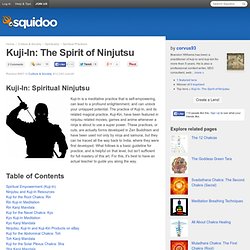 Now, Kuji-In, the key to Ninja super powers, is made available to the public. This is the key to the secret arts of invisibility, super-strength, rapid healing, and fast movement. It has never been a strictly ninja secret, as samurai and Chinese and Indian monks used Kuji-In well before it ever made it to Japan. This instruction also assumes that you have a basic knowledge of the chakra system. The Nine Levels. The nine levels are the main focus of this practice. 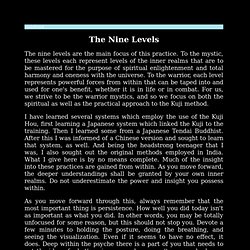 To the mystic, these levels each represent levels of the inner realms that are to be mastered for the purpose of spiritual enlightenment and total harmony and oneness with the universe. MantraScience. The science of mantra is very ancient and was once widely practised in all parts of the world. 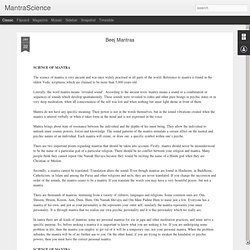 Reference to mantra is found in the oldest Vedic scriptures, which are claimed to be more than 5,000 years old. Literally, the word mantra means ‘revealed sound’. According to the ancient texts, mantra means a sound or a combination or sequences of sounds which develop spontaneously. These sounds were revealed to rishis and other pure beings in psychic states or in very deep meditation, when all consciousness of the self was lost and when nothing but inner light shone in front of them. Mantra do not have any specific meaning. Mind Over Matter: Princeton & Russian Scientist Reveal The Secrets of Human Aura & Intentions. 21tarasltrrdr.pdf. RED_waterfall_sutra.jpg (JPEG Image, 640 × 345 pixels) The Ultimate Enlightenment Explanation & "How To" Discussion. So here it is, the Ultimate Enlightenment thread, which has been in the works for quite some time. 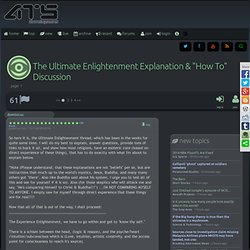 I will do my best to explain, answer questions, provide tons of links to back it all, and show how most religions, have an esoteric core (based on direct experience of these things), that has to do exactly with what I'm about to explain below. *Note (Please understand, that these explanations are not "beliefs" per se, but are instructions that much up to the world's mystics, Jesus, Buddha, and many many others got "there". How to open the chakras quickly - it's about SOUND, VIBRATION (vowels) NOT visualization.

Most people do not understand that The Vedas (Hindu Scriptures) are a religion based on SOUND not visualization. 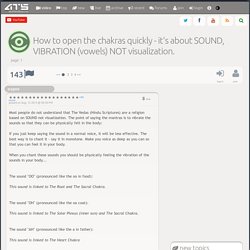 The point of saying the mantras is to vibrate the sounds so that they can be physically felt in the body: If you just keep saying the sound in a normal voice, it will be less effective. The best way is to chant it - say it in monotone. Make you voice as deep as you can so that you can feel it in your body. When you chant these sounds you should be physically feeling the vibration of the sounds in your body... The sound "OO" (pronounced like the oo in food): Tara The Liberator « FPMT. The Power of Tara Mantra “Om Tare Tuttare Ture Swaha” for daily protection. Tara is known to protect from fear and danger, heal illness, increase longevity and increase prosperity. 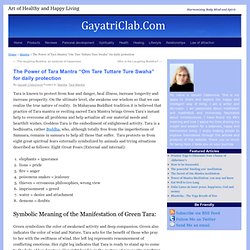 On the ultimate level, she awakens our wisdom so that we can realize the true nature of reality. In Mahayana Buddhist tradition it is believed that practice of Tara mantra or reciting sacred Tara Mantra brings Green Tara’s instant help to overcome all problems and help actualize all our material needs and heartfelt wishes. Goddess Tara is the embodiment of enlightened activity. Tara is a bodhisatta, rather Buddha, who, although totally free from the imperfections of Samsara, remains in samsara to help all those that suffer. Tara protects us from eight great spiritual fears externally symbolized by animals and trying situations described as follows: Eight Great Fears (External and internal): 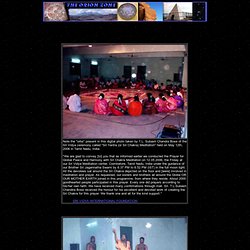 It is the symbolic representation and the two-dimensional view of the golden-coloured mystical mountain called Mahameru, which is said to be at the center of the universe, with nine settlements guarded by eight mountains. The origin of Sri Yantra can be dated back to 2500-3000 B.C. It is a mystical symbol and remains a challenge to our modern scientific knowledge. This particular sacred symbol has undergone much intensive research globally for several hundred years. Way of Mantra - Wealth & Abundance. Welcome to the Wealth & Abundance page. 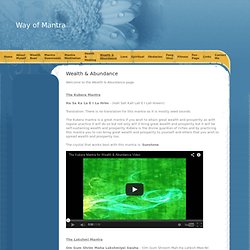 How can I open/decalcify my Third Eye? Step inside and I will show you. Many of you here on ATS, may know that I am a man of many different interests and I have written many articles for you fine folks here. Primarily a sect of information that I focus on is spirituality and medicine. This post will be a union of the two. I have seen many threads open up here at ATS, and in this section notably, by many inquisitive and curious minds about how they may decalcify or open up their third eye. How to Get “High” Without Drugs. Binaural Beats are the products of two different sounds in harmony; they produce sounds that are only heard by the brain. The effect of this can be quite calming, relaxing and meditative. There are many different types of binaural beats that can suit your specific mood and also help with various ailments.

Many people have said that if you are someone who generally has trouble with quieting the mind and meditation (like me), then binaural beats are likely to have a greater affect on your overall ability to reach the higher frequency states. Furthermore, studies have shown that these beats can assist with mental clarity, more focused thought patterns, increased energy, heightened creativity and many more positive changes for your overall wellbeing.

How can I open/decalcify my Third Eye? Step inside and I will show you. Collective-Evolution. With the recent release of the documentary film “Take Back Your Power” by Josh del Sol, the conversation surrounding the risks of Smart Meters has escalated to an entirely new level. This may very well be the catalyst that causes this global issue to reach a tipping point. A steady stream of research and concerns continues to be met by the deaf ears of the power companies and the establishment. The film brings to light not only the anecdotal experiences of individuals who are experiencing everything from minor discomfort to even death as a result of smart meters. Blood samples analyzed under a dark field microscope clearly show the immediate damaging effects of smart meters on human blood cells. There can be no question from these results that these devices are not as benign as we have been led to believe.

Collective-Evolution. List of Manufacturers, Prices and Features. Isolation Chambers: Healing for the Mind and Soul. According to scientists, this is the most relaxing tune ever recorded. Posted on Sep, 18 2013 @ 06:57 PM I've known this a long time. I listen to a lot of ambient and it's very relaxing. Oftentimes it's euphoric. Sometimes it's faster paced and more exciting. According to that list, DJ Shah - Mellomaniac was #3 most relaxing song. I particularly like the music artist Solar Fields. Listen to samples here for the Blue Moon Station album: www.discogs.com - Solar Fields Blue Moon Station... Google chill-out music. But I think no everybody is made for this kind of music. Edit on 18-9-2013 by jonnywhite because: (no reason given) Microsoft Word - SREE LALITHA SAHASRANAMA STOTRAM.doc - sree-lalitha-sahasranama-stotram1.pdf. More benefits of chanting the Lalita Sahasranamam. Chapter 3 of the Lalita Sahasranama describes the benefits (phala sruti) of chanting the Lalita Sahasranama (Ref.

"Lalita Sahasranaman with Bhaskaraya's commentary translated into English by R. Anantha Krishna Sastry) I have summarized some of the salient points here for the benefit of the members of the Forum. 1. The Orion Zone. Stephen Knapp and his books on Spiritual Enlightenment and Vedic Culture.