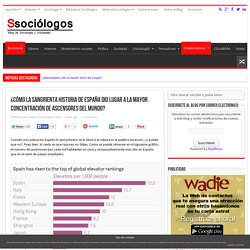 What Bruce Lee Can Teach You About Design. Bruce Lee didn't know much about design, but he was not short on useful life philosophies. 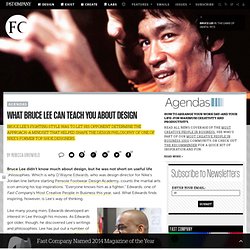 Which is why D'Wayne Edwards, who was design director for Nike's Jordan line before starting Pensole Footwear Design Academy, counts the martial arts icon among his top inspirations. "Everyone knows him as a fighter," Edwards, one of Fast Company's Most Creative People in Business this year, said. What Edwards finds inspiring, however, is Lee's way of thinking. Like many young men, Edwards developed an interest in Lee through his movies. Alternate Reality Game Will Turn You Into a Fitness Maniac.

"Alternate reality game" is the term du jour for what used to be called "playing make-believe with your friends outside. 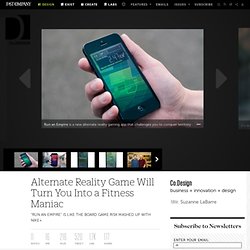 " The main difference is that ARGs are designed by professionals, aimed at adults, and usually harness the Internet and mobile phone technology to create their fantasy worlds as virtual "layers" over the real world. Silicon Valley's Smart Tech Foundation Launches $1 Million Competition For Safer Guns. Silicon Valley likes to think of itself as the ultimate problem solver. 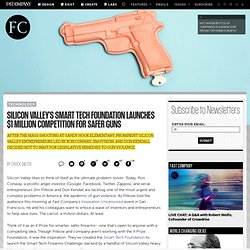 Today, Ron Conway, a prolific angel investor (Google, Facebook, Twitter, Zappos), and serial entrepreneurs Jim Pitkow and Don Kendall are tackling one of the most urgent and complex problems in America: the epidemic of gun violence. As Pitkow told the audience this morning at Fast Company's Innovation Uncensored event in San Francisco, he and his colleagues want to entice a wave of inventors and entrepreneurs to help save lives. Paro agropecuario y Diseño Industrial en Colombia. Stealth Wear Makes A Jump From Art To Product.

Artist Adam Harvey has been working with the idea of anti-surveillance for years, creating, for instance, a handbag that thwarts paparazzi with a flash of its own, a series of portraits that fool face-recognition technologies with blocks of makeup and obtrusive hairstyles, and a line of “stealth wear” designed to camouflage its wearers from drones. 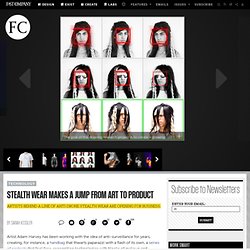 But only recently did his projects begin to seem as marketable as they are provocative. His latest invention, a collaboration with performance wear designer Johanna Bloomfield called “OFF pocket,” is an envelope for cell phones that supposedly blocks all cellular, Wi-Fi, and GPS signals. More than 650 Kickstarter backers have contributed $56,447 to see it be manufactured en mass. The project may not have generated as much interest before the NSA’s mass electronic surveillance program was revealed to the public earlier this year. How Infographics Are Changing Congress. Back in June, something amazing happened in Congress. 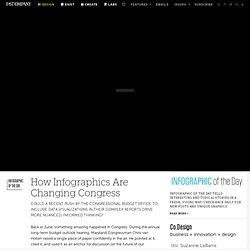 During the annual long-term budget outlook hearing, Maryland Congressman Chris van Hollen raised a single piece of paper confidently in the air. He pointed at it, cited it, and used it as an anchor for discussion on the future of our economy. This paper wasn’t a bill or even a full budget report. Abre en Madrid la primera tienda de guillotinas de Europa. Aviso: Esta noticia tiene más de un año. Última actualización: 13/12/2012. IvyConnect, The Social Network That's Too Good For You. For the most part, the Internet is a democratic place. 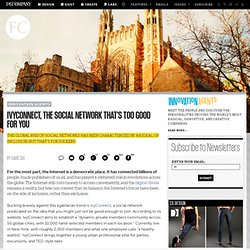 It has connected billions of people, made publishers of us all, and has played a (debated) role in revolutions across the globe. The Internet still costs money to access conveniently, and the digital divide remains a reality, but few can contest that on balance, the Internet’s forces have been on the side of inclusion, rather than exclusion. New Technology Sends Ads Directly Into Your Brain. Wildly Experimental Corsets, Inspired By Orthopedics And Smallpox. Apart from a few broken fingers and arms resulting from “a very sporty youth,” Marina Hoermanseder’s personal experience with hospitals and doctors has been relatively limited. 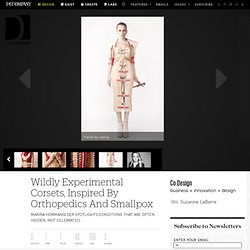 It was during a coveted--and incredibly fruitful--three-month internship at Alexander McQueen that the Austrian designer developed a somewhat unlikely fascination. Corsets, specifically, caught her interest. “I liked the way they embraced female forms,” she tells Co.Design. And thus began a deep, sometimes twisted dive into the structural undergarments. Amplifying Creative Communities. 3D-printed Robohand helps children born without fingers. News: a prosthetic hand designed for people with missing fingers has been made available to download from the 3D-printing design database Thingiverse (+ movie). 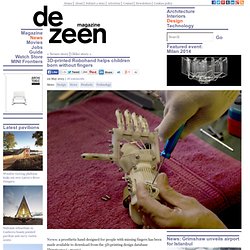 How 3D printing is changing health and medicine. In this extract from Print Shift, our one-off publication about 3D printing, editor Claire Barrett reports on the growing number of medical applications for the emerging technology and asks how soon we can expect 3D-printed organ transplants. 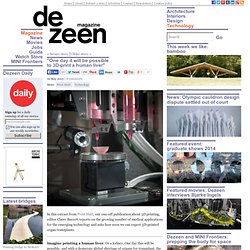 Imagine printing a human liver. Or a kidney. One day this will be possible, and with a desperate global shortage of organs for transplant, the medical industry is pouring resources into developing technologies that will make this a reality. "Eighteen people die every day in the US waiting for a transplant," says Michael Renard, executive vice president for commercial operations at San Diego-based Organovo, one of the companies that is leading the way in tissue engineering. Goggles Block Facial Recognition Algorithms. How Misinformed Ideas About Profit Are Holding Back The World's Poor.

I run a for-profit business that delivers products and services to customers earning less than $6 a day in West Africa. When I tell people this, I frequently encounter disbelief or concern. The three most common responses I hear are: Surely you can’t make money working with people who are so poor? Don’t you feel like you are taking advantage of these people by making money from them? Wouldn’t charity do a better job of meeting their needs? 5 Ways That Today's Culture Will Impact Product Designs Of The Future. I was recently given a behind the scenes visit to the anthropology archives at the American Museum of Natural History in New York by Paul Beelitz, director of collections and archives in the museum’s Anthropology Division.

One of the drawers in the Hopi Indian section housed a pair of moccasins in a particular hue of green that couldn’t possibly have come from a plant or insect shell. Beelitz said this unique color was a perfect example of what anthropologists like to call “culture contact.” During the tour, I knew when I saw chemical-based paints, or further back, glass beads, that Europeans had come in contact with the native peoples and influenced their creative process.

What will anthropologists of the future think of the swath of time that encompasses the advent of the geodesic dome, the Shinkansen train, and Judith Jones’s soufflé recipe; but also the popularity of gas-guzzling SUVs as we near peak oil? A New Ingeniously Designed Shelter For Refugees. What do you do when a flash mob of a million homeless refugees shows up to your third world country from the neighboring third world country? Make them sleep on the hot (or cold) ground and wait for the United Nations to show up with crappy tents, of course. Until next month, that is, when you’ll be able to put them up in solar-powered huts on the cheap. A More Friendly Condom Brand, Designed For Women. To Talia Frenkel, the condom aisle is a battlefield. The brands--Magnum, Trojan, Armor--default to an aggressive maleness (a "sex-is-war kind of thing") that’s out of touch with modern sexuality.

"Why do I feel I’m entering an artillery unit? " she asks. "There’s nothing sleek or sexy or sophisticated about them. It’s fire and ice. Frenkel’s response to the man-centric prophylactic market is the L.